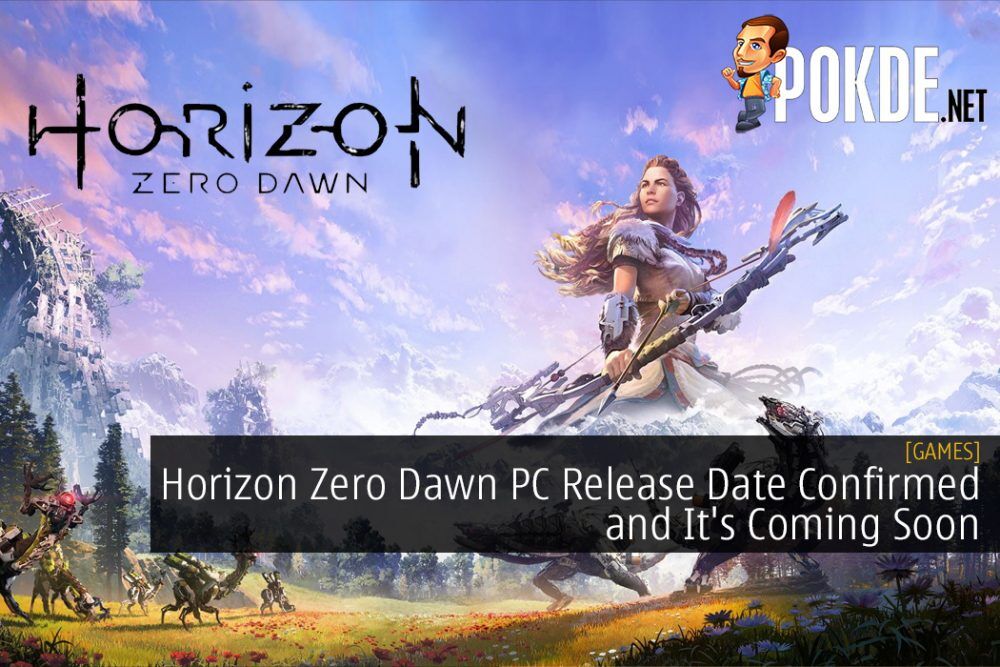 We knew for a while that a number of major console exclusives are coming to PC, but we didn’t know when exactly. Now, the Horizon Zero Dawn PC release date has been officially unveiled, and it’s coming surprisingly soon.

Announced via a new trailer on the Guerilla Games YouTube channel, the Horizon Zero Dawn PC release date is set for 7th August 2020. It will be coming to Steam as the Complete Edition, which will have the base game as well as The Frozen Wilds DLC. Apart from that, it will also come with a digital art book, cosmetics, and packs.

As the game is running on PC, it has received quite a number of notable upgrades. This includes better graphics, variable frame rate, ultra-wide support, improved reflections, and graphics customization options. The game already looked to great to begin with, especially on the PS4 Pro, but it looks much better on PC.

In case you’re wondering, the game’s sequel, Horizon: Forbidden West, will still be a PS5-exclusive when it comes out sometime in 2021. There is a chance it will be released on PC, but you definitely have to wait some years before that happens, just like this one.

Once again, the Horizon Zero Dawn PC release date is set for 7th August 2020. You can pre-purchase the game from today onwards at the price of USD $49.99 / RM80. To head straight to the official Steam page for the game, click right here.

Pokdepinion: I might just play it again when it’s out on PC, but not necessarily so soon. It will serve as a good refresher before the sequel is out.

Aiman Maulana
Jack of all trades, master of none, but oftentimes better than a master of one. YouTuber, video editor, tech head, and a wizard of gaming. What's up? :)
Pokde Recommends
ActionGamingGuerilla GamesHorizon Zero DawnlaunchMalaysiaopen worldPC portGamingNewsPCMR
MORE
Read More
4636

Samsung may skip to 3nm directly to leapfrog over TSMC
Next