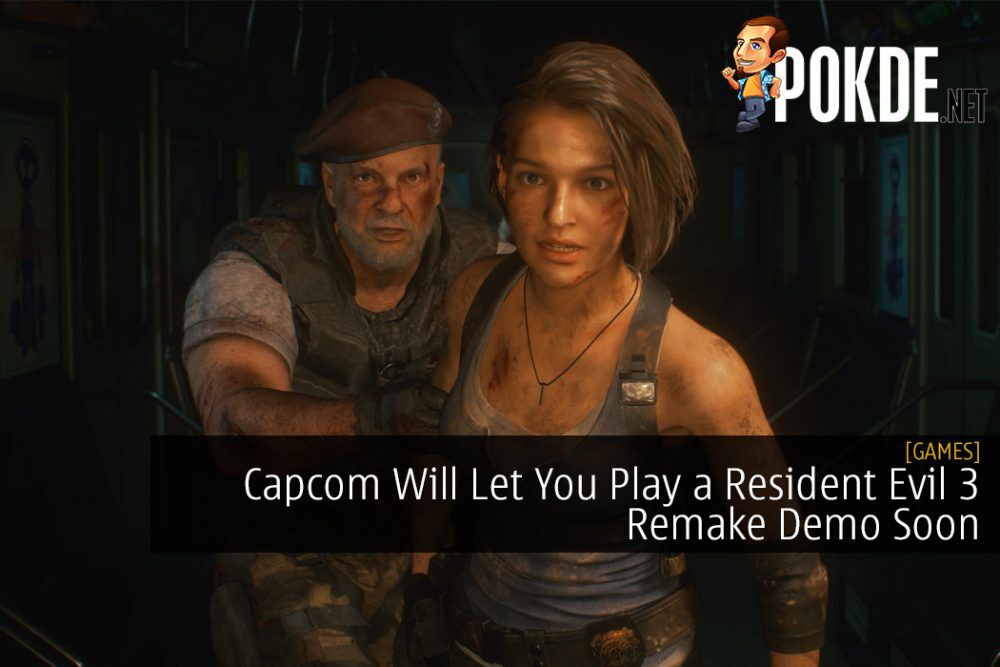 It was written in the STARS… 💫
A Resident Evil 3 Demo is on the way. We’ll have more details in the near future! pic.twitter.com/wqN2AwI3pH

Similar to the previous game which also saw a playable demo, the new one will be receiving the same treatment. However, details are scarce at the moment so we’re not sure if it will be a timed demo and what it will be releasing. Given that we’re slightly over a month until the game’s release, we wouldn’t be surprised to hear about it as soon as end of this week.

Capcom tweeted this out on the Resident Evil 3 Remake demo:

A Resident Evil 3 Demo is on the way. We’ll have more details in the near future!

Resident Evil 3 Remake will be coming to the PlayStation 4, Xbox One, and PC on 3rd April 2020.

Excited to try out the game? Join the discussion right below here.

Pokdepinion: I highly doubt it will be a timed demo. I think Capcom would want as many people to try it out in order to entice the gamers into buying the actual game. We’ll just have to see about that.

Aiman Maulana
Jack of all trades, master of none, but oftentimes better than a master of one. YouTuber, video editor, tech head, and a wizard of gaming. What's up? :)
Pokde Recommends
capcomdemoGamingHorrorMalaysiaPCMRPS4resident evil 3 remakeGamingMicrosoftNewsPCMRPS 4SonyXBOX One
MORE
Read More
650