The Foolish Samurai Warrior is Back with Samurai Jack: Battle Through Time 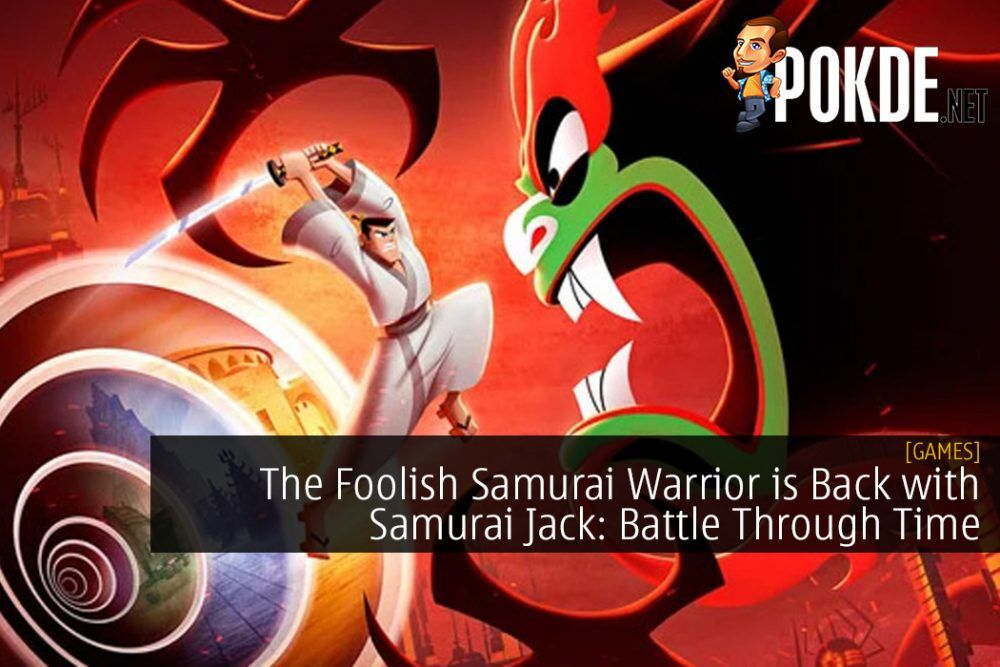 If you’re a big fan of the “foolish samurai warrior” when it aired years ago, then this would be a treat. Adult Swim Games have announced a new game based on the cartoon series, and it’s called Samurai Jack: Battle Through Time.

The game takes place just before the final battle with the evil Aku. Players will take control of the titular character as you fight through several, different alternate timelines in order to reach Aku and deal the finishing blow.

If you’re wondering who are the people behind the game, Japanese studio Soleil Games is the one charge of development. They’ve previously made games like Naruto to Boruto: Shinobi Striker and Travis Strikes Again: No More Heroes. They should have more than enough experience with 3D action-adventure games to make a good one out of this. Interestingly, the last time we have a game based on the cartoon series was in 2004 for the PS2 and Nintendo Gamecube.

Samurai Jack: Battle Through Time will be coming to the PlayStation 4, Xbox One, Nintendo Switch, and PC. No release date is available yet aside from a vague Summer 2020 but we will be reporting on it as soon as information becomes available so stay tuned. Be sure to check out the trailer at the top of this post.

Got some fond memories of Samurai Jack? Join the discussion right below here:

Pokdepinion: When I first heard about this, I thought it was some kind of joke. Now I’m just excited to see the game in its full glory. I’m wondering if it will be released towards the end of 2020 or not.

Aiman Maulana
Jack of all trades, master of none, but oftentimes better than a master of one. YouTuber, video editor, tech head, and a wizard of gaming. What's up? :)
Pokde Recommends
ActionadventureGamingMalaysianintendo switchPCMRPS4Xbox OneGamingMicrosoftNewsNintendoPCMRPS 4SonySwitch
MORE
Read More
247