PlayStation 5 VS Xbox Series X Specs Comparison – Which is the Superior Console? 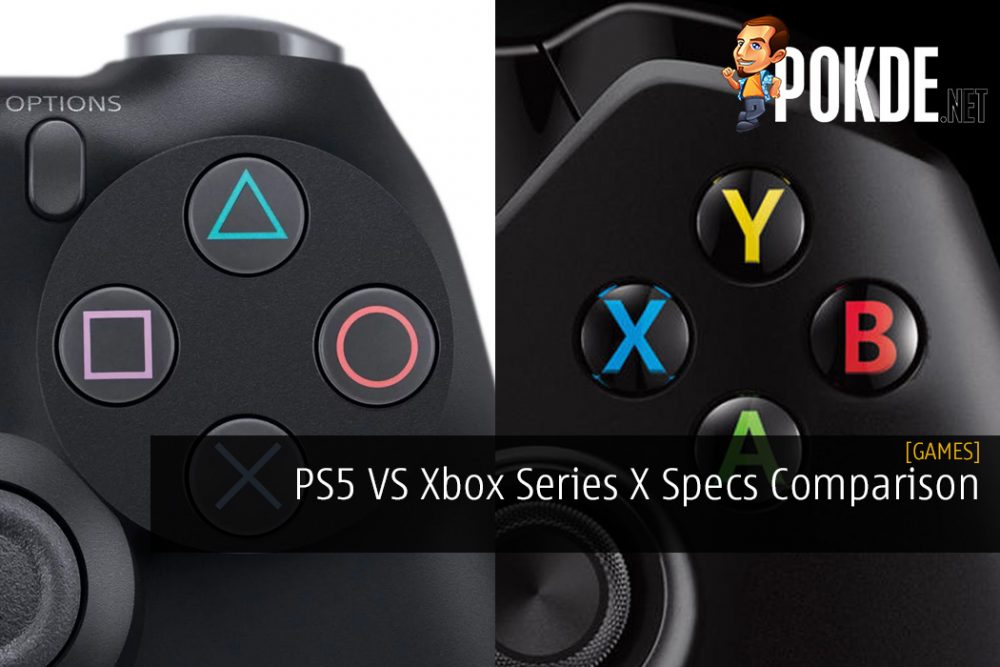 Previously, we had a more in-depth look inside both the PlayStation 5 and Xbox Series X, which you can read about by clicking here and here respectively. Needless to say, they’re both very powerful machines. However, I’m sure some of you are curious as to how they stack up against each other. Let’s take a look the PlayStation 5 VS Xbox Series X specs comparison.

From the specs comparison above, it appears that the Xbox Series X has more power than the PlayStation 5. The CPU has higher clock speeds, the GPU has 16 more compute units, and is capable of an extra 1.72 teraflops of performance. Both are using the similar custom AMD Zen2 CPU and RDNA 2 GPU.

We can also see a number of similarities between the two consoles. This includes RAM, storage capacity, expandable storage, optical drive, and performance target. On the performance target, this is going to be hard to say for sure as it will truly depend on what game is running.

PlayStation 5 Still Has Some Tricks Up Its Sleeves

It’s not a complete loss for the PlayStation 5 however, as they easily win in the expandable storage department. Xbox Series X uses proprietary expansion cards developed in partnership with Seagate whereas as the PS5 uses M.2 drives, which are widely more available.

It’s hard to be conclusive on the I/O throughput and memory bandwidth sections as it can greatly vary in real-life situations. In the case of memory bandwidth, we’re not too sure if the one listed for PS5 is consistent throughout but if it is, then it sits comfortably in the middle of the Xbox Series X’s bandwidth for 6GB and 10GB.

Aside from the PlayStation 5 VS Xbox Series X specs comparison, we talked a bit more in-depth on the expandable SSD storage. Click right here to check it out.

Can We Declare a Winner?

Based on the specs alone, the Xbox Series X has the upper hand. However, the end result may differ quite a bit as it will also depend on the software. It’s like how you could have a lower spec console perform similarly to a high spec gaming PC due to software optimizations.

On another note, there is also a chance that given the lower CPU and GPU power of the PlayStation 5, it might end up being cheaper than the Xbox Series X. Price will definitely play a big role in which side gamers will take in the next-gen console wars.

Lastly, while performance will certainly be a good attraction, the games library for each platform will be the ultimate deciding factor. Microsoft has been doing their best to acquire game studios to improve their 1st party offerings and Sony is not slowing in that area as well.

One thing’s for sure, we are now starting on a new, exciting gaming experience, and I’m sure many of us can’t wait to get our hands on the next generation of video game consoles. Hopefully, more people will be able to get their hands on them soon.

Aiman Maulana
Jack of all trades, master of none, but oftentimes better than a master of one. YouTuber, video editor, tech head, and a wizard of gaming. What's up? :)
Pokde Recommends
AMDcomparisonconsoleGaminghardwareMalaysiaMicrosoftnext-genBlogGamingMicrosoftPS5Sony
MORE
Read More
741

AMD Ryzen 5000 CPUs can run on ASRock X370 motherboards, but AMD really doesn’t want you to do that
Comments
Leave a response

Environmental Damage Has Been Reduced in Genshin Impact So You Can Stop Burni...
Next