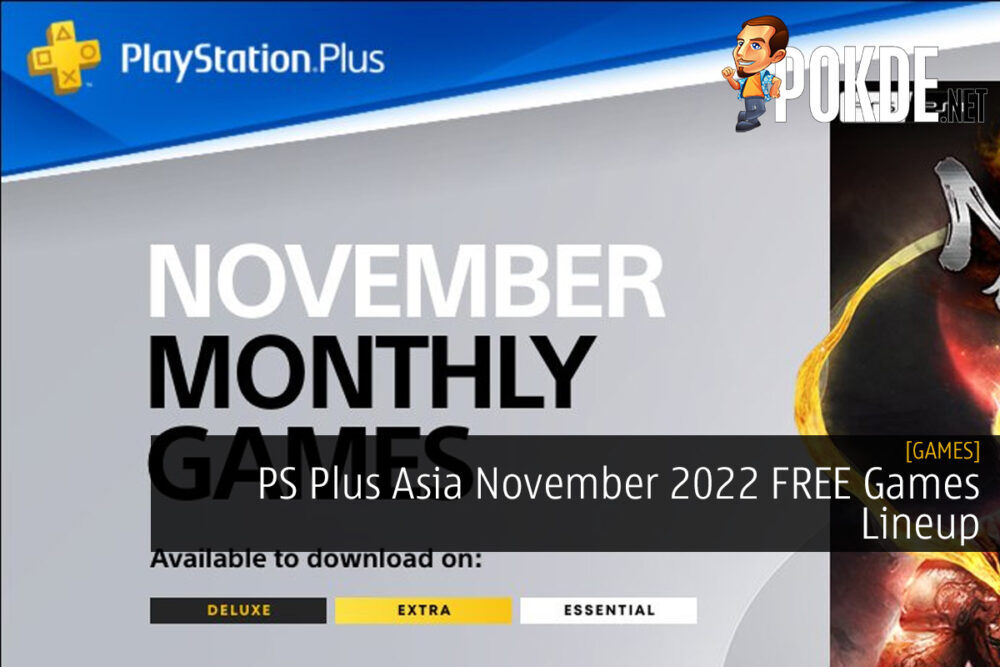 After the alleged leak, the PS Plus Asia November 2022 free games lineup has officially been announced, and it’s pretty much what you expected.

Your PlayStation Plus Monthly Games for November:

Just as the leak has suggested, the games coming as part of the PS Plus Asia November 2022 is Nioh 2, LEGO Harry Potter Collection, and Heavenly Bodies. This free games lineup is expected to be the same with its US and EU counterparts.

For Nioh 2 and Heavenly Bodies, it will include both the PS5 and PS4 versions of the games whereas for LEGO Harry Potter Collection, it will only be the PS4 version. It will still work perfectly fine on the PS5, just not optimized for next gen hardware.

The PS Plus Asia November 2022 free games lineup will be available to claim starting 1st November to 6th December 2022. If you haven’t claimed October’s lineup yet, you have just a little bit of time left by the time you read this.

Pokdepinion: This is a spectacular lineup, if I do say so myself. Personally, I’ve been avoiding Nioh 2 as I didn’t want a rage-inducing game but now, I suppose it’s worth a shot.

Aiman Maulana
Jack of all trades, master of none, but oftentimes better than a master of one. YouTuber, video editor, tech head, and a wizard of gaming. What's up? :)
Pokde Recommends
consolefree gamesGamingMalaysiaPlayStationPS PlusPS Plus AsiaPS4GamingNewsPS 4PS5Sony
MORE
Read More
806

Apple Essentially Confirms Next iPhone Will Come with USB-C
Next

How Does Our Sleeping Habits Change Over The Pandemic?
Latest Video
Read More
2400