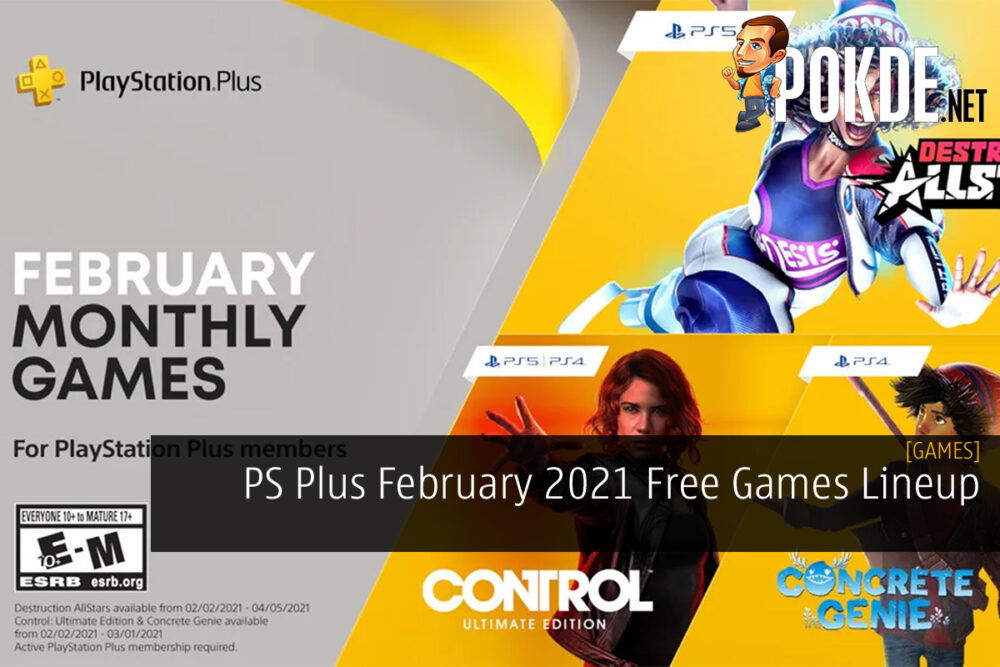 First on the PS Plus February 2021 list is Destruction AllStars. It is an upcoming vehicular combat game set to debut next month. Master the art of intense vehicle-based combat through timing, tactics and skills to cause colossal amounts of damage, destruction and devastation in vibrant arenas across the globe.

A roster of 16 blockbuster Destruction AllStars are revved up and ready to compete in the name of entertainment and demolition. So, strap in for intense, explosive and unpredictable levels of free-flowing action and fight to be crowned the Global Destruction Federation Champion.

Next on the PS Plus February 2021 list is Control: Ultimate Edition which is available on both PS5 as well as PS4. A corruptive presence has invaded the Federal Bureau of Control. Only you have the power to stop it. The world is now your weapon in an epic fight to annihilate an ominous enemy through deep and unpredictable environments. Containment has failed, humanity is at stake. Will you regain control?

Control: Ultimate Edition contains the main game and all previously released Expansions (“The Foundation” and “AWE”).

Last game on the PS Plus February 2021 free games lineup is Concrete Genie. Released in 2018, Concrete genie is an action-adventure game where you play Ash, a young boy from a small town named Denska.

Create your very own street art on Denska’s polluted walls, and watch as the mischievous Genies you paint spring into life and come to your aid. Each Genie possesses magical elemental powers that not only help you overcome puzzles and see off your adversaries, but are also the key to changing Ash’s and Denska’s destiny.

That’s it for the PS Plus February 2021 free games lineup. If you haven’t redeemed this month’s free games from PS Plus, there is still time left to do so if you’re quick enough.

Pokdepinion: Pretty cool of Sony to offer Control: Ultimate Edition on both PS4 and PS5 in the PS Plus February 2021 free games lineup. Wish the PS Plus Asia February lineup had both versions too. I have little to complain though as the actual lineup is pretty good already.