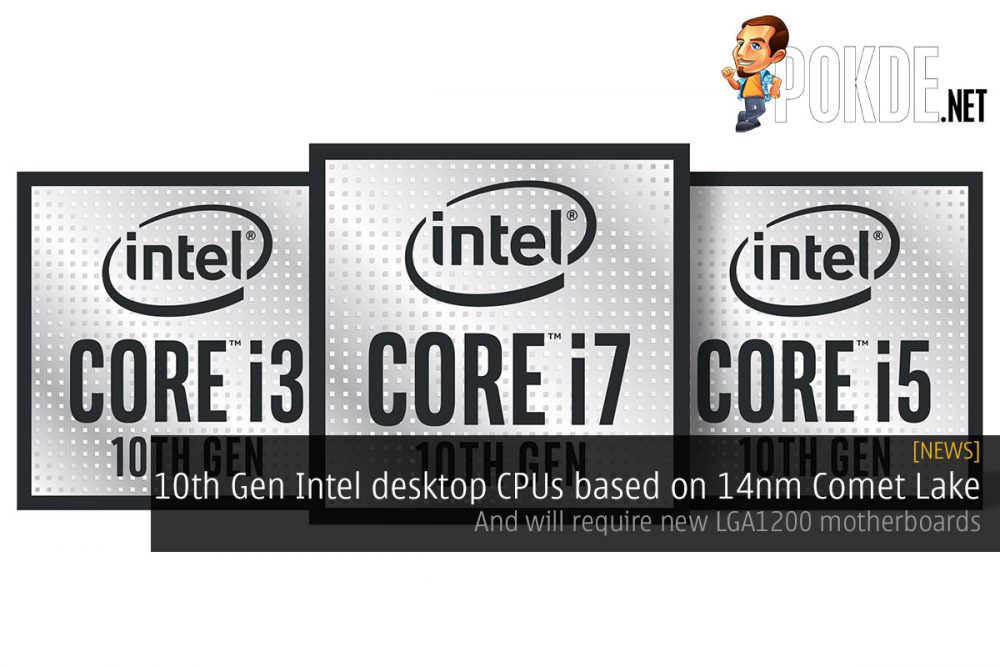 While AMD has pushed the limits when it comes to the AM4 platform’s backward and forward compatibility, Intel… is just being Intel. According to these leaks received by xfastest, the upcoming 10th Gen Intel desktop processors will be based on Comet Lake, which is manufactured on Intel’s mature 14nm process node.

If these slides are legit, we will be looking at 10 cores and 20 threads in Intel’s mainstream platform for the first time. Just like the mobile variant, the 10th Gen Intel desktop Comet Lake CPUs will also come with integrated WiFi 6 support. The maximum TDP has also increased quite substantially, with the enthusiast tier seeing a 125W TDP. Not too surprising though given the increased core count. 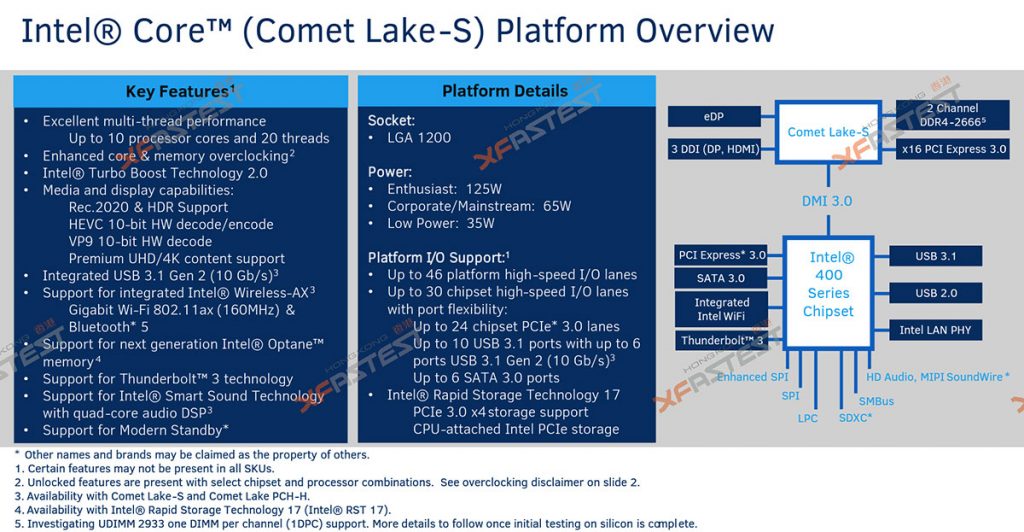 The new motherboards which these Comet Lake-S processors will need are also going to finally sport a new socket, reportedly LGA 1200. Hopefully the new socket will still be compatible with current LGA115x cooler mounts. Of course, with a new generation, there must be a new chipset to support all the features, and this time we will be seeing the Intel 400-series chipset.

The new 10th Gen Intel desktop processors are expected to be launched early next year, so you still have some time to save up.

Pokdepinion: I wonder how many watts would a 10-core guzzle at 5.0 GHz… If it can even clock that high…

Cooler Master Reveals The New MasterBox CM694 At RM499
Next