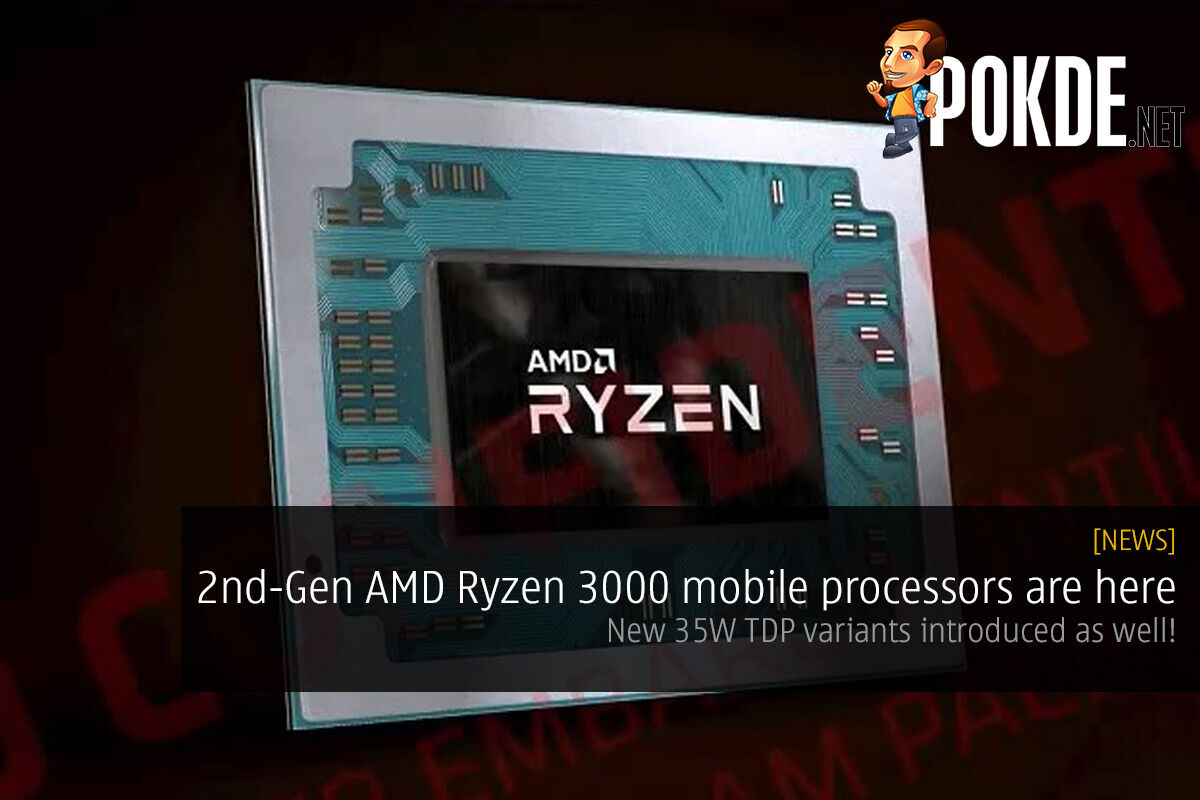 AMD Ryzen Mobile processors have been around for some time, but they haven’t exactly been popular. Despite offering competitive performance, it didn’t get picked nearly as much as Intel’s solutions did. Hopefully, with the upgraded performance of the AMD Ryzen 7 3000-series mobile processors, they will finally bring the fight to Intel. 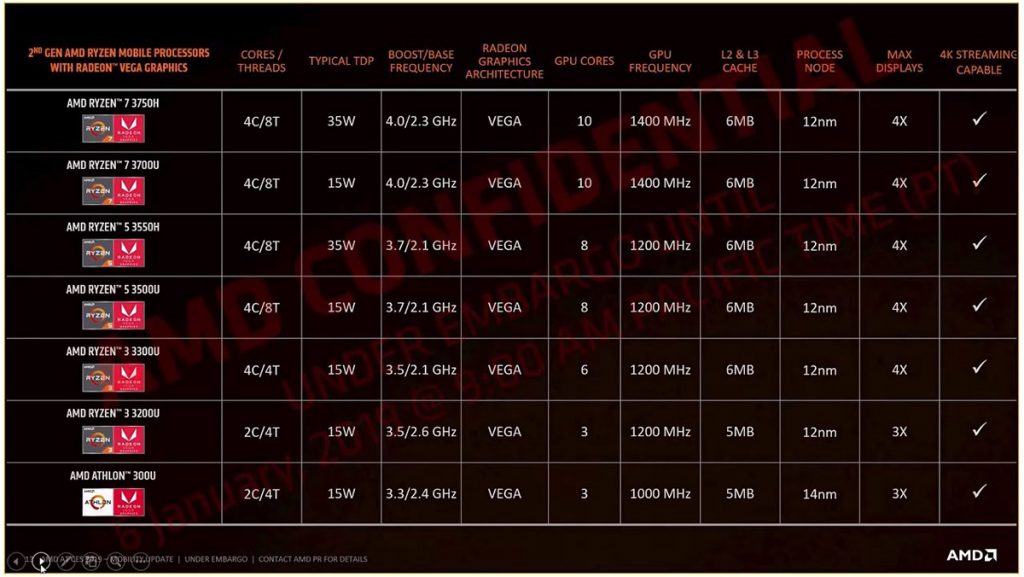 These aren’t really huge upgrades, but are incremental improvements over the first generation of Ryzen Mobile chipsets. AMD packs the latest 12nm Zen+ CPU cores with Radeon Vega GPU to deliver solid APUs. AMD did bump up the clocks on the CPU and GPU to deliver higher performance. 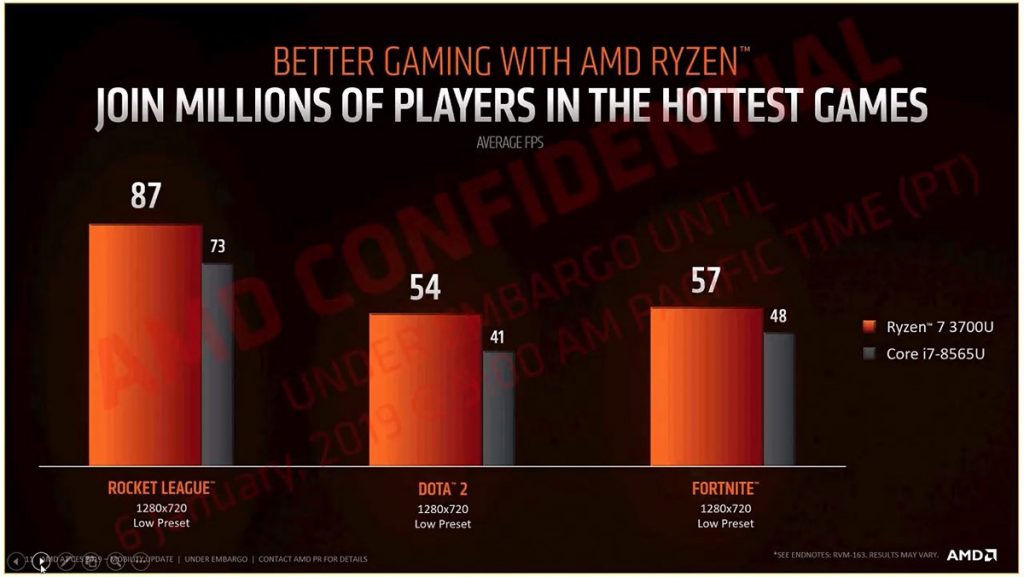 In terms of performance, AMD didn’t reveal how much of an uplift the new second generation Ryzen Mobile chipsets bring to the table. It did however compare it against the pretty good Intel Core i7 8565U, where it handily trounces it in gaming performance. Vega is clearly the superior GPU when pitted against Intel’s iGPUs, so that’s a really low hanging fruit there. 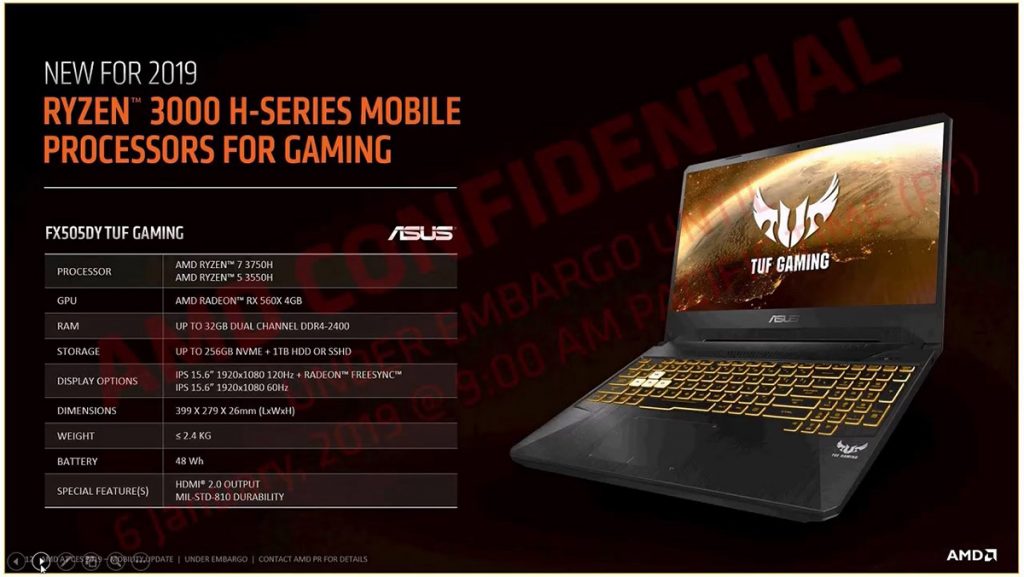 The higher 35W TDP Ryzen Mobile H processors will be used in higher performance designs. In the slides shared by AMD, the ASUS TUF Gaming FX505 will be offered with either a Ryzen 7 3750H or a Ryzen 5 3550H. The TUF Gaming laptop features pretty beefy cooling so we can expect them to deliver maintained boost clocks most of the time.

We can expect the laptops with the new Ryzen processors to make an appearance in our markets pretty soon, so stay tuned!

Pokdepinion: I really want a FreeSync laptop. That would just complete my adaptive sync dreams.

Snapdragon Wear 4100 looks good, but might just be too late to save Wear OS
Read More
5187 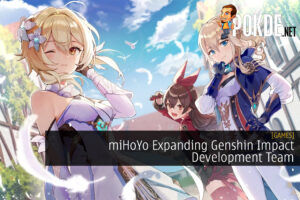