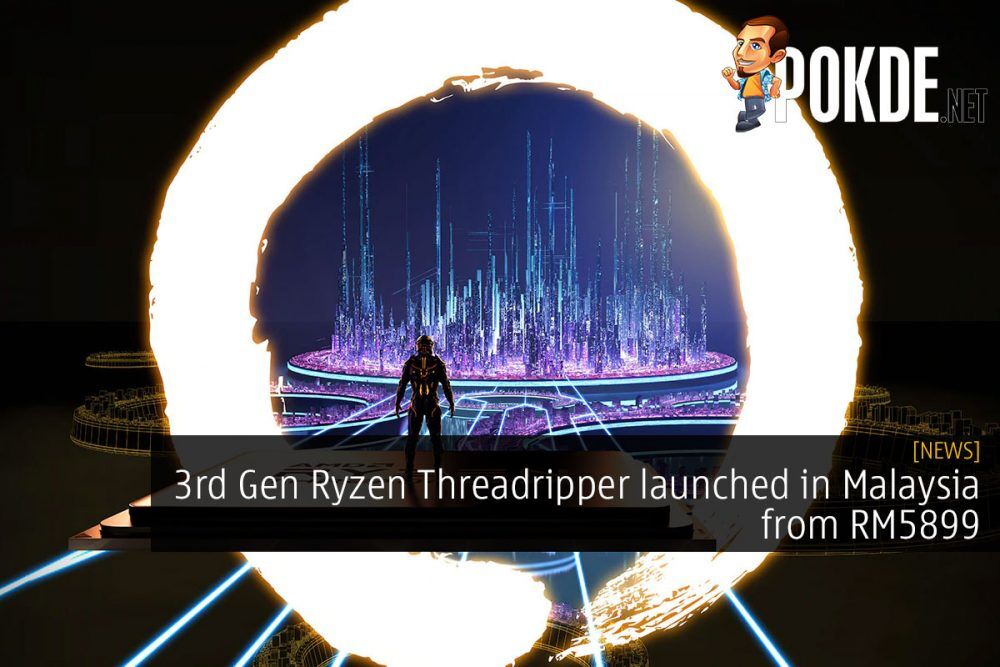 AMD has finally launched the 3rd Gen Ryzen Threadripper processors, with up to 32 cores and 64 processing threads here in Malaysia. The new Ryzen Threadrippers are designed to deliver new levels of performance in the high-end desktop segment, and it really does.

Meanwhile for those who are looking for a tamer processor to throw into their AM4 boards can look at the AMD Ryzen 9 3950X, which is now officially offered here in Malaysia for RM3149. While I did say tamer, it’s still a 16-core part which offer ridiculous performance in a mainstream platform.

If you have even more basic needs, there’s also the AMD Athlon 3000G priced at RM209. The affordable processor makes a pretty huge leap over its predecessor, the Athlon 200GE series, by allowing for overclocking.

Stocks for the AMD Athlon 3000G and Ryzen 9 3950X have already arrived, although the latter is in rather limited quantities. Meanwhile the 3rd Gen Ryzen Threadrippers are expected to make landfall in Malaysia in early December.

AMD Ryzen 5000 CPUs can run on ASRock X370 motherboards, but AMD really doesn’t want you to do that
Read More
4116