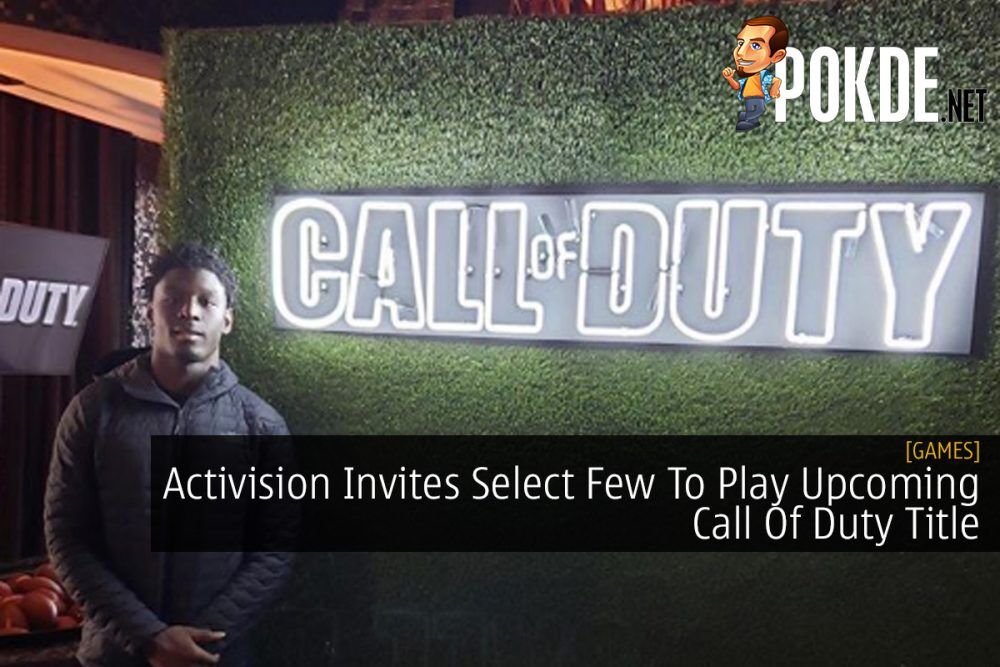 While this year’s Call of Duty game is still yet to be revealed, it seems that several American football players where chosen and invited to play the unreleased game. The event saw several names such as Riley Ridley, Tajae Sharpe, and N’Keal Harry.

S/o @CallofDuty for the early look at this year’s game!!! #CallOfDutyPartner pic.twitter.com/70R7g9kgfM

Activision has confirmed that the new game will include a single-player campaign, where in the most recently Call of Duty game, Black Ops 4 chose to exclude and focus fully on multiplayer game modes as well as the introduction of battle royale in Call of Duty. Additionally, they’ve said that the new game will have a “huge expansive multiplayer world” as well as a “fun co-op gameplay”.

Pokdepinion: I really hope that they will bring back the Modern Warfare series…. I don’t like the futuristic weapons and equipment that they’ve focused in recent times.