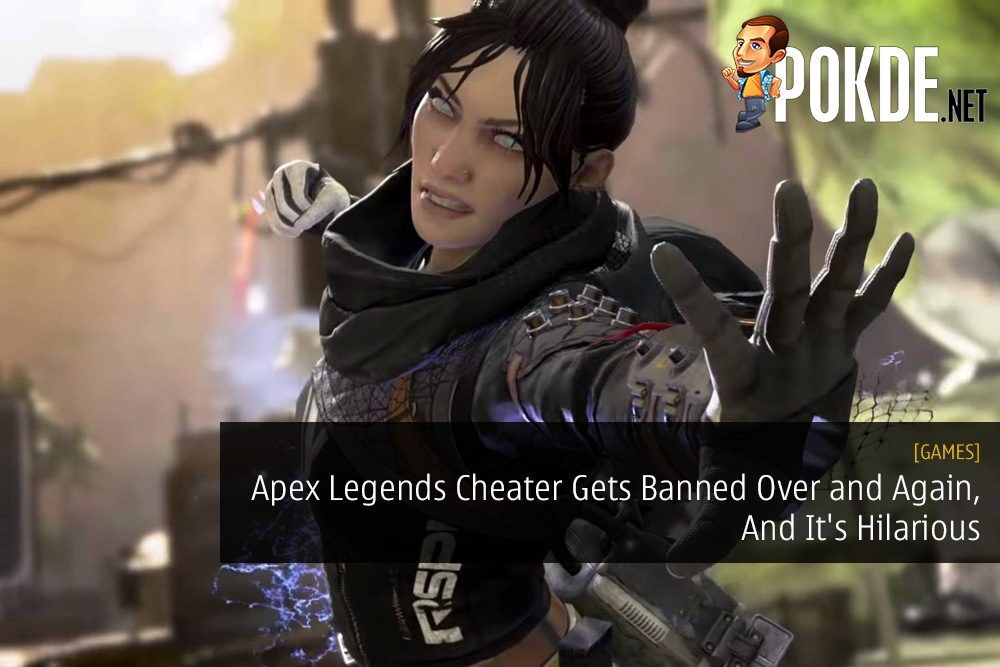 The way this guy got banned over and over is just satisfying! Thank You Respawn! from apexlegends

If you’re an avid player of Respawn Entertainment’s free battle royale game, Apex Legends, then chances are that you are aware that there are a number of cheaters / hackers in the game. There are actions being taken to curb this foul play nature but unfortunately, there will always still be one or two cheaters around still. This one however would be something for you to enjoy reading.

Over on the Apex Legends subreddit, user microKEEL posted a blow-by-blow account of an Apex Legends cheater, who streamed and bragged about his cheating, get banned, taunt Respawn, get banned again, until he stopped. It’s hilarious because you can see the guy creating new accounts, cleaning his PC digitally to make it seem like its a new PC being played on, and rebooting.

Respawn Entertainment Associate Producer Josh Medina even hopped on the subreddit stating that this was how he spent 45 minutes of his morning banning the player over and again.

Hopefully, this will be the end of the guy’s cheating days in Apex Legends but then again, it doesn’t seem like he’s quitting just yet. He seems to want to bring that to other games as well so perhaps, a permanent hardware ban is in store. Either way, there needs to be a way to curb such behaviours so it won’t ruin the game for other people as well as to stop the sellers from profiting from the sale of such malicious tools.

Pokdepinion: What’s the fun in playing games with people if you’re gonna cheat? Well, aside from this kinda thing because it’s hilarious to see someone really adamant about cheating.

Aiman Maulana
Jack of all trades, master of none, but oftentimes better than a master of one. YouTuber, video editor, tech head, and a wizard of gaming. What's up? :)
Pokde Recommends
apex legendsbannedBattle RoyalecheatingcheatsEAElectronic ArtsGamingGamingMicrosoftNewsPCMRPS 4SonyXBOX One
MORE
Read More
906