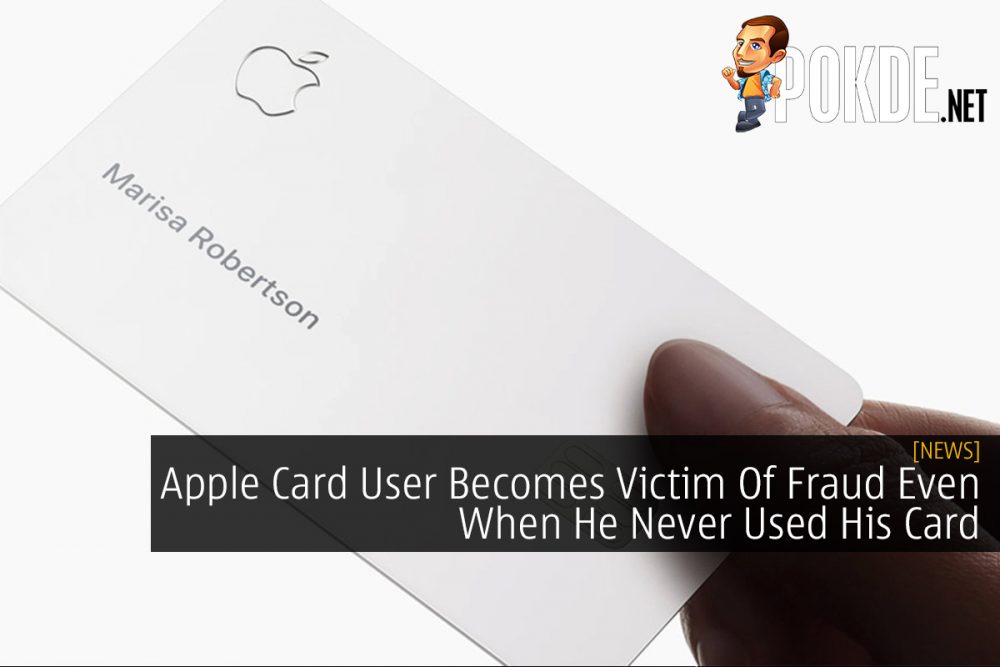 Over in the US, a man claims that he has encountered a fraud issue with his Apple Card. What’s surprising is that he adds that he has never utilize the card in the first place.

The man, who goes by the name of Larry said that he had to deal with an Apple Card charge that happened in Chicago while he happens to live somewhere else on the West Coast.

Reports suggest that his titanium Apple Card’s information had been skimmed and cloned by a thief, but it doesn’t make sense. Why? Larry adds that he has never used his physical card, where he has said that he’s only used Apple Pay with his card.

He then sought to seek some answers from Apple Support and it seems that they were confused as to what had happen. Here’s their response:

“I understand this can be concerning, especially regarding your financial security, however it is the most secure system of credit cards I’ve ever seen. Not only is it extreme hard to get a hold of credit card information, but if somehow there are fraudulent charges, you will never be held responsible for unauthorized transactions on Apple Card.”

It’ll be interesting to find out how they solve the issue. Once there’s more info on it, we will update the article accordingly. Until then stay tuned to Pokde.net.

Pokdepinion: I guess anything man-made can be undone it seems…

Raja Idris
The name's King, Kingky King. Likes to keep it simple and straightforward. A person who games regardless of what platform. Need value for money performance? Get AMD.
Pokde Recommends
AppleApple CardFraudinformationMalaysiamoneyprivatesecurityNewsSecurity
MORE
Read More
854

realme 5 Review — bigger is better
Next

ASUS Zenfone 8 Flip and Zenfone 8 officially launched — arriving in Malaysia REALLY SOON
vivo Partners With KLPF In Hosting Vision 2021 Photography Contest
We Checked Out 2021 Hari Raya Advertisements And Here Are Some Of The Best Ones
Xiaomi dropped from US investment blacklist
PokdePicks:GIGABYTE Z590 AORUS PRO AX Review — great on paper, but not so much in practice…
Latest Reviews
Read More
442