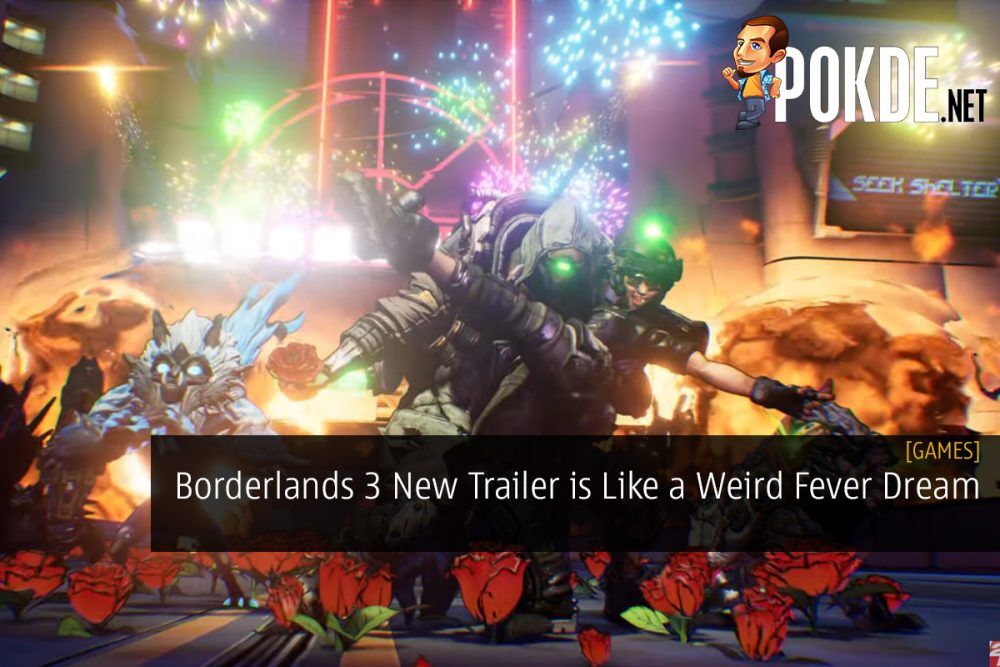 As the release date of Borderlands 3 inches closer, we start to learn more and more about the game. In today’s case however, we learn some and we lost some. As part of the Celebration of Togetherness teaser, Gearbox Software has released a new trailer for the game, and it’s titled “So Happy Together”.

The trailer opens with Claptrap dancing as a crate opens and a mini version of Pandora comes to life as the song So Happy Together by The Turtles plays in the background.  We get a glimpse at Moze, FL4K, Zane, and Amara, our four main vault hunters, in action as they dance and shoot enemies along the way.

We also get a glimpse at Zane using certain abilities such as projecting a shield and a hologram of him appearing to help him fight some enemies. Moreover, Amara is shown off using her ability to summon multiple arms to punch some bad guys. The trailer ends with our four vault hunters shooting more enemies as several crates open around them. Overall, the trailer highlights the different locations, characters, and enemies that will make an appearance in the game in a style akin to a fever dream.

Borderlands 3 is expected to be the biggest entry in the series with new characters, loads of weapons, and planets to explore. While we have yet to try even a demo build of the game, it does look to be a massive improvement over its predecessors based on the Gearbox gameplay livestream. Be sure to watch the So Happy Together trailer at the top of this post.

Pokdepinion: Honestly, I don’t even know how to react to the trailer. It hasn’t dampened my excitement for the game at least, so that’s something. What do you guys think?

Aiman Maulana
Jack of all trades, master of none, but oftentimes better than a master of one. YouTuber, video editor, tech head, and a wizard of gaming. What's up? :)
Pokde Recommends
2K Asia2K GamesBorderlandsBorderlands 3Epic Games StoreFPSGamingGearbox SoftwareGamingMicrosoftPCMRPS 4SonyXBOX One
MORE
Read More
7042