Catch the MPL-MY/SG Season 3 Regular Season every weekend to watch top teams duke it out! 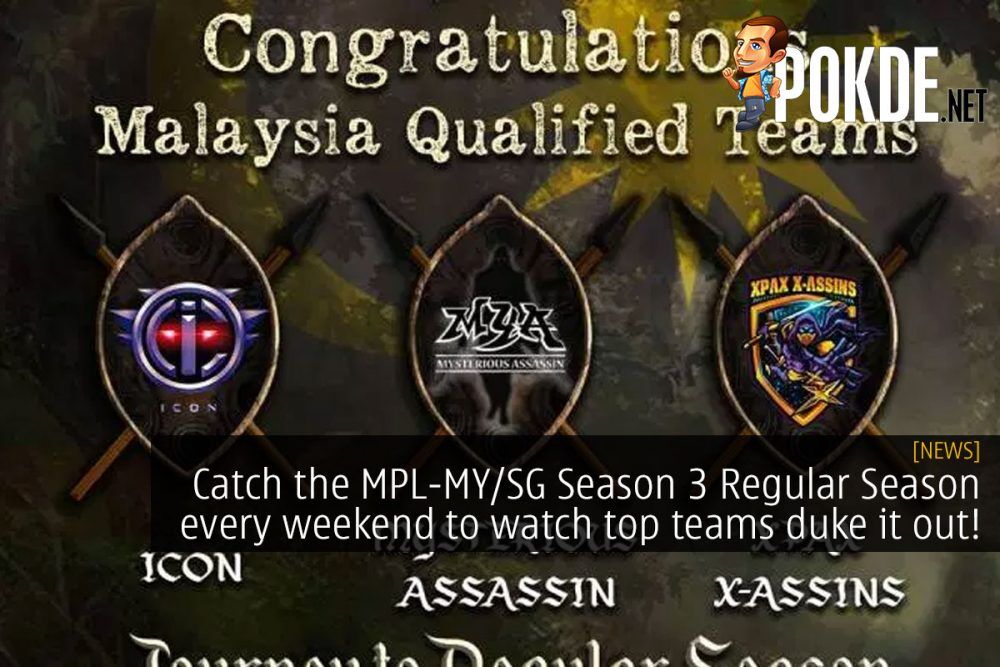 Three teams from Malaysia and one team from Singapore have secured their spots in the Mobile Legend Professional League MY/SG (MPL-MY/SG) Season 3 Regular Season, and will face off against six directly invited teams every weekend from now until 7th April.

The Malaysian teams are ICON MY, Mysterious Assassin (MYA) and Xpax X-Assins, while Singapore’s qualifying team will be NARA Esports. They will face off against the likes of Geek Fam, Reborn, Bigetron SG, Bosskurr Gaming, Evos Esports SG and Resurgence in the Regular Season competitions.

The MPL-MY/SG Regular Season will see a total of $48 000 up for grabs, with teams receiving a $350 weekly allowance. By winning a best-of-3 game during the season, they will receive an additional $200. There will also be an additional $500 bonus money for individuals who get crowned the Regular Season MVP or Regular Season King of KDA. The former will be based on the player’s professional performance and consistency, while the latter is pretty self-explanatory.

The Regular Season will be played over six consecutive weeks every Friday to Sunday until the 7th of April, with streams on Mobile Legend: Bang Bang’s official Facebook page starting at 7pm every Friday and 5pm every Saturday and Sunday. The Regular Season will culminate in the bottom two teams being eliminated and the 8 remaining teams will advance to the Playoffs on 20th and 21st April at Sunway Pyramid.

Pokdepinion: Not a fan of mobile MOBAs, but if you are up for it, you know when to watch the streams!

Xiaomi’s List Of New And Upcoming MIUI Features Revealed
Next