When the iPhone 6s was launched with Force Touch, few apps took advantage of its pressure sensitivity display. One of those few apps is Instagram, which offered a “peek” function, whereby you can take a closer look at images in an Instagram profile without actually opening it, just by pressing harder on the screen. 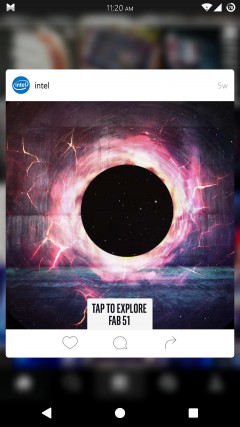 Force Touch is not a feature available to Android users yet — it is available on certain variants of the Huawei Mate S but that variant is unavailable here in Malaysia — so you would assume that this feature is only for users of the latest fruity smartphones, but apparently this feature was already available sometime back when I noticed some Sony users sharing about this feature in Facebook, but I never really got about to try it. According to Android Police the feature was actually removed for a while on Android, before re-adding it back in the latest update.

To use it, all you have to do is to long press on the thumbnails in the grid view of any Instagram profile, then the peek window will pop up. Lift your finger and it will shrink away. Slide your finger to the like, comment or share button and there is some nice haptic feedback.

Does this update change the way you view Instagram profiles? Let us know in the comments section below.

Pokdepinion: With the arrival of this peek feature in Instagram, I am waiting for the usual gallery to offer peek functionality too. But that might take some deep thinking to come up with an intuitive way to do that as we are used to long press to highlight in the gallery.

Pokde.net 2015 tech recap and thank you for supporting Pokde.net!
Next