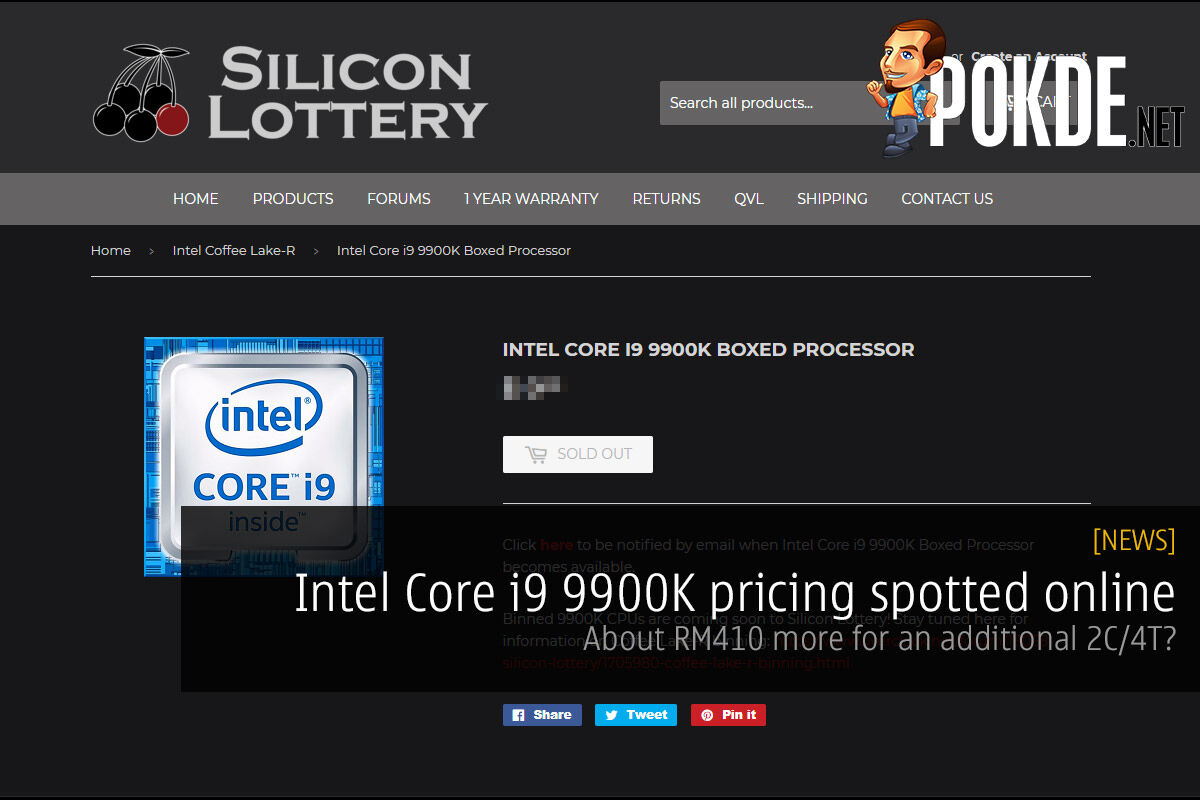 The pricing for the two highest end 9th Generation Intel Core processors has just been leaked out on Silicon Lottery’s website. Well, at least the Intel Core i9 9900K and i7 9700K won’t be nearly as pricey as previously leaked. Don’t get me wrong, I still can’t afford it, but at least it is less expensive than what we expected.

The pricier Intel Core i9 9900K’s less palatable price tag may be due to the fact that it features the same number of cores as the highest end Ryzen 7 processor available now, but clocks them much higher. That gives Intel a solid win over AMD’s latest chips, at least in terms of performance.

What do you think? Would you be getting one later?

Pokdepinion: The i9 9900K seems like an interesting processor, except for the price.