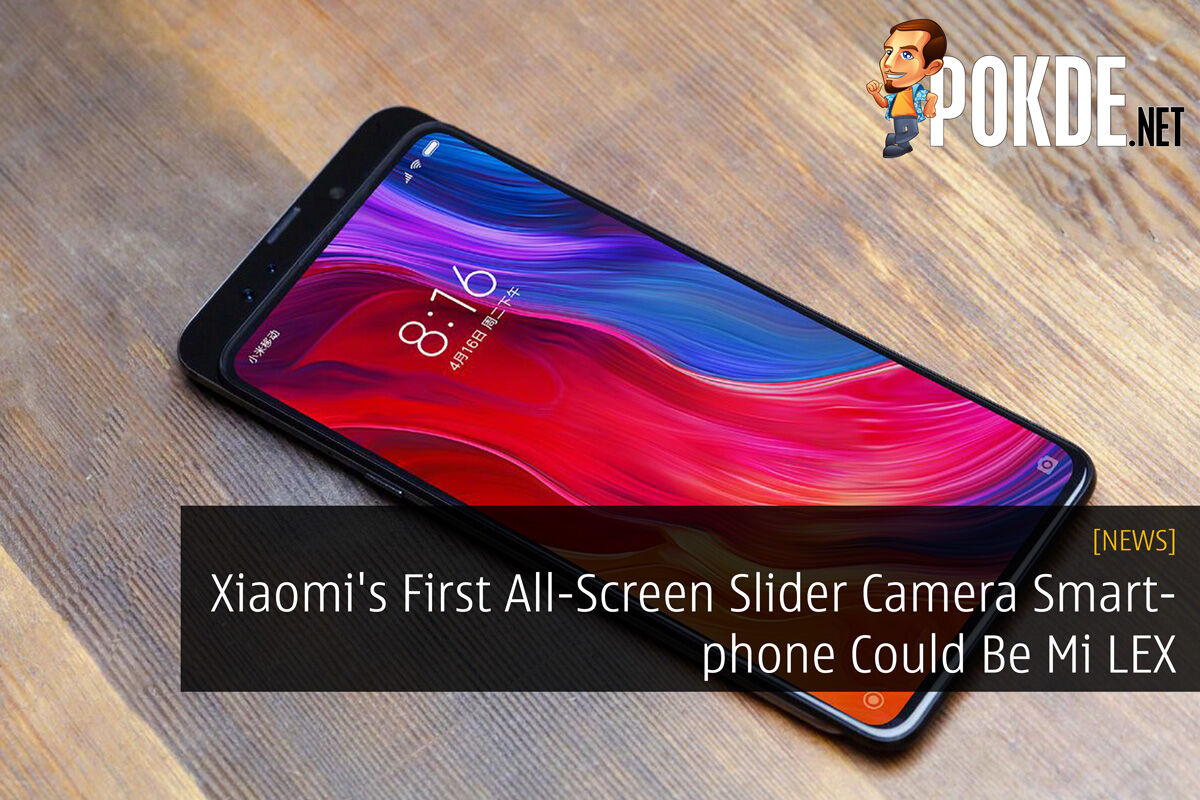 While previously we’ve reported that Xiaomi is coming up with a new slider camera smartphone in the form of the Mi Mix 3, it turns out that might not be the case.

Rumors from China has it that the new sliding camera smartphone from Xiaomi is not the Mi Mix 3 but instead called the Xiaomi Mi LEX. As you can see from the pictures on our previous post (you can click on that link above to check it out) that the phone has a slide-mechanism.

Though there is no official confirmation as of yet of the specification on the device, we should expect a Qualcomm Snapdragon 845 SoC to power it up and at at least 6GB RAM that’s paired with 64GB of internal storage. Rumors also has it that the Mi Lex will come with a 6.4-inch Full HD+ display, similar to the Mi 8.

It is said to come with a 20MP+20MP dual rear cameras and a 20MP or 24MP selfie shooter that comes with AI capabilities. Taking into consideration that the company’s other smartphones such as the Mi 8 Explorer and Mi 8 Pro devices coming with under-display fingerprint sensor, we should expect the same with the new Mi Lex. Battery wise, it could pack a 4000mAh battery and comes with Qualcomm Quick Charge 4.0.

For the time being, there’s no confirmation on whether or not the Mi Lex will be making its way here in Malaysia but we will update once we get more details. Until then, watch this space.

Pokdepinion: Hmm, interesting. I really thought it was the Mi Mix 3. If the rumors are true, I wonder how will the Mi Mix 3 look like then. What do you think of the device? Let us know in the comment section does below as usual.

Raja Idris
The name's King, Kingky King. Likes to keep it simple and straightforward. A person who games regardless of what platform. Need value for money performance? Get AMD.
Pokde Recommends
AISlideSmartphoneXiaomiGadgetNewsSmartphone
MORE
Read More
1573