Here are the ASUS Z490 boards with beefed up VRMs to support the 10th Gen Intel Core CPUs! 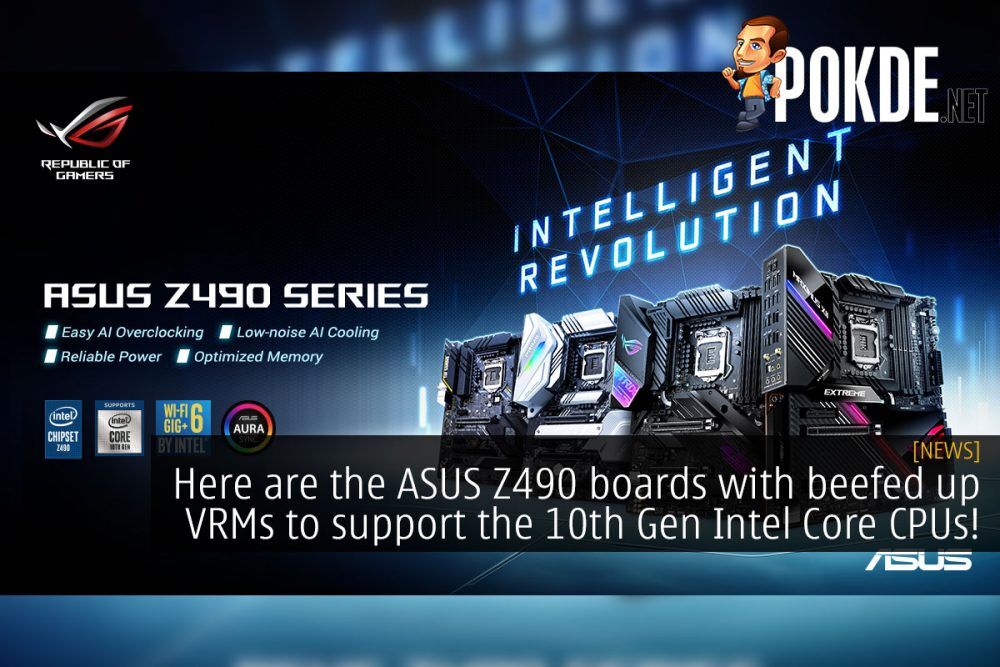 The 10th Gen Intel Core processors has just been launched, and as you might have realized, you will need a new motherboard to go with them. Well, fret not, as ASUS already has a full lineup of Intel Z490 motherboards with full support for everything up to the 10th Gen Intel Core i9-10900K. Take a look at the ASUS Z490 boards that ASUS Malaysia will be bringing in to Malaysia soon.

As we enter the 12th generation of ASUS’ stellar ROG Maximus motherboards, we are looking at an absolutely overkill set of features. That includes up to 16 90A power stages and MicroFine Alloy chocks to deliver stable power to the 10th Gen Intel Core processors. ASUS also implemented ASUS OptiMem III and its daisy-chain topology to deliver higher memory clocks of 4800 MHz and above.

As the flagship of the ROG Maximus XII family, it comes with the aforementioned 16 90A power stages. All of that feeds the CPU cores, as there is no support for the integrated graphics on the ROG Maximus XII Extreme. There are also a slew of on-board buttons, allowing you to overclock without breaking a sweat. 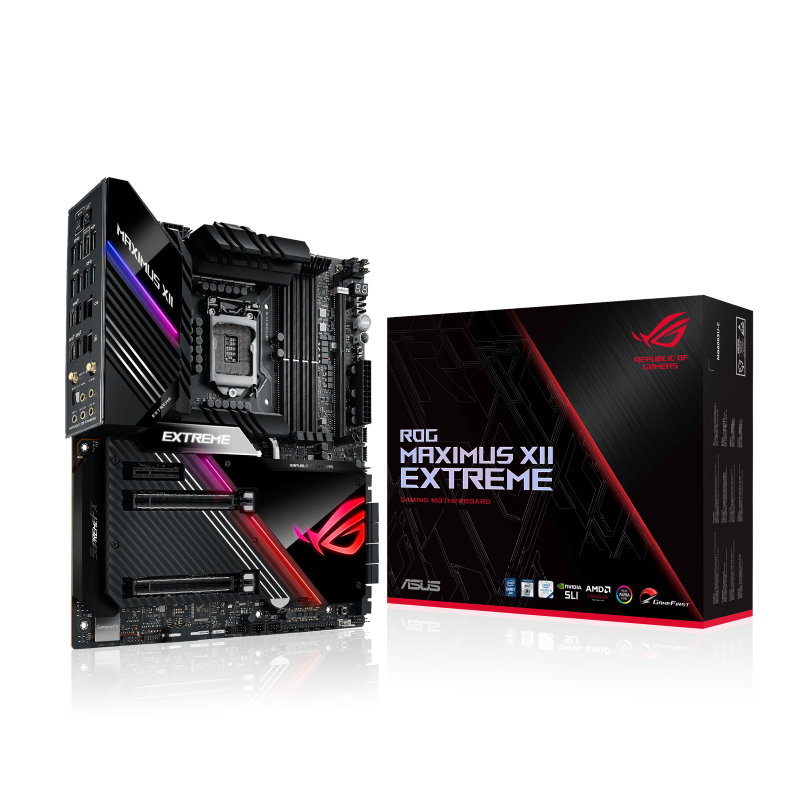 For connectivity, you get a nice assortment of ports including a next-gen USB 3.2 Gen 2×2 Type-C port that can deliver up to 20 Gbps of bandwidth. There is also a Marvell 10 GbE LAN controller along with an Intel Ethernet I225-V for 2.5 Gb Ethernet. The ROG Maximus XII Extreme will also be bundled with a ThunderboltEX 3-TR card to enable you to take advantage of Thunderbolt 3 devices. 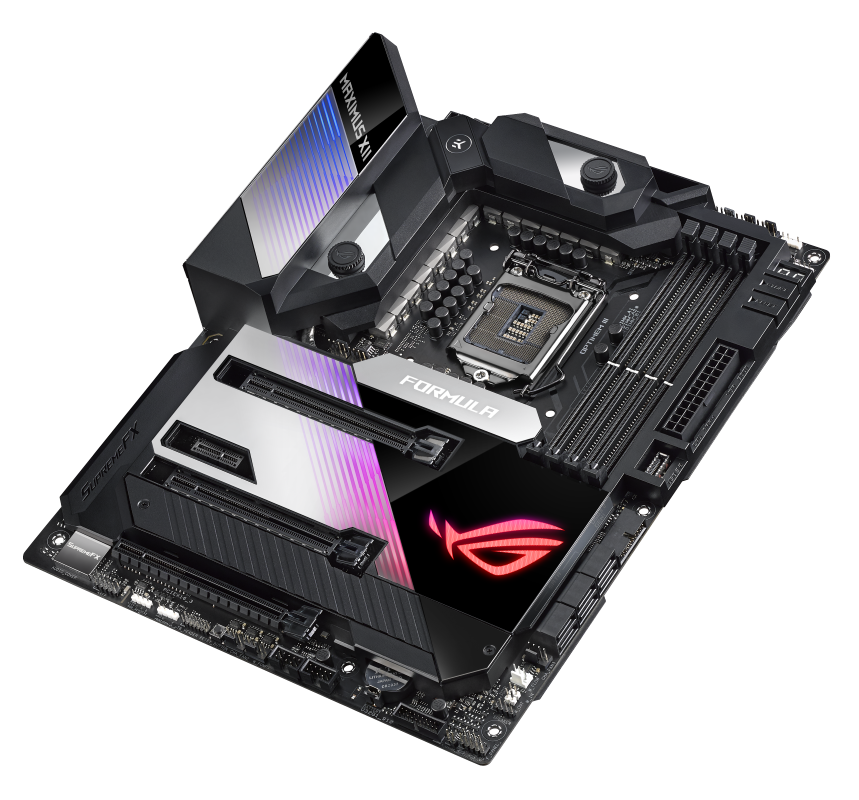 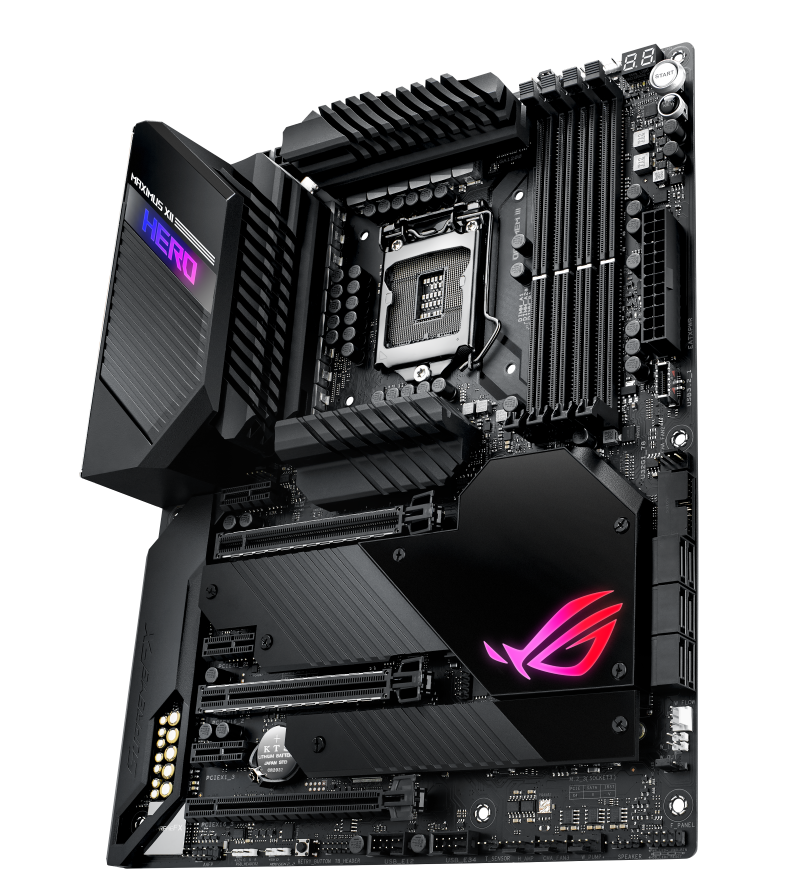 Connectivity is pared back a little, with a 1GbE Intel I219-V controller paired with a Marvell AQC111C 5GbE controller. You still get WiFi 6 with an Intel WiFi 6 AX201, so I guess all is well? 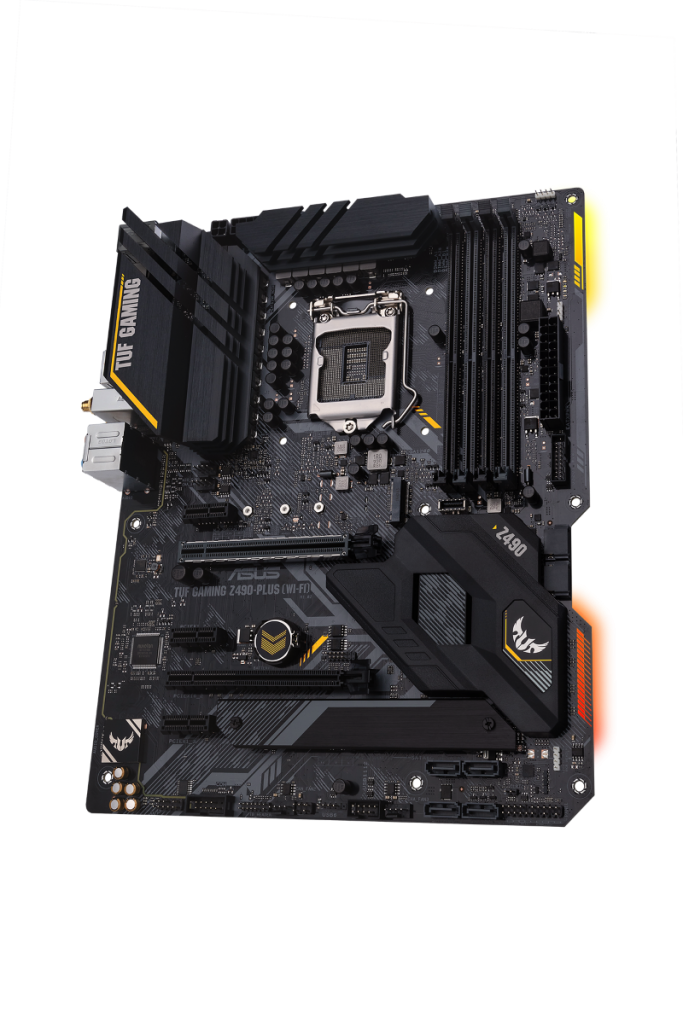 Designed for endurance, the ASUS TUF Gaming Z490-Plus (WiFi) features 12+2 teamed power stages with DrMOS components, TUF capacitors and ProCool solid-core power connectors. The LAN port comes with TUF LanGuard too to protect it from surges damaging it over the LAN connection. You can also use WiFi with WiFi 6 built into the ASUS TUF Gaming Z490-Plus (WiFi). 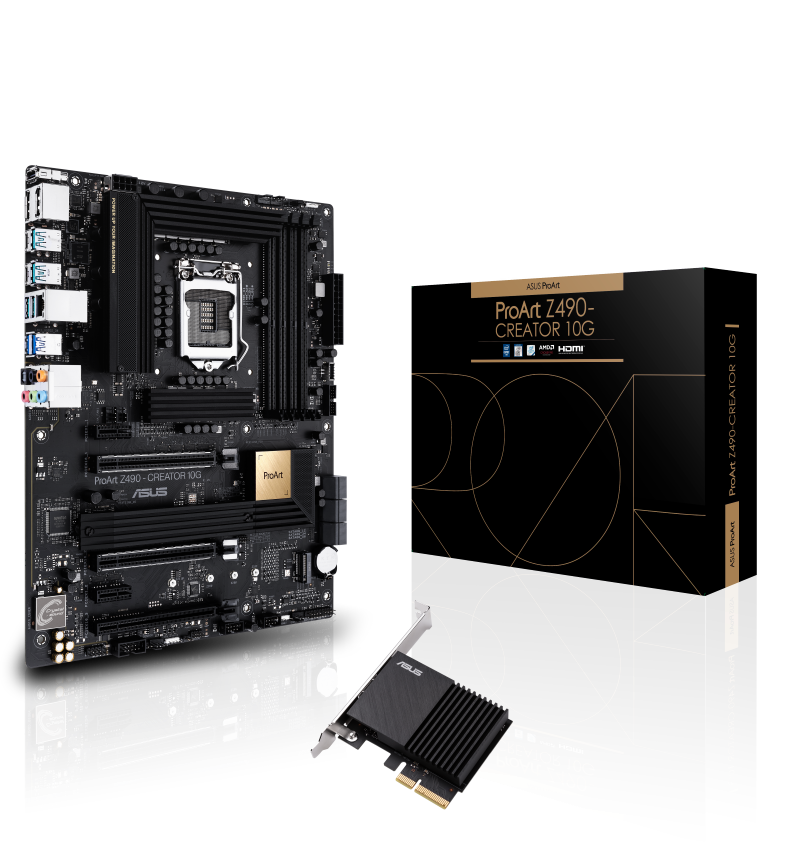 Then there’s the LAN connectivity. One 2.5 GbE is integrated into the board, with a 10 GbE add-in card included with the ASUS ProArt Z490-Creator 10G. Unfortunately WiFi 6 is not a part of this package. 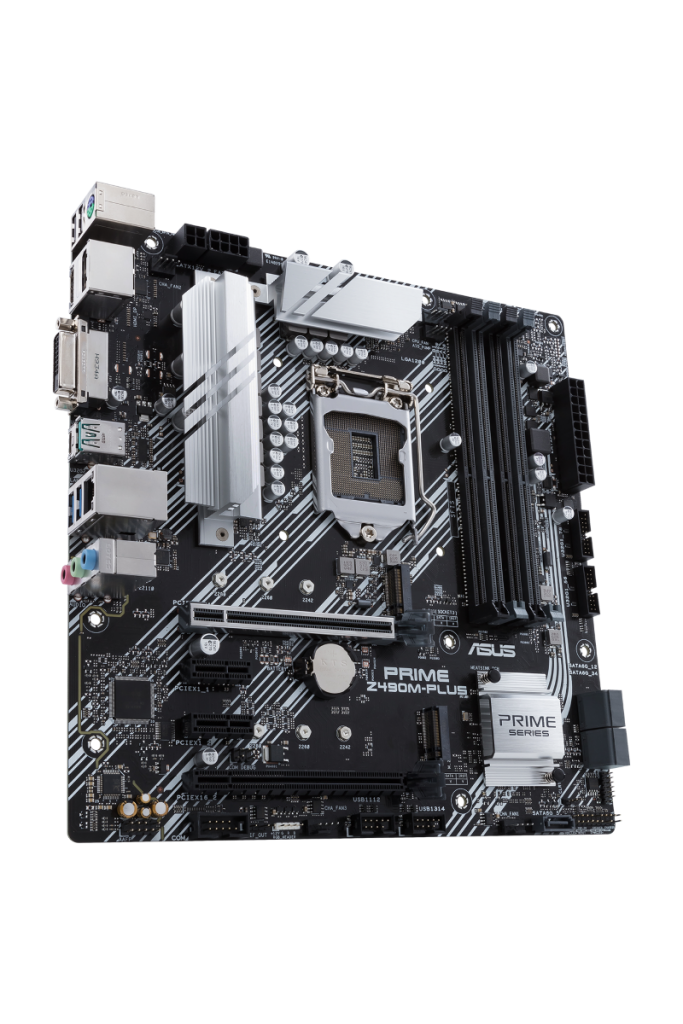 ASUS’ most affordable Intel Z490 board yet, the ASUS Prime Z490M-Plus makes do with an 8+1 DrMOS power delivery system. But make no mistake, ASUS made sure that this is sufficient to power the latest 10th Gen Intel Core processors. Optimem trace allows you to push memory speeds up to 4400 MHz, letting you take full advantage of the improved memory speed support on the 10th Gen processors. The rear I/O offers DisplayPort, HDMI and DVI outputs, letting you connect almost any modern display directly to the motherboard.

Which of these boards are for you? Well, I guess you will need the pricing to decide, so stay tuned as we will share the pricing as soon as we find out!

Pokdepinion: I am really quite digging the ROG Maximus XII Formula’s chunky design, but the ROG Strix Z490-I Gaming is quite a looker as well…