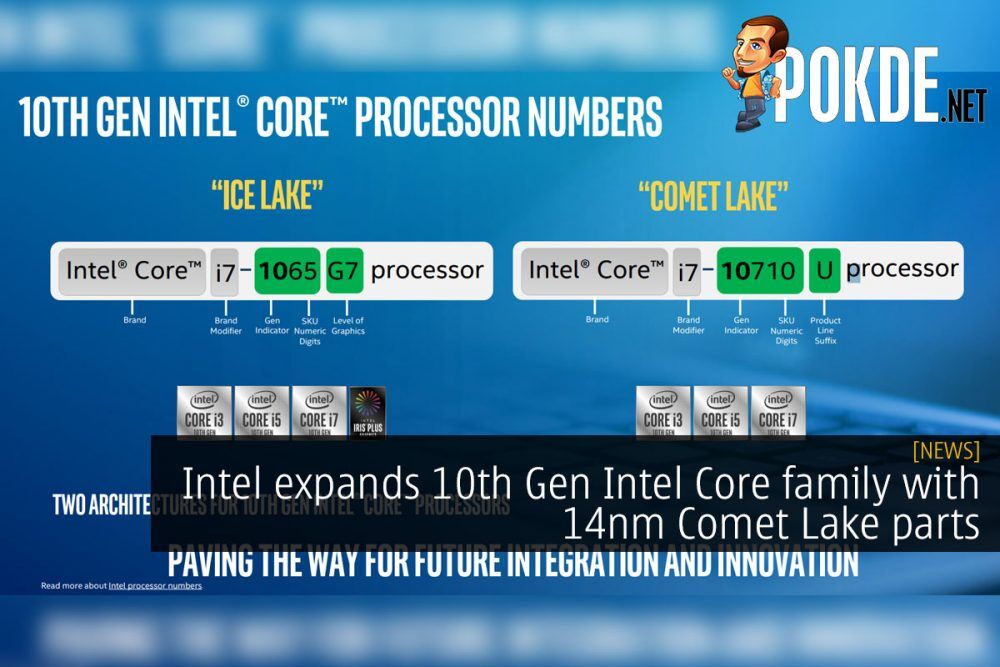 Now if you thought the first wave of 10th Generation Intel Core processors based on the 10nm Ice Lake architecture wen’t interesting enough, Intel has got a treat for you. They will be using the 14nm process node again for Comet Lake, which will also be a part of the 10th Generation Intel Core mobile processor family. And to be entirely honest, it does seem quite interesting.

The Comet Lake processors will be the first generation to feature up to six cores and twelve threads in a Intel Core U processor. Back when Kaby Lake Refresh arrived with 4C/8T in the 15W TDP, I was wowed, and now, I am yet again blown away by Intel’s ability to pack that many cores in the same TDP. Of course, we know Intel reports TDP based on their base clocks so it’s kind of meh. The Intel Core i7 10710U sports a base clock of 1.1 GHz, so go figure.

Also new to the Comet Lake processors is support for LPDDR4x, along with LPDDR3 and DDR4. Support for LPDDR4x has been something which many have been waiting for, as it enables even lower power consumption than the already efficient DDR4. Intel officially supports LPDDR4x 2933, so there should be quite a nice bump in performance.

The 10th Gen Intel Core laptops will hit markets by this holiday season, so hold off buying new laptops, if you can.

Pokdepinion: It’s interesting to see Intel still trying hard to just flood the whole mobile processor market when AMD doesn’t really hold a candle to their designs at this point… But then again, their dominance is pretty much limited to this segment now.

Enjoy low light photography? Here’s what to look out for in a smartphone
Next