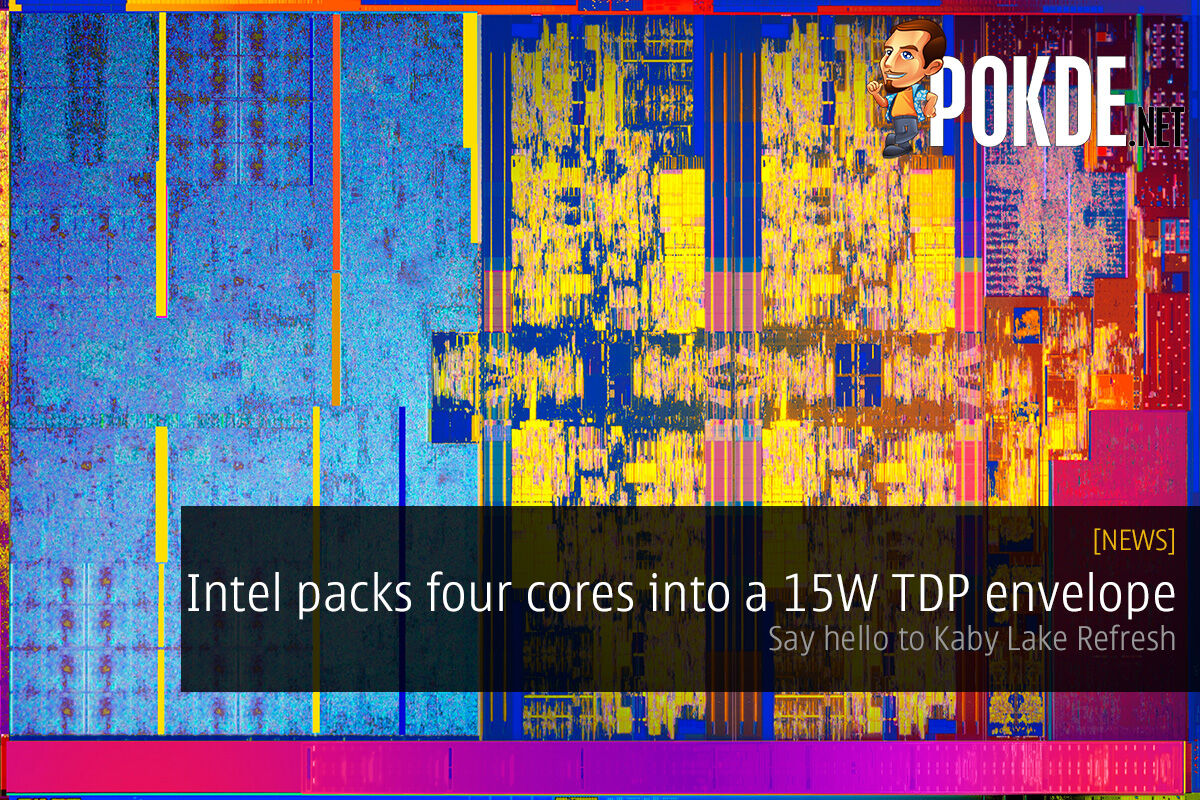 As customary for Intel, they are kicking off the 8th generation Core CPUs with the mobile CPUs first. Not so customary is the fact that Intel has “magically” crammed four cores — no, I am not confusing cores with threads — into their i5-U and i7-U CPUs this time, which were traditionally dual core designs with HyperThreading to bring the total thread count to four. Now, we are looking at quad-core, eight-threaded mobile CPUs, in a very tight 15W TDP envelope.

Kaby Lake Refresh is still built on the 14nm+ process, just like Kaby Lake. Doubling the core count without a process shrink would mean a bigger die, but Intel has decided to keep prices similar to past generation parts. With more cores at the same price, users will be getting unprecedented value when they get a Kaby Lake Refresh-powered laptop. 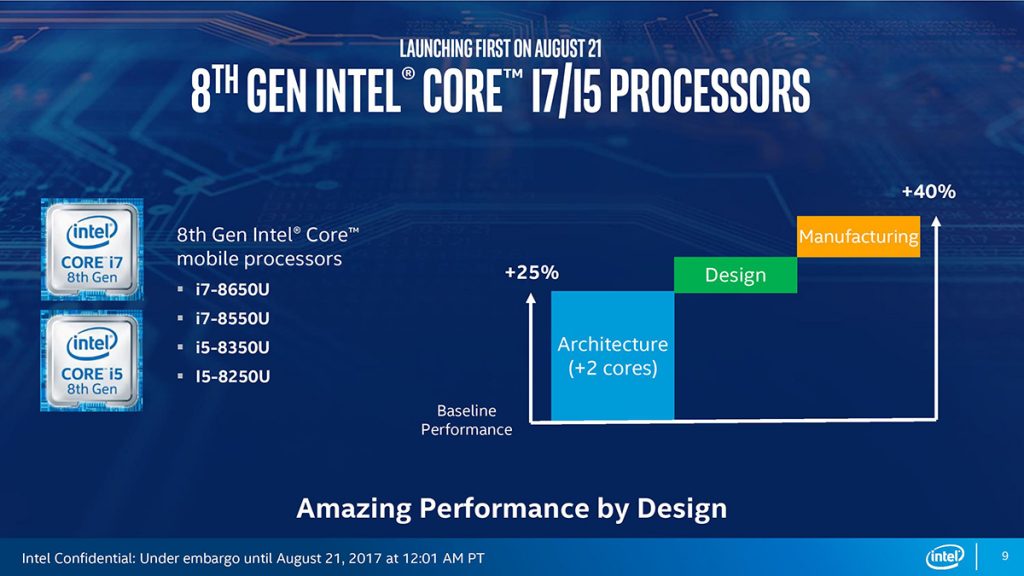 It would be interesting to see how Intel will manage four cores in a 15W TDP envelope. Previously, quad core mobile CPUs were in the 45W TDP range, and dropping it down to 15W could either mean that these CPUs may never reach their full boost speeds in notebooks with weaker cooling solutions, but may deliver better battery life in designs with more powerful coolers.

With Intel’s 8th generation kicked off, enthusiasts can ready their wallets for Coffee Lake, which will need a new motherboard despite using the LGA 1151 socket. The desktop CPUs will come later this year.

Pokdepinion: This is probably a preemptive strike against Ryzen Mobile, which is set to arrive pretty soon. Unlike Skylake-X and Kaby Lake-X, this looks like it may actually stop consumers from swinging over to the red camp.