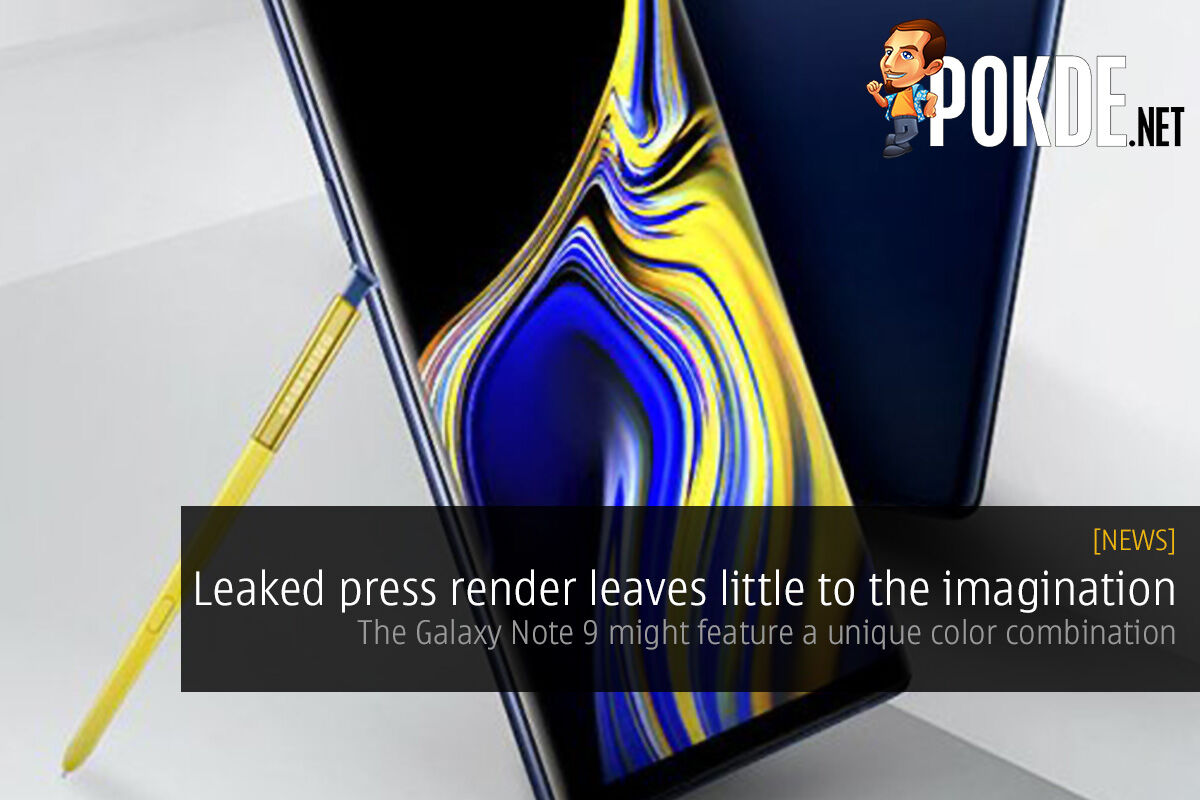 The Next Big Thing from Samsung, is going to be the Galaxy Note 9. After a confirmed 9th August launch, there were rumors of an S Pen that will act as more than just a stylus. Now, the latest leaked official press render by none other than Evan Blass shows that the S Pen might come in a pretty unique color.

It comes in yellow. And while it would have been fine if the device itself was yellow, the Galaxy Note 9 in the leaked render was blue. No idea if the leaked render was to highlight the S Pen as in it’s now royally impressive, and what better color to convey that than yellow, or Samsung just wants to go really fancy with their color scheme this time.

What do you think of the Galaxy Note 9 design? Let us know in the comments!

Pokdepinion: Blue and yellow… A brave combo there…

What Happens When You Finish the 60GB Unifi Basic Quota? This Speed Throttle ...
Next