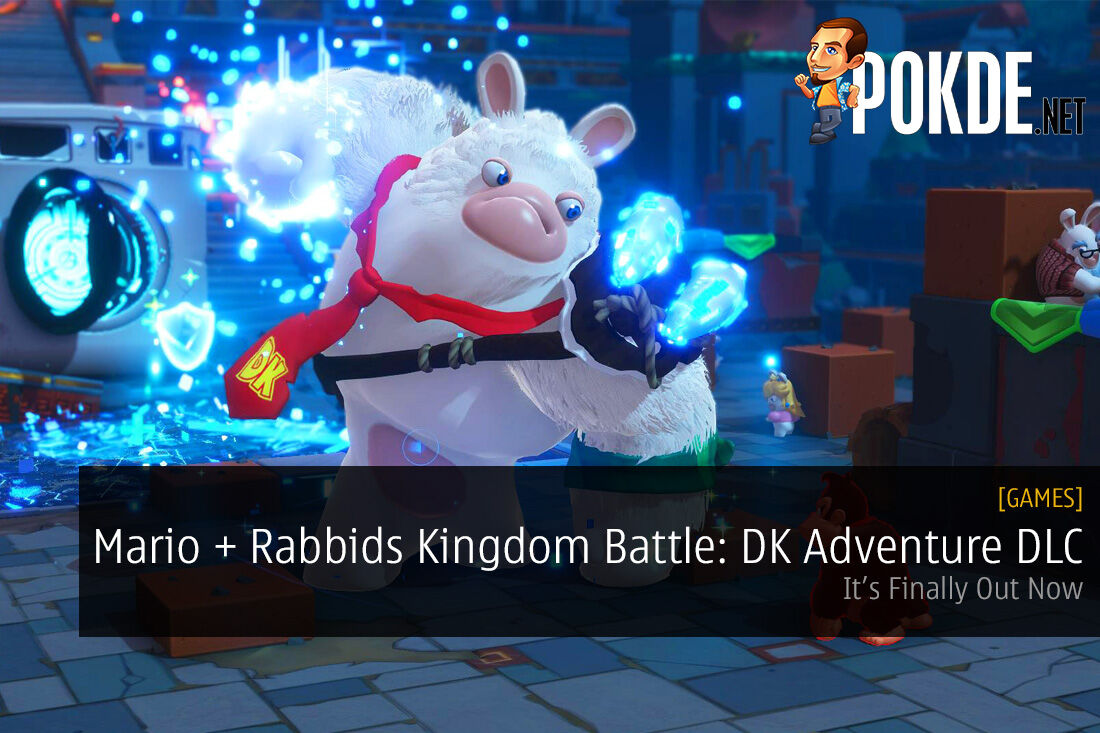 The special DLC for Mario + Rabbids Kingdom Battle titled Donkey Kong Adventure has been officially released. But is it worth playing though?

The folks over at Ubisoft has officially launched the Donkey Kong Adventure DLC for the crossover game on Nintendo Switch, Mario + Rabbids Kingdom Battle.

In the Donkey Adventure DLC, players will find a new playable character, which is Donkey Kong obviously, along with new story portions, enemies, and some added depth in gameplay.

The following is a synopsis of the story given by the folks over at Ubisoft:

Separated from her friends, Rabbid Peach will team up with two new heroes to save the day, the banana-loving hero Donkey Kong and the stubborn Rabbid Cranky. Together, they will embark on a journey across four brand-new environments and fight in a new epic battle against a vengeful Rabbid Kong who uses his new powers to take over a mysterious island.

Be sure to check out the launch trailer for the DLC at the top of this post.

Pokdepinion: Well, this looks like a fun DLC for the game. Can’t wait to try it out.

Aiman Maulana
Jack of all trades, master of none, but oftentimes better than a master of one. YouTuber, video editor, tech head, and a wizard of gaming. What's up? :)
Pokde Recommends
DLCDonkey Kongmarionintendonintendo switchrabbidsubisoftGamingNewsNintendoSwitch
MORE
Read More
572

PokdePicks:The Truth Behind Game of the Year Edition Games That You Need to Know
Read More
1283

Samsung Galaxy Note 9 Coming in August – Here’s What You Need to ...
Next

Get These Awesome PS4 Games for Just RM74 – Including Uncharted 4, The ...
Latest Video
Read More
489