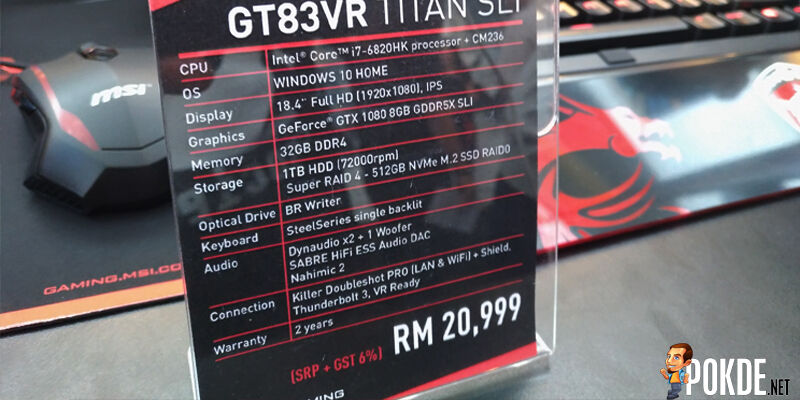 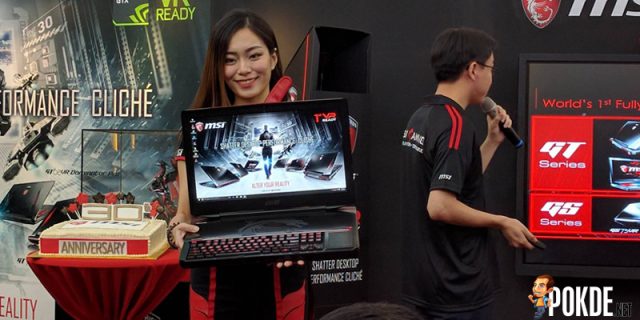 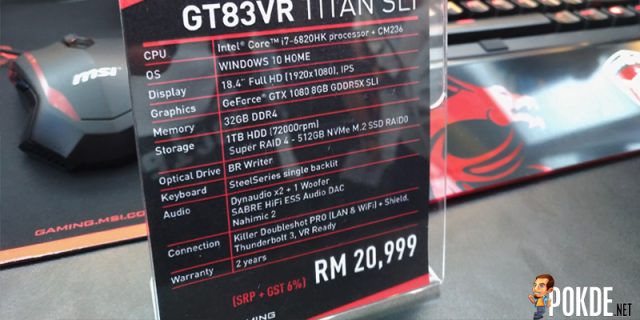 At the event, MSI showed off their highest end offering, the MSI GT83VR Titan SLI with TWO NVIDIA GeForce GTX 1080s in SLI configuration. Overclocking on this laptop should not be an issue, since it is cooled down by the new “Cooler Boost Titan” cooling system, an exclusive cooling design by MSI sporting a total of 15 heat pipes to keep the graphics cards cool when the going gets hot. 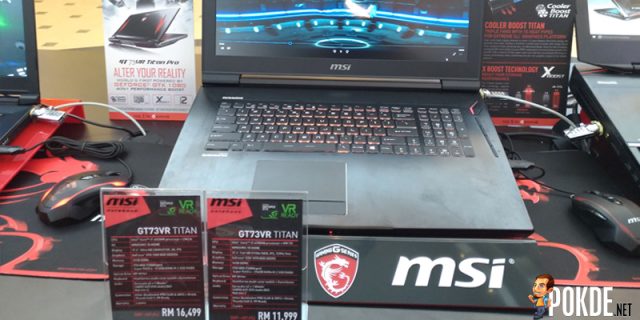 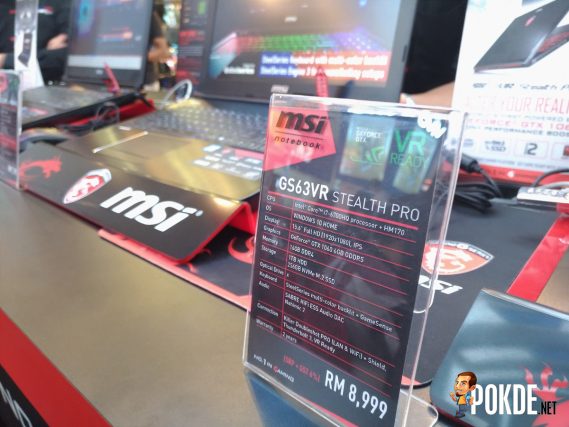 If you think that a 4K display doesn’t suit your tastes, the MSI GT72VR and GT62VR are packed with the NVIDIA GeForce GTX 1070. Both gaming laptops use are cooled by 7 heatpipes and two fans, with Cooler Boost 4 for even more cooling performance if the need arises. 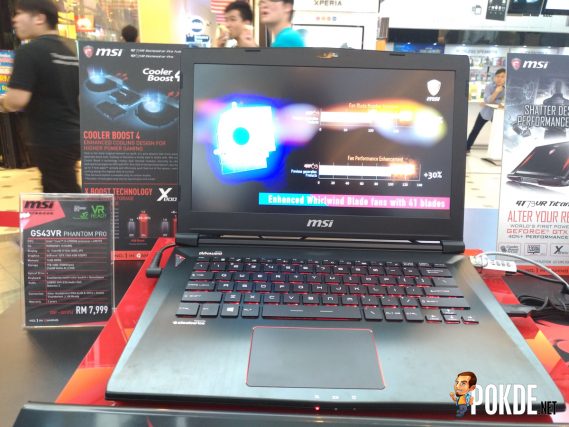 Build for enthusiastic gamers, the MSI GS73, GS63VR Stealth Pro, MSI GS43 Phantom Pro and MSI GE 72VR will be equipped with the NVIDIA GeForce GTX 1060 graphics cards. It’s perfect for 1080p gaming and these notebooks are VR Ready too. 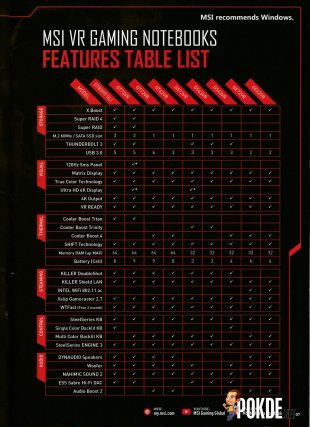 The pricing for the new MSI gaming laptops are as below:

Pokdepinion: Most upcoming gaming laptops will be using the latest NVIDIA Pascal graphics by the way and we literally know how its performs. However we saw an unnecessary emphasis put on their RGB keyboard, instead of things that matter more to gamers, like their unique cooling systems. Aside from that, the most interesting part about the new MSI gaming laptops to me is the 120hz 5ms panel, the cooling design, ESS Sabre Hi-Fi DAC and NAHIMIC SOUND 2. For me these features will definitely enhance MSI gaming notebooks users’ gaming experience the most, while also serving as a major differentiating factor from the competition. 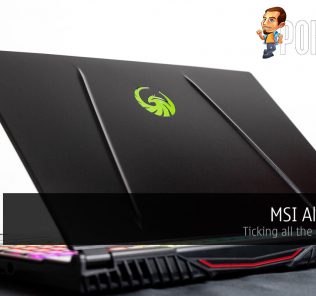 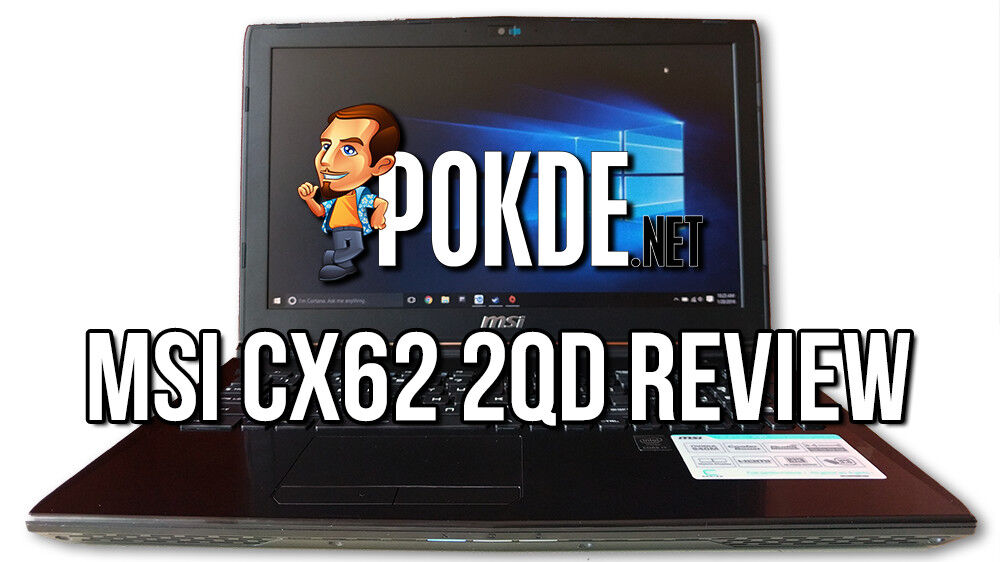