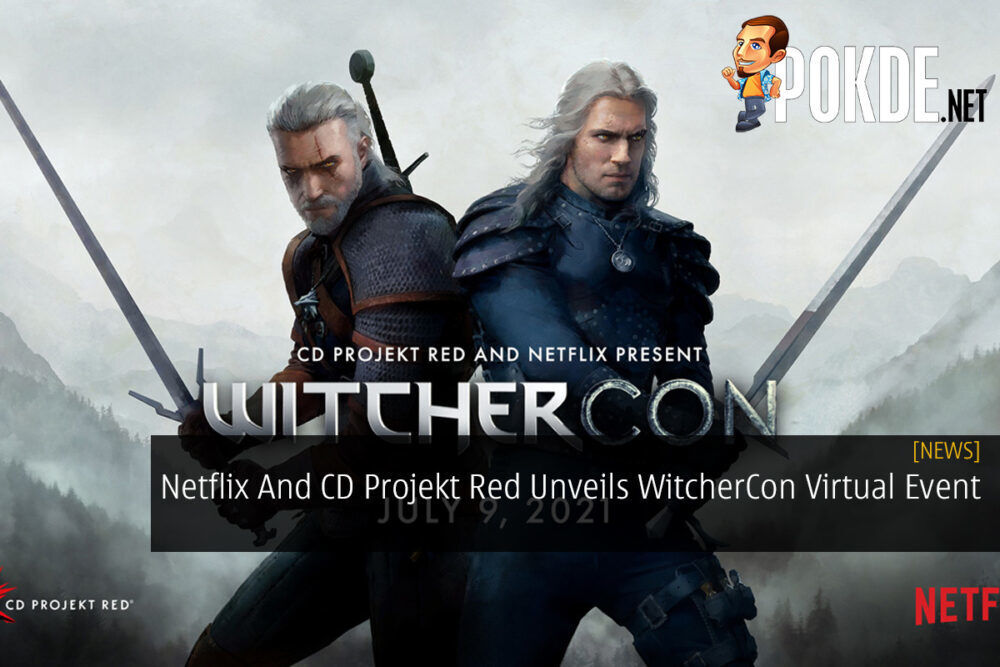 Netflix and CD Projekt Red has partnered up in revealing WitcherCon, the first ever multi-format event dedicated to The Witcher universe.

The full lineup includes a number of interactive panels, with each of them holds a host of exclusive surprises from The Witcher live action series and the upcoming anime feature. It will be hosted by Julia Hardy, who will present insights to the production and creative processes behind the Witcher universe. 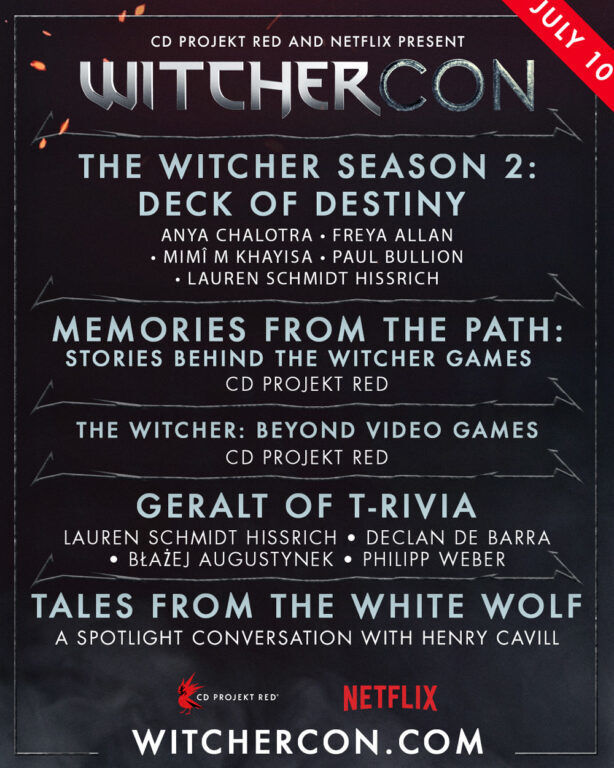 As you can see, there’s plenty to look out for during the live event. You can catch it live on both Twitch and YouTube on the 10th of July at 1am (Malaysian time) with each of them containing exclusive content. The second stream which also airs of Twitch and YouTube will begin at 9am on 10th July as well.

For more details on WitcherCon, you may head to the link right here. Stay tuned to Pokde.net for the latest tech and gaming news plus reviews.

Pokdepinion: I don’t know about you, but I’m just excited for season 2 of The Witcher series. It’s been enjoyable so far. As for that anime feature, well I just hope that it lives up to the expectation that the franchise has..