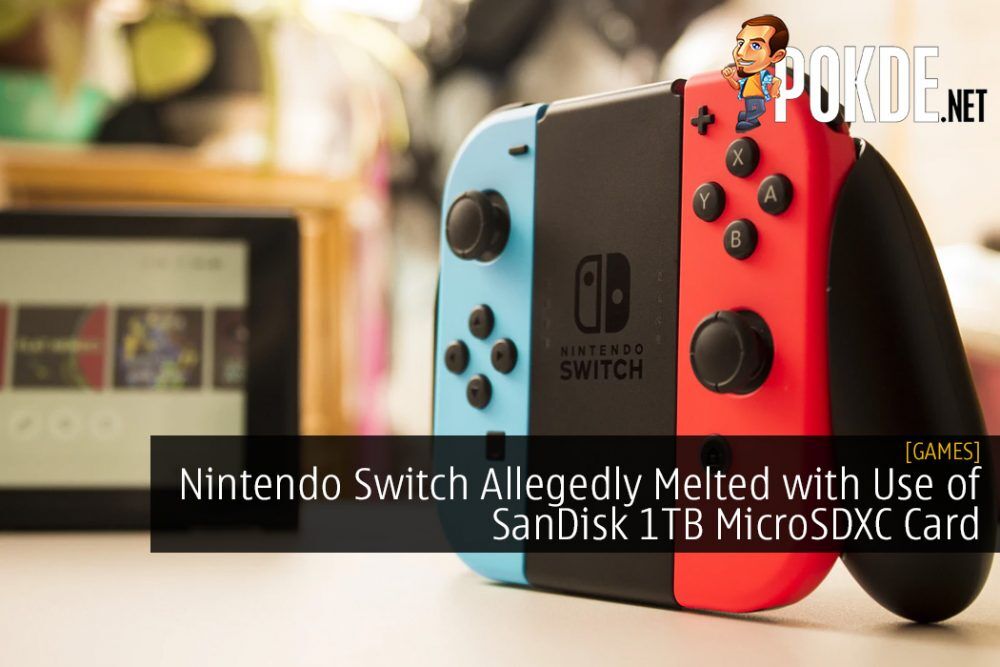 Looks like there’s some controversy regarding the Nintendo Switch that happened recently. Reddit user “NefariousZhen” has posted on the platform stating that his Nintendo Switch has melted when he used a brand new SanDisk Extreme PLUS 1TB microSDXC UHS-1 card.

The microSD card was purchased brand new during a Black Friday sale for USD $400. Yes, the memory card itself costs more than the Nintendo Switch itself. To make matters worse, it was out of warranty. At the time, the firmware was at version 9.1.0.

Surprisingly, Nintendo has stepped in and said that they will replace the melted Nintendo Switch. According to NefariousZhen:

I was instructed to hold on to pictures, the sd card, and the switch until I receive further instructions from them. I offered them pictures, but she said she did not want them at this time.

At this point in time, SanDisk has yet to comment on the matter. For now, it’s best to avoid using the SanDisk Extreme PLUS microSDXC UHS-1 card on your Nintendo Switch regardless of the storage capacity. We’ll report more on the matter if and when information becomes available.

Pokdepinion: Didn’t expect a memory card to be capable of causing that much damage. It’s already an expensive one to begin with, guess it had some unknown “additional costs” as well.

Aiman Maulana
Jack of all trades, master of none, but oftentimes better than a master of one. YouTuber, video editor, tech head, and a wizard of gaming. What's up? :)
Pokde Recommends
consolefailureGaminghardwareMalaysiaMemory CardmicroSDnintendo switchGamingNewsNintendoSwitch
MORE
Read More
1179

The HUAWEI x Gentle Monster Eyewear is probably the coolest pair of shades yo...
Next