PewDiePie Reveals He’ll Take A Break From YouTube Next Year 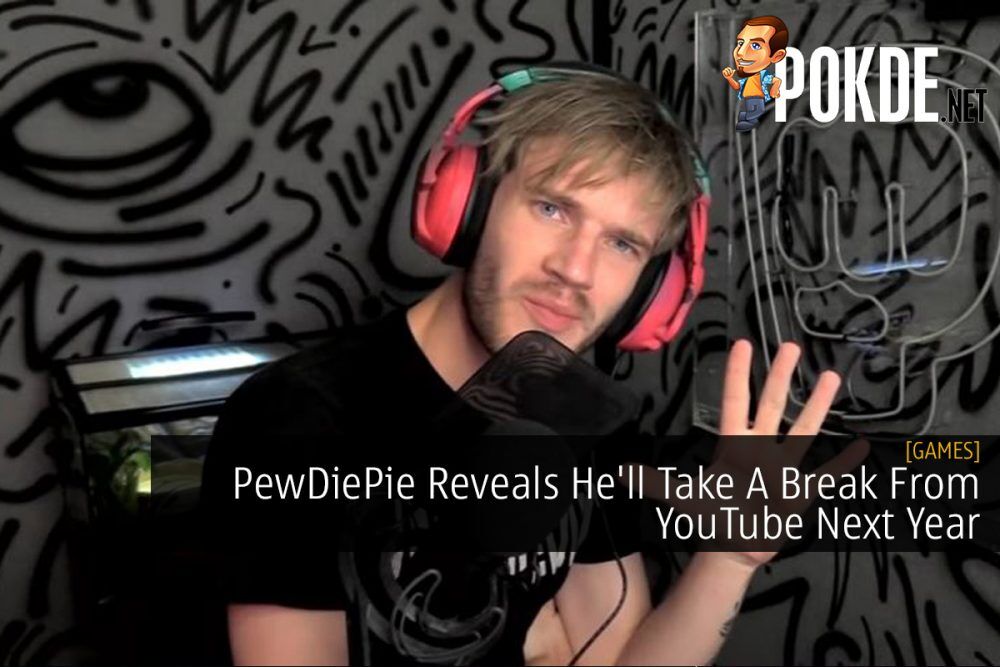 It’s hard to be in the 20th century and to not know the name “PewDiePie”. He is after all the most successful content creator on YouTube after all. Despite topping the charts in the video streaming platform, it seems that he’s tired of it.

PewDiePie, or his real name, Felix Kjellberg managed to gather 100 million subscribers on YouTube this year, an incredible feat to say the least. Some might think about what’s his next move since he’s already made it thus far. Well here’s what he has to say:

I think now is a great time as any to announce I have a special announcement to make. I am taking a break from YouTube. Next year. I wanted to say it in advance because I made up my mind, I’m tired. I’m tired. I’m feeling very tired. I don’t know if you can tell. Just so you know, early next year I’ll be away for a little while. I’ll explain that later, but I wanted to give heads up.

Some have speculated on what could be the exact reasoning to him releasing a statement such as that. It could be due to the sole fact that he is..well tired. Let’s just hope that he returns to the scene with a bang.

Pokdepinion: Though I don’t watch his videos as much nowadays (I prefer his old contents), it’s definitely tiring being in this type of industry. Many don’t see the hard work that goes behind the scenes. I’d say he deserves his break.

Toys “R” Us Allegedly Sells Children’s Data For Income
Next