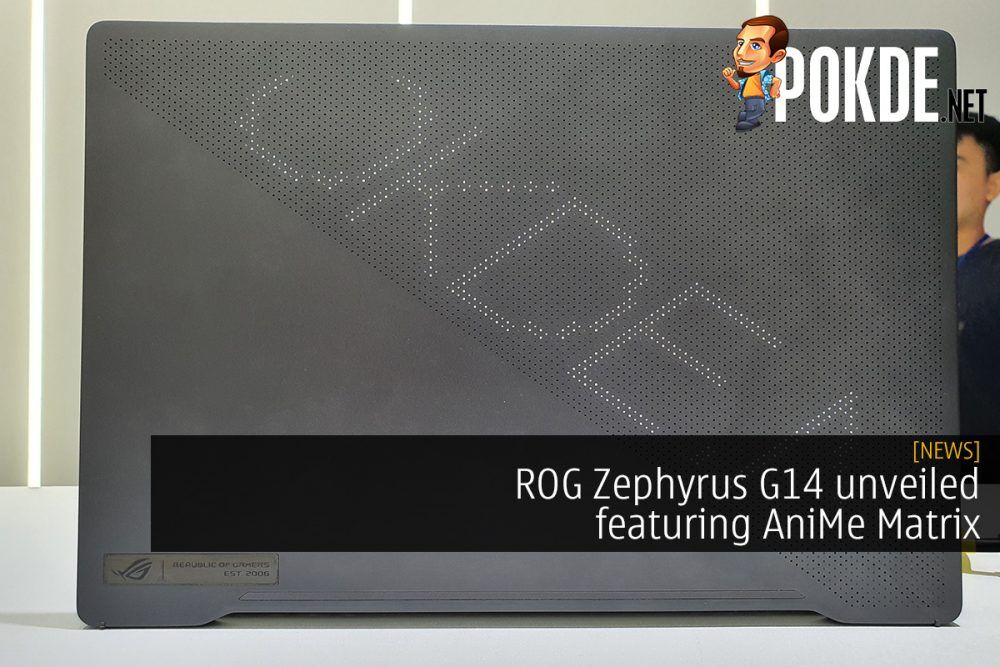 The ROG Zephyrus series needs no introduction. Ever since it surfaced, it has made headlines after headlines, wowing us every time. Today was no different as we got to see the ROG Zephyrus G14 up-close and personal at its home in Taipei, Taiwan.

What was first sighted at the CES 2020, made its debut today as ASUS invited some of the selected key media from APAC to have a personal experience with what is touted to be the most innovative machine of the year. The highlight of the ROG Zephyrus G14 is definitely its AniMe Matrix LED personalization on its lid that lets you show custom graphics, animations and effects through over 6500 precision-cut holes.

At only 17.9mm thinness and weighing only 1.6kg, it makes it hard to believe what ASUS has managed to cram into such chassis. For the first time ever, the ROG Zephyrus series has been transplanted with the AMD Ryzen 4000 Series mobile processors featuring world’s first x86 8-core and 16-thread CPU built on the groundbreaking “Zen 2” core architecture combined with the industry leading 7nm FinFET process technology. This has been coupled with Nvidia GeForce RTX 2060 GPUs.

The result? The ROG Zephyrus has evolved into a machine that we have never seen before. It’s a breath of fresh air without the bottom intake lift or unusually positioned touchpads, yet retaining the slim profile and bringing breathtaking performance to the table.

There will be several variants of the ROG Zephyrus G14 with choices of either 120Hz refresh rate displays or WQHD resolutions optimized for gaming and content creation. While we have information that the ROG Zephyrus G14 will be making its way to Malaysia, the final specifications for our local model will be announced later. We will definitely be reviewing this piece of marvel, that’s for sure.