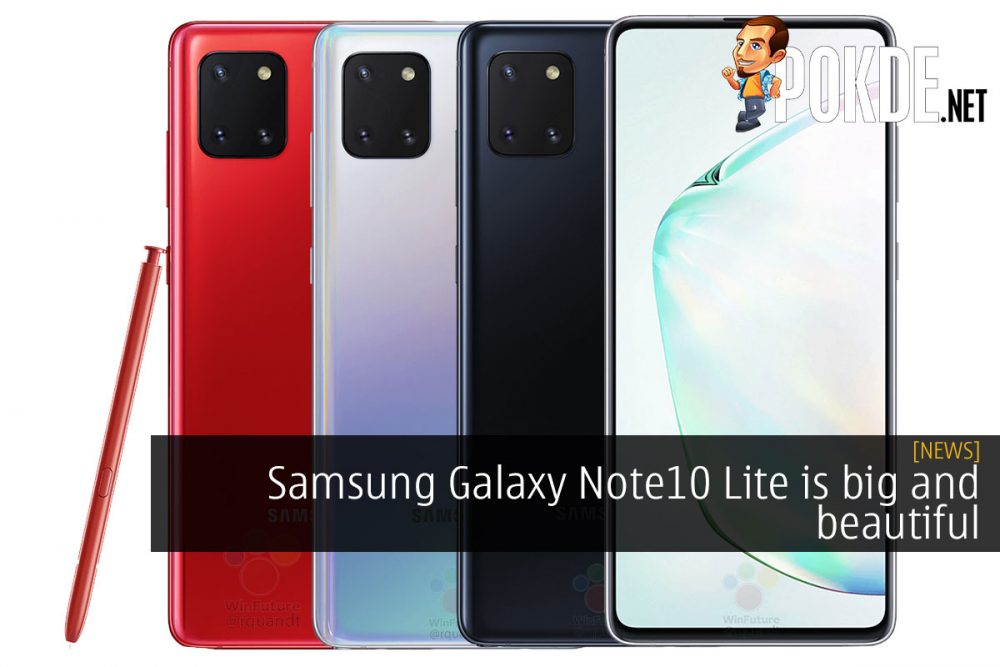 How big? 6.7″ big. Rumors hint to a display size larger than the 6.3″ Galaxy Note10, although the display is going to be the flat kind instead of the curvy ones Samsung has used in all their recent flagships. I think the Samsung Galaxy Note10 Lite will actually be called the Galaxy Note10e, but I digress.

In addition to the larger display, the Galaxy Note10 Lite (or Note10e) is expected to have a massive 4500 mAh battery, complete with 25W fast charging. The camera will be borrowed from the Galaxy Note10 series, with a triple camera setup featuring a zoom, a telephoto and a “standard” angle one, all with 12MP sensors. The cameras will be packed into a rectangle in the upper left corner, similar to what we saw Samsung use with the Galaxy A51 and Galaxy A71.

Over on the front will be the centered punch hole, packing a 32MP selfie camera. Less impressive would be the chipset, with the rumors pointing to an Exynos 9810, which is the chipset powering the Galaxy Note9.

Of course, it will come with a S Pen as we are talking about a Galaxy Note device. Pricing is slated to be a cool 609 euro (~RM2794), although it should be around the RM2500 mark once it comes into Malaysia. Expect to see more details about the device as we approach the rumored launch date of 10th January.

Pokdepinion: Seems like an interesting move to offer a more affordable way to experience the S Pen…

Qualcomm and NVIDIA prefer TSMC over Samsung’s foundries
Next