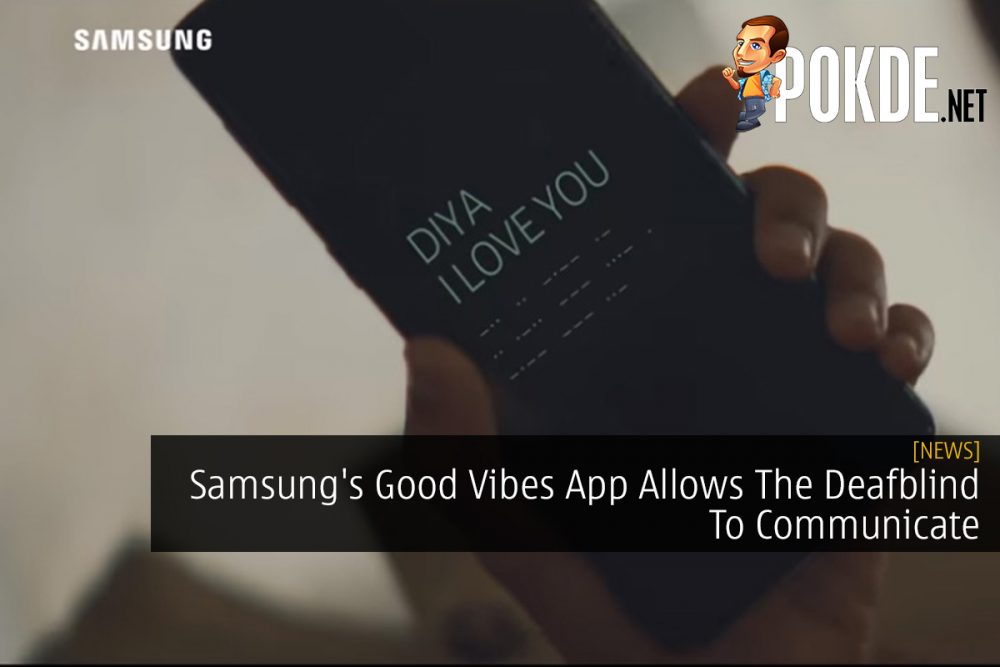 In today’s world, communication is easier than ever thanks to the technology that surrounds us. Unfortunately some have the difficulty in doing so due to disabilities. Over at Samsung India, it seems that they’ve introduced an app that helps the deafblind to communicate.

The app, which is called Good Vibes, allows a deafblind person to send a message from the app by tapping on the screen by using Morse Code, where all the letters of the English alphabet are combination of dots and dashes.

If they were to receive a message, they can understand the messages through vibrations, where a small vibration means a dot and a long vibrations would mean a dash.

The Samsung Good Vibes app has an ‘Always On’ setting. Once it is installed in Deafblind mode, the setting allows the app to automatically open on the phone of the deafblind, even after a restart.

Deafblind is a term that’s used when a person has a combination of impaired vision and hearing.

Pokdepinion: A good initiative from them. Everyone deserves a chance in life.

We got a Chance to Interview Acer Malaysia’s Senior Product Manager!
Next