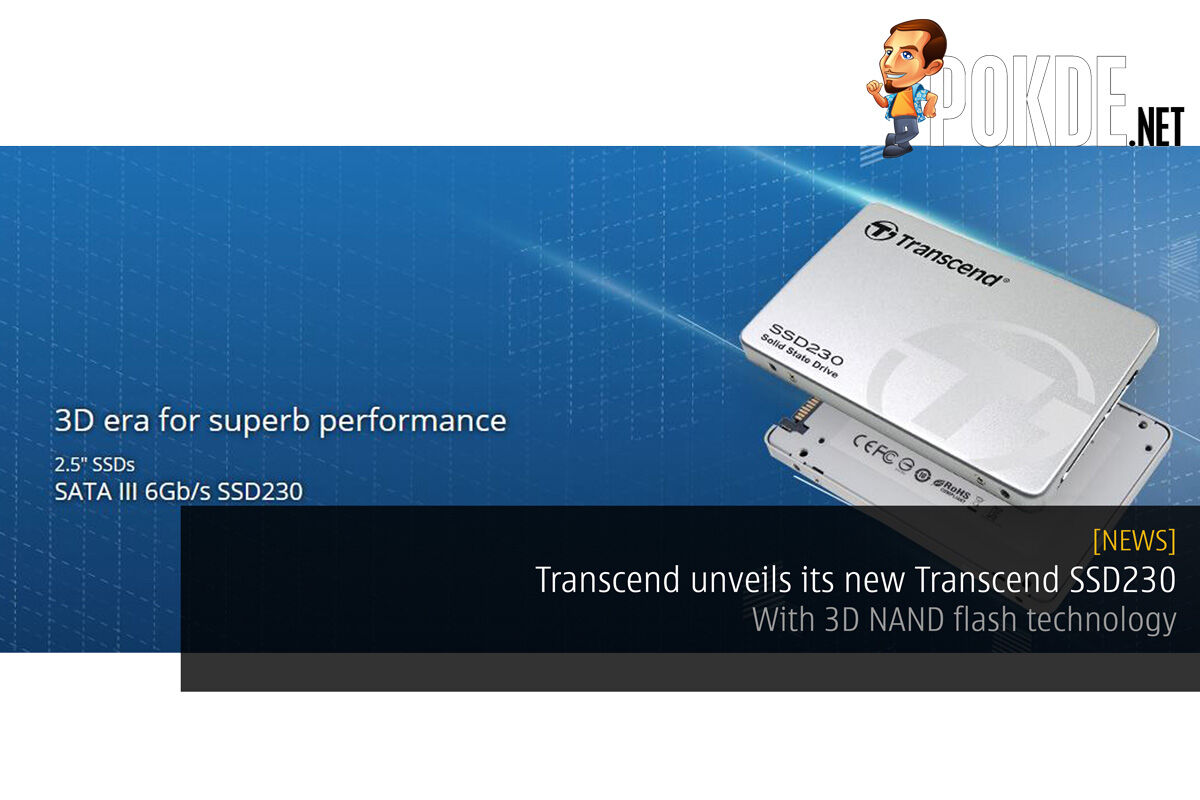 Transcend today announce the launched of a brand new SSD, the Transcend SSD230 with built-in 3D NAND TLC flash technology. With the growing needs for high-capacity and high-performance storage, Transcend has adopted 3D NAND flash technology for its 2.5” SSD230 solid state drives, boosting storage capacity, transfer rates, and reliability all at once. 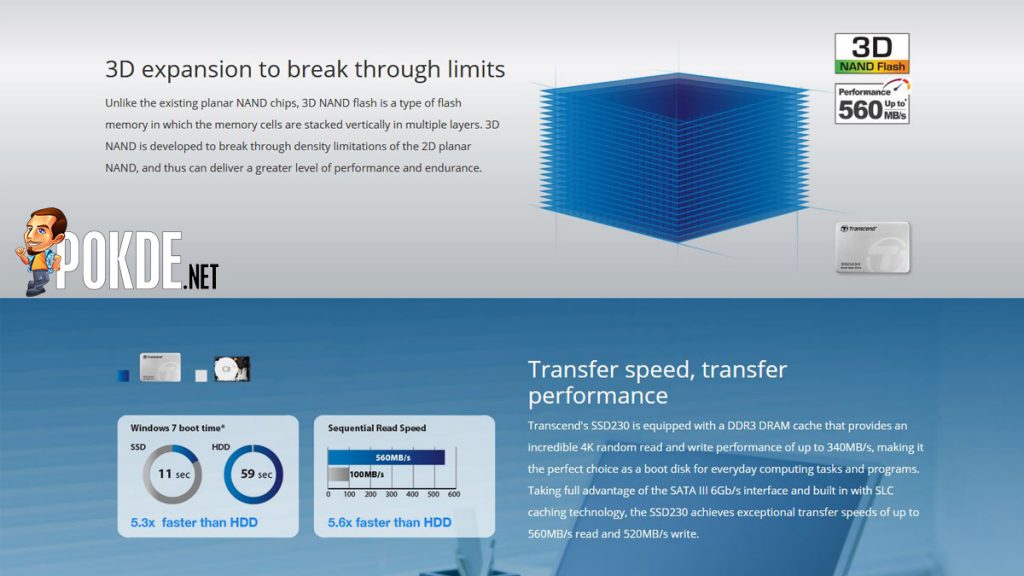 3D NAND flash features multiple layers of memory cells stacked vertically. It not only resolves the density limitations of 3D horizontal NAND, but also boost read and write performance, as it does not require the invocation of algorithms to prevent data corruption. 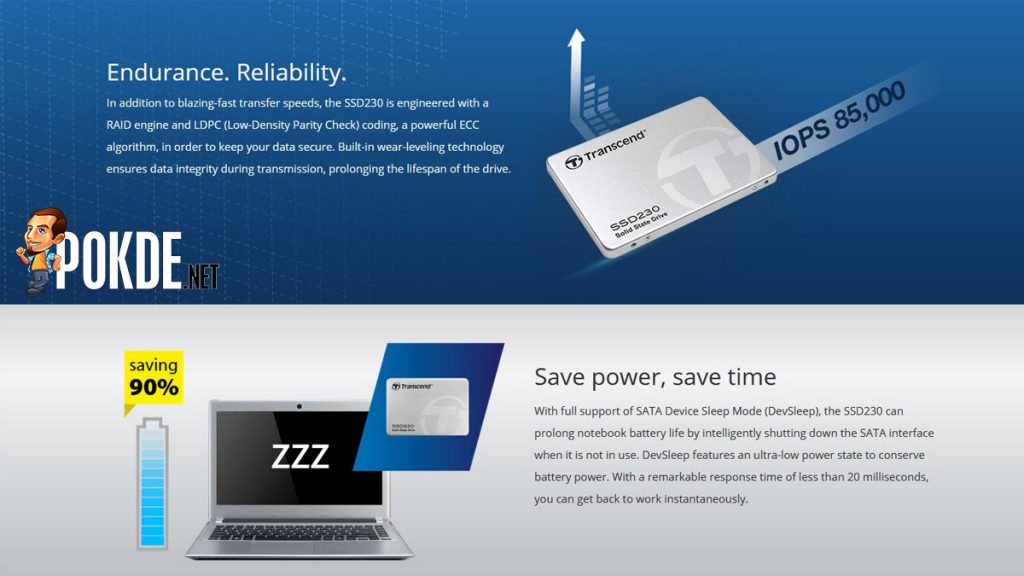 The Transcend SSD230 is equipped with a DDR3 DRAM cache that provides and incredible 4K random file access up to 340MB/s, making it the perfect choice as a boot disk for everyday computing task and programs. With SATA III 6Gb/s interface and built-in SLC caching technology, the SSD230 achieves transfer speed of up to 560MB/s read and 520MB/s write. The Transcend SSD230 also features a RAID engine and LDPC (Low-Density Parity Check) coding, a powerful ECC algorithm that also found on the Transcend SSD51K we reviewed before. 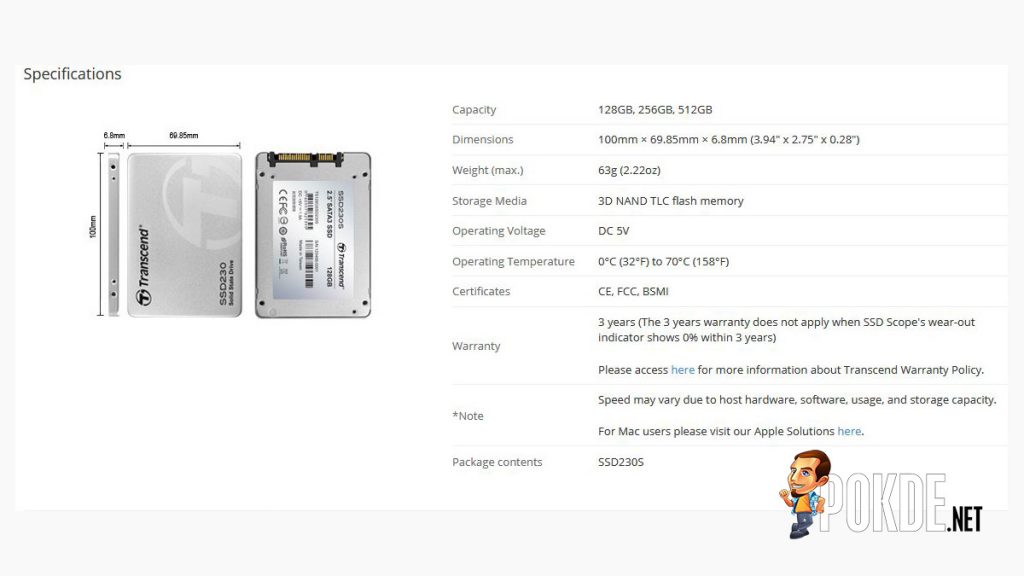 SSD prices to go up with 6.5EB of 3D NAND lost to contamination
Read More
4325