vivo announces their NEX big thing for RM2799 — no notch for maximum screen! 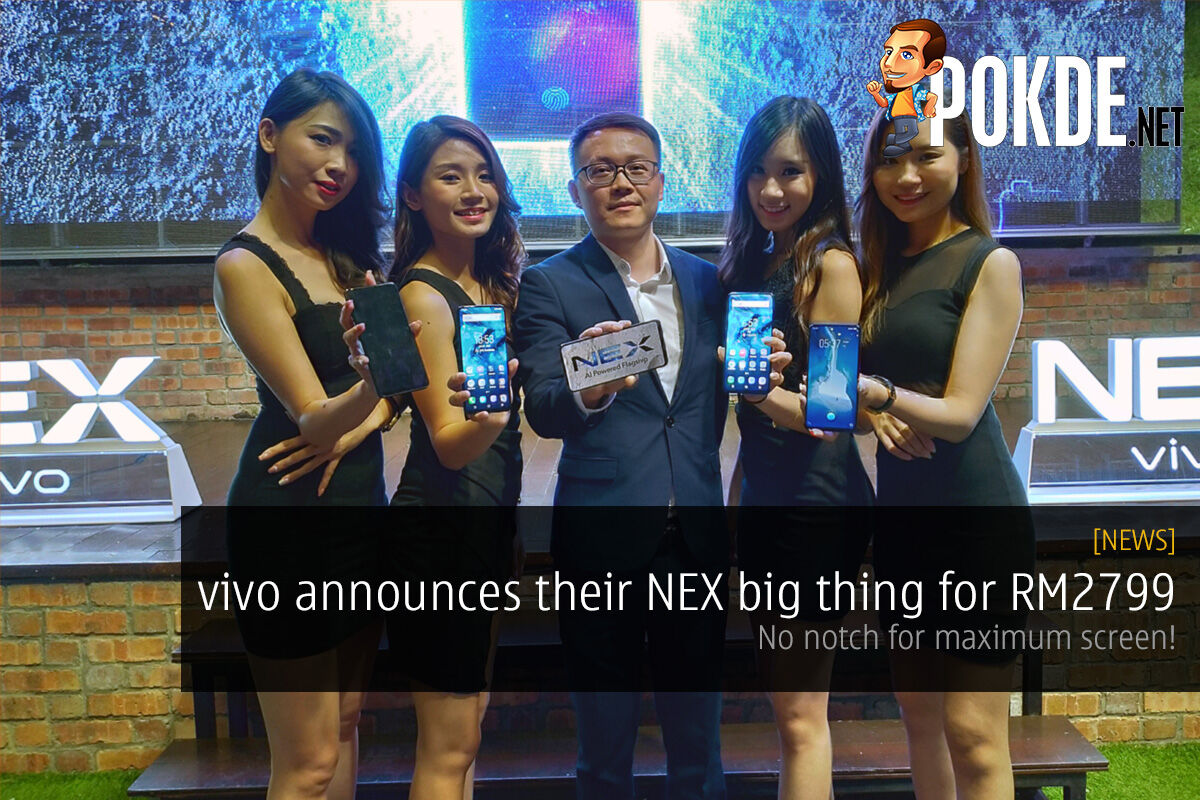 The much anticipated vivo NEX is finally here in Malaysia. While OPPO took the approach of raising the entire top edge, hiding both the rear and front camera, vivo just hides the selfie camera. Rather surprising for a device coming from a selfie-centric brand, but we will get to that later. 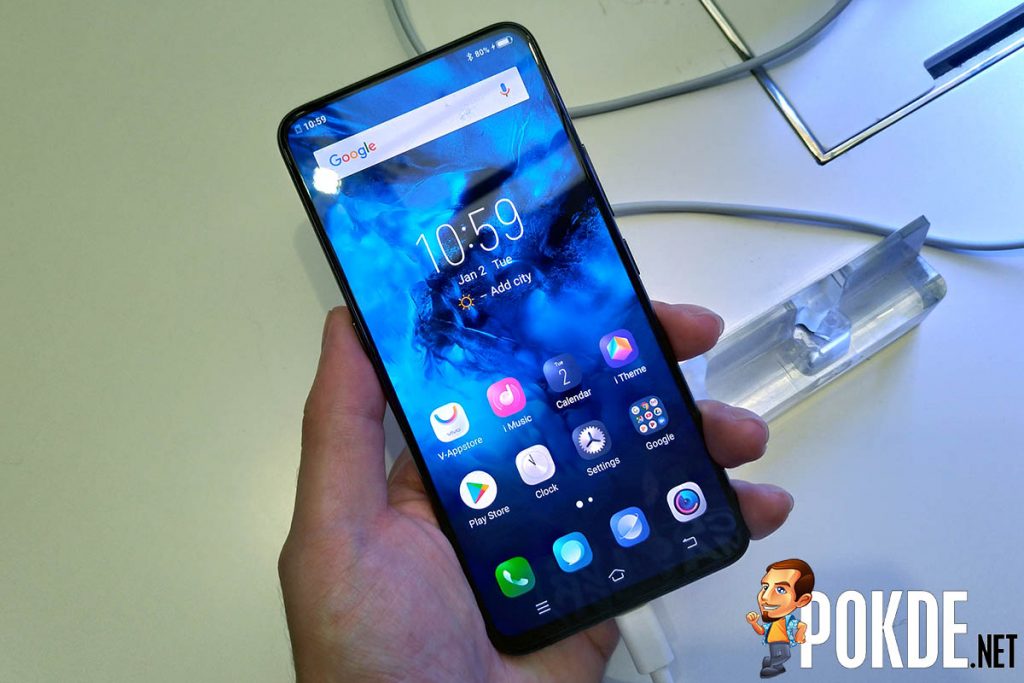 The front is filled entirely by the 6.59″ Super AMOLED screen, which also doubles as the call speaker via Screen Sound Casting technology. This is not a new technology, as Xiaomi has already done it with the very first Mi MIX. vivo does cite differences in the implementation to give better sound, but we will have to see if it lives up to more conventional ways of conveying sound to eardrums. The screen also functions as a fingerprint scanner, with the fingerprint sensor located under the lower quarter of the display. 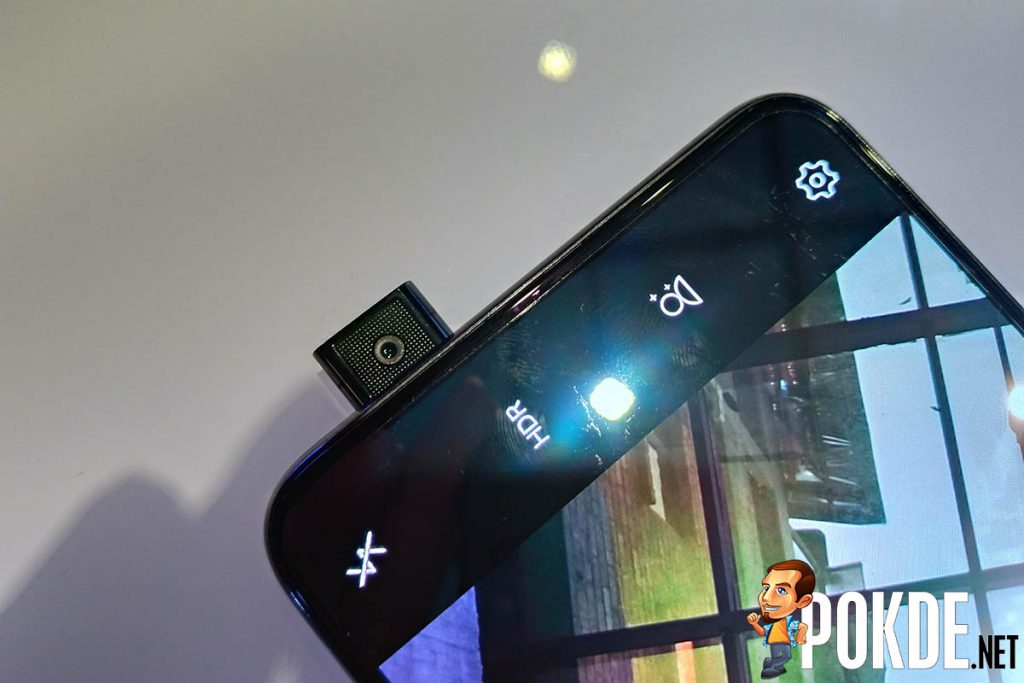 The essential sensors like ambient brightness has also been moved to the back, while the proximity sensor is so tiny it is essentially invisible. The unsightly notches found on phones launched earlier this year is entirely eliminated, with the 8MP front camera popping up on demand. The rest of the hardware is a lot more conventional though. 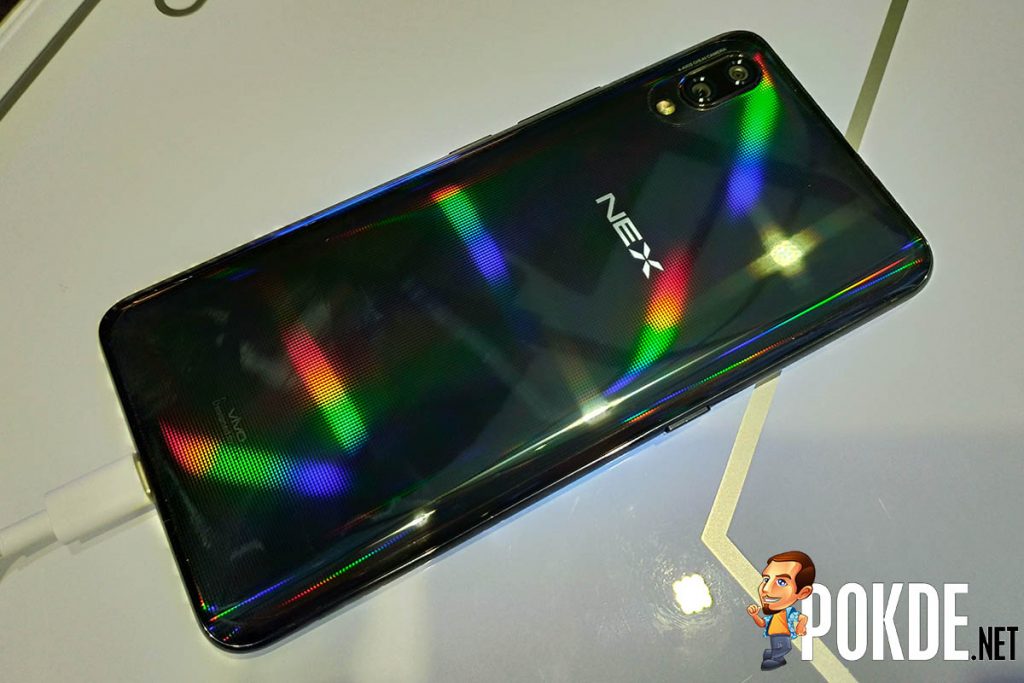 We get a flagship-class Snapdragon 845 mated to 8GB of RAM, and also a rear 12MP Sony IMX 363 sensor, with 4-axis OIS and also a bright f/1.8 aperture. A secondary 5MP sensor ensures that you get good depth detection for more accurate bokeh enhancements. Last but not least, a large 4000 mAh battery keeps the vivo NEX going long after its peers with lesser batteries die out. 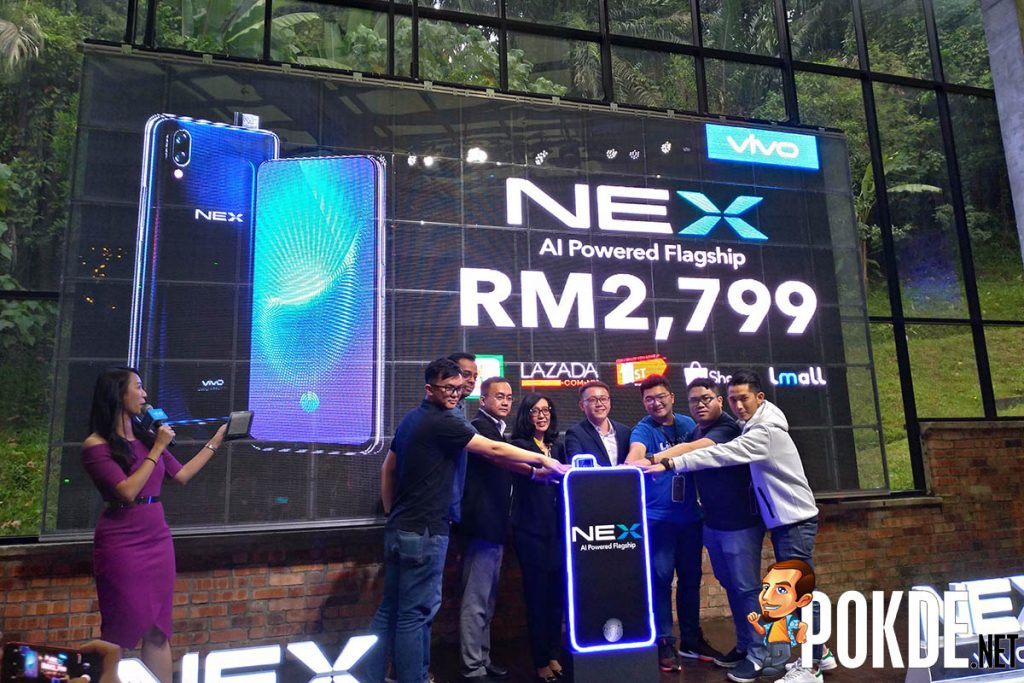 Priced at RM2799, the vivo NEX comes as somewhat of a surprise. At this price, it actually matches the OnePlus 6 which is actually pretty good value for money. Given the choice, which would you pick?

Pokdepinion: I think the vivo NEX definitely deserves a second look at this price. It’s like the Mi MIX 2 all over again for me. A cutting-edge design with flagship hardware, and a price that is perfectly reasonable…