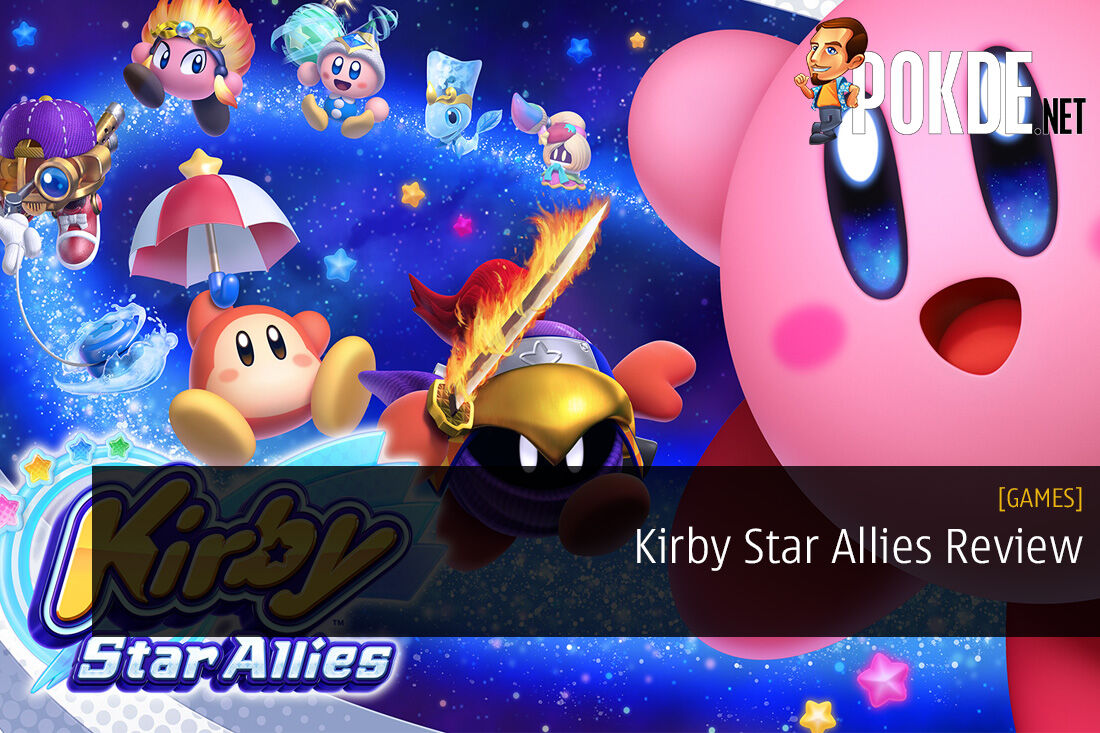 - Uneven experience as the one playing Kirby dictates how the game is played
- Requires familiarity with the game genre to get the full experience.

Kirby Star Allies has the most adorable mascot and the design clearly caters to the younger audience but you’d be surprised how fun it can be for everyone. Playing it with other people makes the game much more entertaining.

For our first Nintendo Switch game review, we take on the lovable Kirby in Kirby Star Allies. Is this game worth your money or should buy something else? 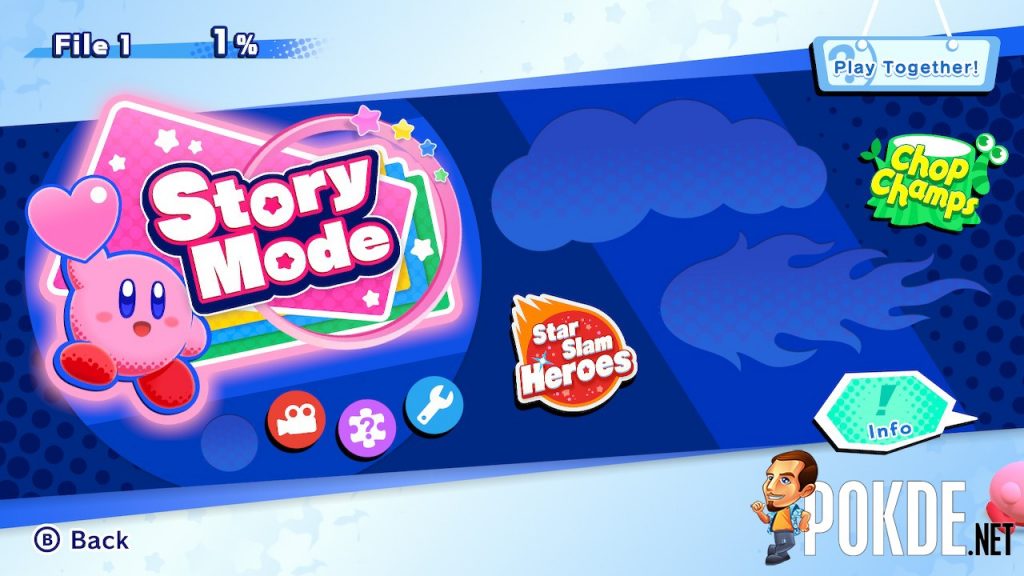 The Nintendo Switch may not have a lot of games in its library but given that it’s the latest videogame console to be released, that is pretty normal. Given that it’s Nintendo, some of these games may look like it’s intended only for the younger audience but you’d be surprised how much fun it is. We’re going to dive into one such game and it’s called Kirby Star Allies for the Nintendo Switch.

What is Kirby Star Allies About? 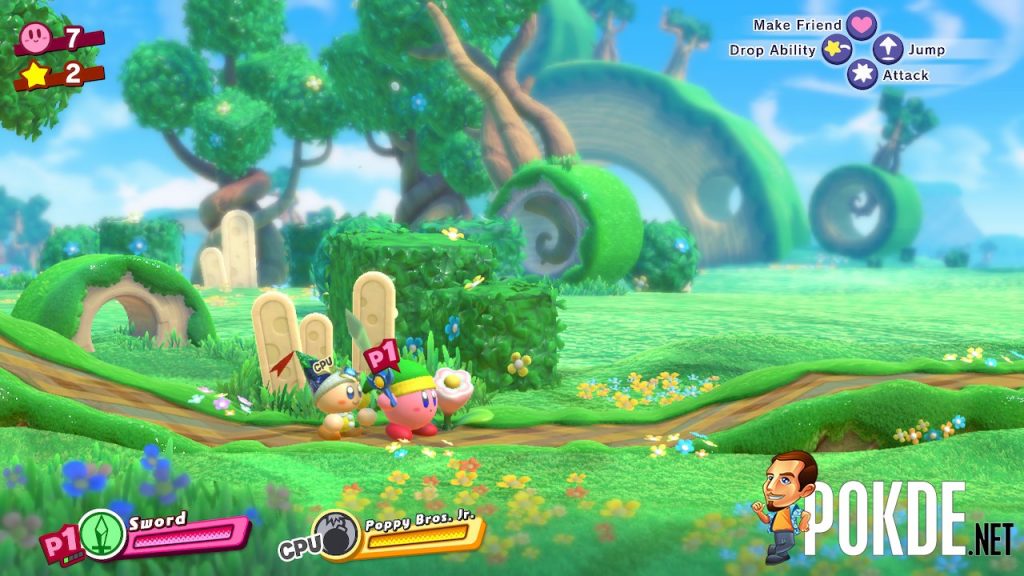 Kirby Star Allies starts off on a planet far away from Kirby’s home planet called Jambastion. In that planet, a dark crystal heart explodes due to an imperfection in a mysterious ritual, sending its numerous fragments, Jamba Hearts, hurtling deep into space. Many characters, including series veterans King Dedede and Meta Knight, are possessed while investigating the hearts that landed on Popstar.

A Jamba Heart hits Kirby, but it did not manage to corrupt it. Instead, it grants Kirby the ability to befriend any enemy simply by throwing hearts. With not much choice left, Kirby sets out on a brand new adventure to not only fix the root of the Jamba Heart problem, but to also liberate his friends and former enemies from the corruption of the Jamba Hearts. Little did Kirby know, the “thing” that corrupts people is a sentient being capable of planetary destruction.

A Platformer with a Versatile Multiplayer Focus 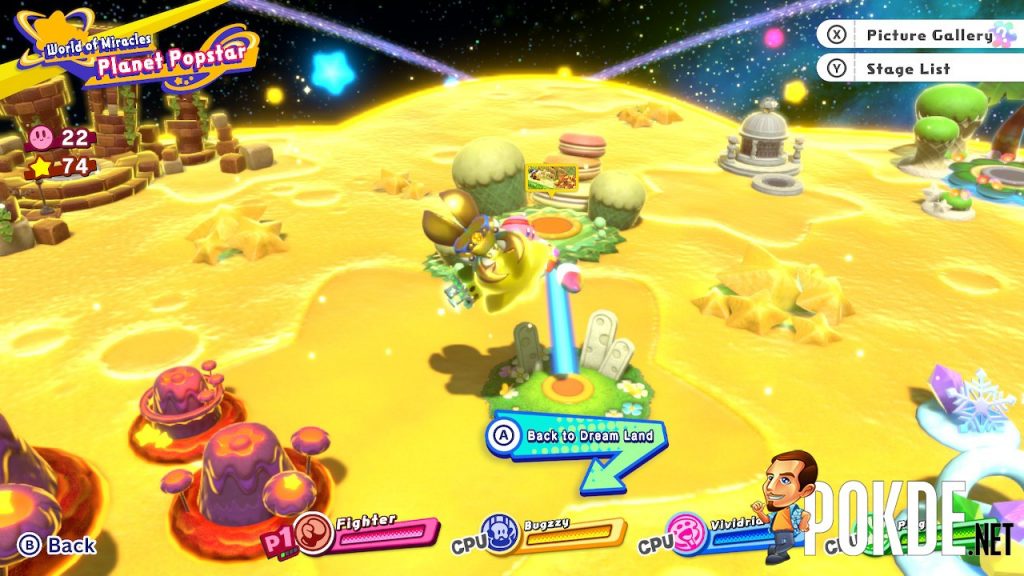 At its core, Kirby Star Allies is a platformer game just like previous entries to the series in older Nintendo consoles. If you’re not familiar with it, you can consider the gameplay somewhat similar to Mario with a major exception to how you deal with enemies. Kirby can absorb enemies in order to steal their abilities, which grants it a unique attack move. For example, if Kirby absorbs a Blade Knight, it will gain the ability to wield a sword and attack enemies with it.

This is classic Kirby as it is an ability that it had from the very first entry of the series. What’s new this time is the ability to turn enemies into allies by throwing a heart at them using the ‘X’ button. If the heart hits, it will instantly become an A.I.-controller ally that help you in your adventure. What makes this ability more interesting is that you can have friends join in anytime when you have an ally on-board. With a limit of up to 3 allies, you can turn it into a 4-player multiplayer adventure. 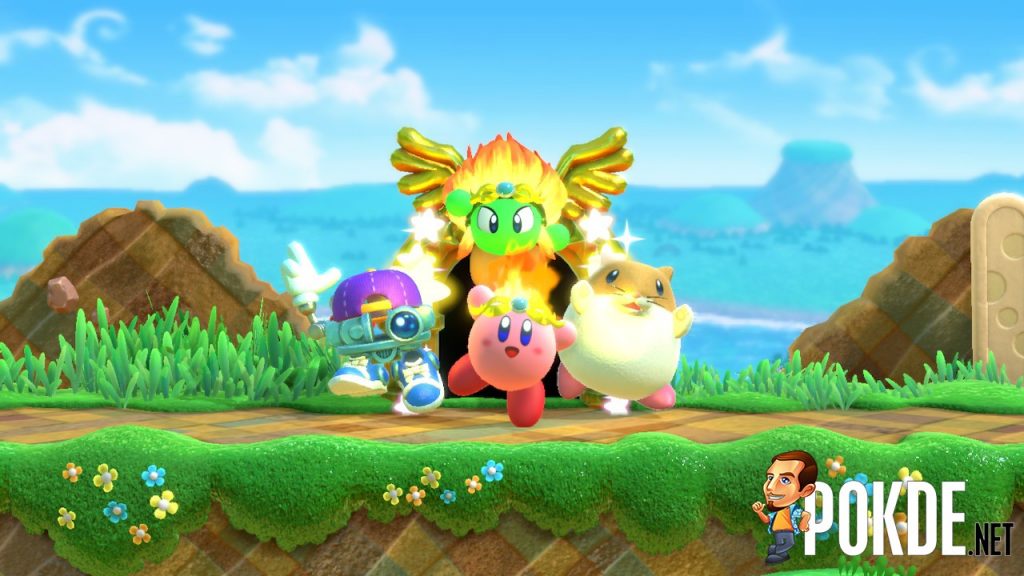 What makes this mechanic great is the fact that it gives Kirby Star Allies some versatility as to how gamers would like to play through the game. Most of us don’t get to play with friends that often so you can still play alone and whenever your friends are around to play with, they can just freely hop into the game so you don’t have to necessarily play it with friends just because you started it with them. 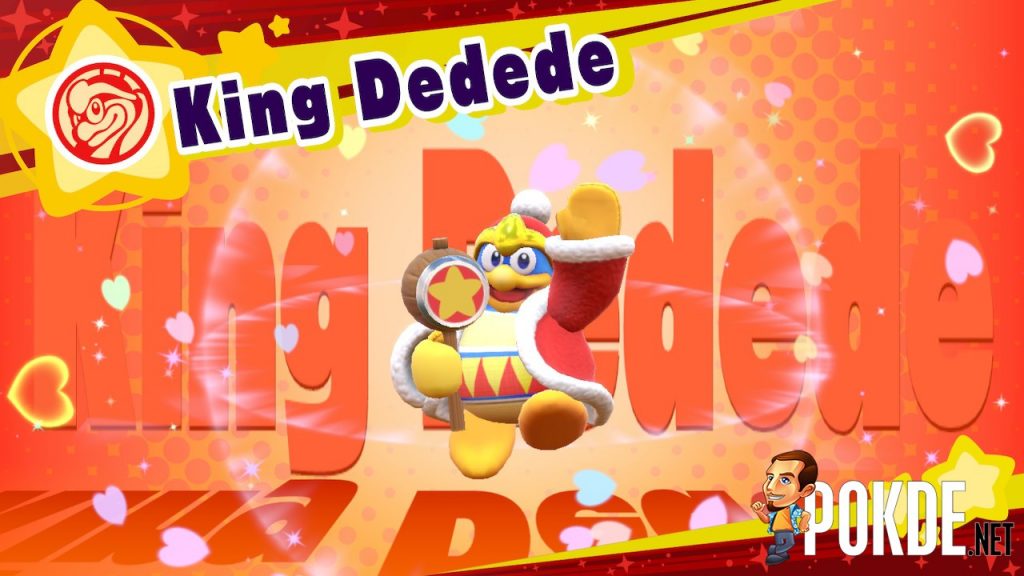 The downside to this is that the one playing Kirby will get to dictate what ally characters will be available to play as. Moreover, certain stages will have specific obstacles that will require specific abilities and if it cannot be solved by Kirby absorbing said ability, there is no choice but to swap an ally character with what is needed at the time. While you can always regain the lost character, it can be a bit troublesome if another player is adamant about sticking to a particular character.

It’s Fun for All Ages 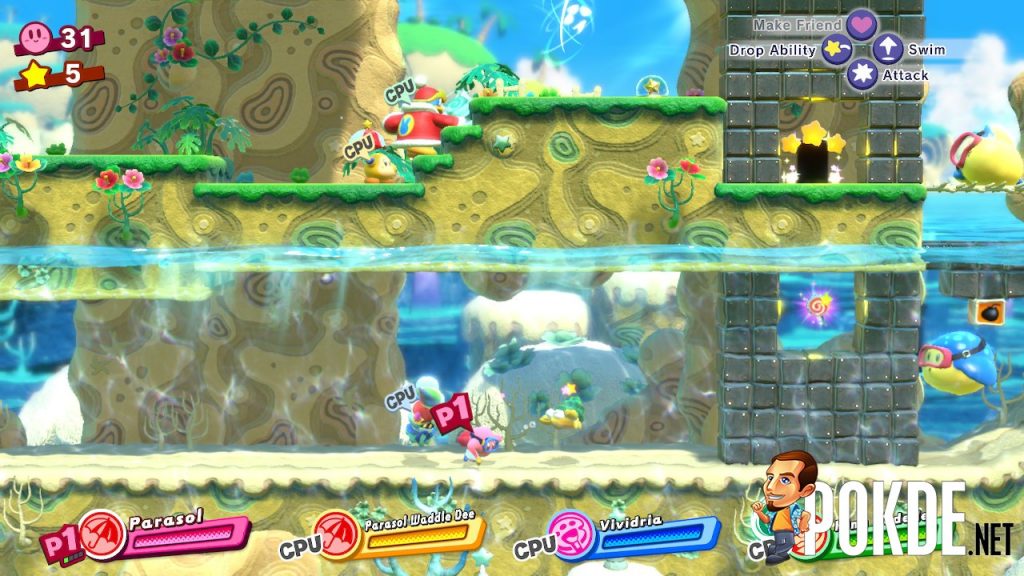 Kirby Star Allies is a rather straightforward game. You travel through a number of world maps in a semi-linear fashion just like in older Mario games, collect star coins which can grant extra lives after a reaching certain amount, find puzzle pieces to complete special artwork, and get through the obstacles that have been set up in each stage. 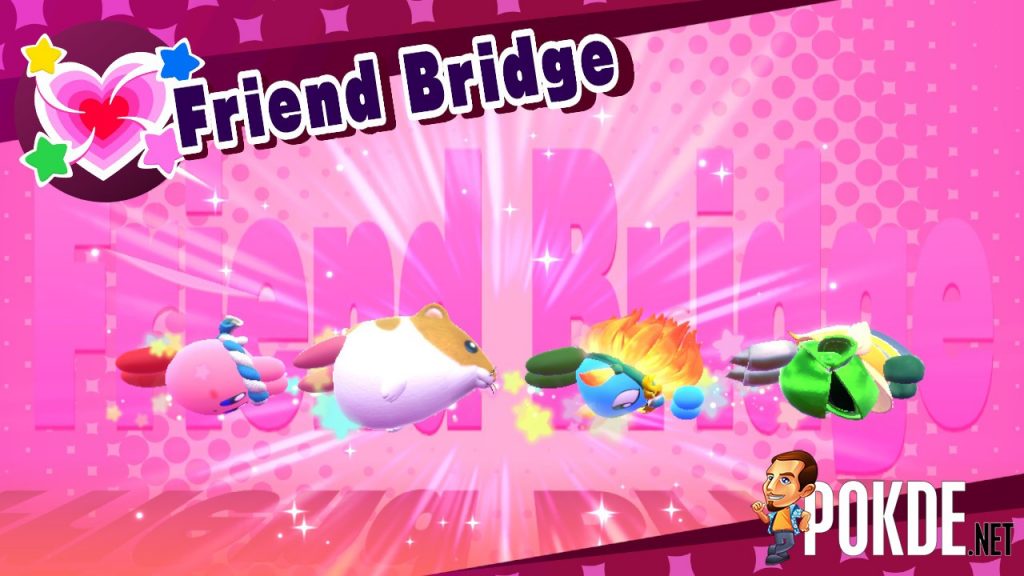 As mentioned before, the obstacles are usually focused on a particular character ability and isn’t entirely difficult but can require a little bit of outside-the-box thinking. The game isn’t cruel so most of the time, the ally characters and abilities that are required for an obstacle is usually nearby, so you don’t have to waste time backtracking to find what you need. All you have to do that point is to put the pieces together in order to overcome the obstacle.

There are optional portions available in plenty of the stages, usually accompanied by some form of puzzle, which can yield players with extra star coins, puzzle pieces, and other hidden collectibles. It’s not mandatory but it can make the game feel even more enjoyable when you find it. Keep in mind that some of these can be very well hidden but players familiar with the adventure / platformer genre shouldn’t have much problem discovering them. 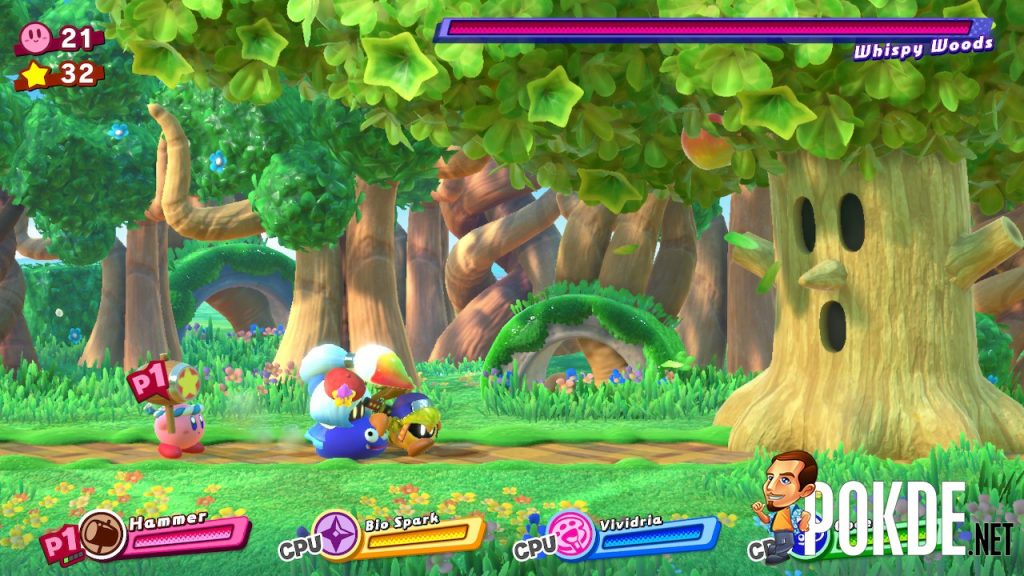 What’s surprisingly fun in Kirby Star Allies is the boss battles, which usually happens in bonus and important stages. There will be an enemy with a visible health bar that you will need to take down together with your allies and at that moment, the game starts to feel a lot more like Nintendo’s all-star brawl game, Super Smash Bros.

Boss battles really help the multiplayer feature of the game shine as you will need to work together and combine all your abilities in order to take the boss down. The difficulty varies greatly for different bosses, as most of them can be taken down easily by pummelling on them endlessly, but there will be some that are capable of complete annihilation. For the mini-boss battles, Kirby can either steal their abilities or make them join as an ally so don’t be too quick to send them flying away. 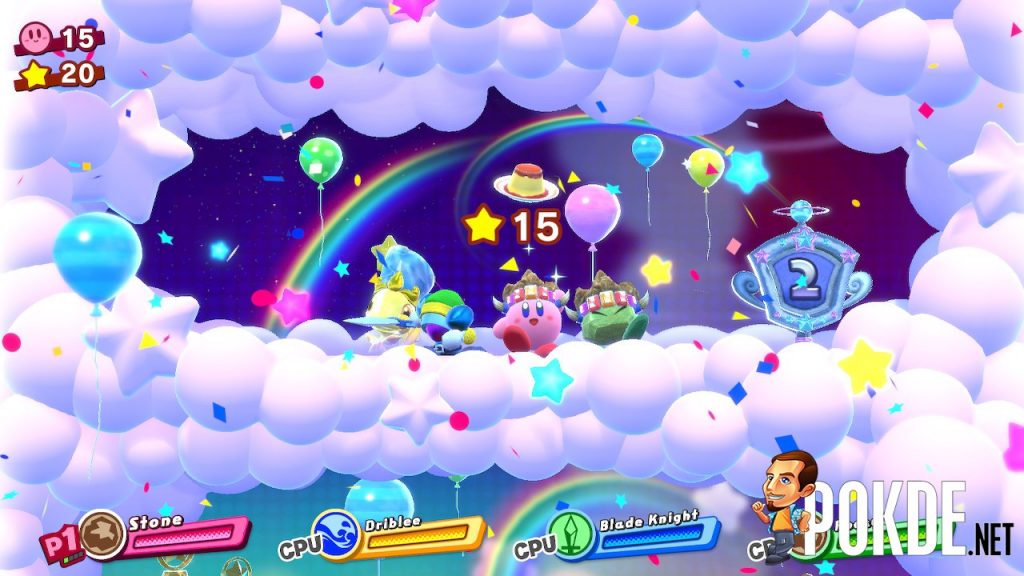 When I first got Kirby Star Allies for my Nintendo Switch, I was shallow to think that no adult could enjoy playing this game. It has the most adorable looking mascot and the design clearly caters to the younger audience but you’d be surprised how entertaining it can be for everyone. Even if it’s something you might not enjoy alone, playing it with other people will make the game much more entertaining.

It is a good game if you need something to pass the time if you take your Nintendo Switch outdoors, it is a great game if you’re going to play with friends, but is the perfect game for families to play together. It’s family-friendly content and a game that parents can use to bond with their children. With that in mind, I award Kirby Star Allies for the Nintendo Switch with our coveted Gold Pokdeward.

Aiman Maulana
Jack of all trades, master of none, but oftentimes better than a master of one. YouTuber, video editor, tech head, and a wizard of gaming. What's up? :)
Pokde Recommends
Kirbynintendonintendo switchPlatformerGamingNintendoSwitch
MORE
Read More
2405 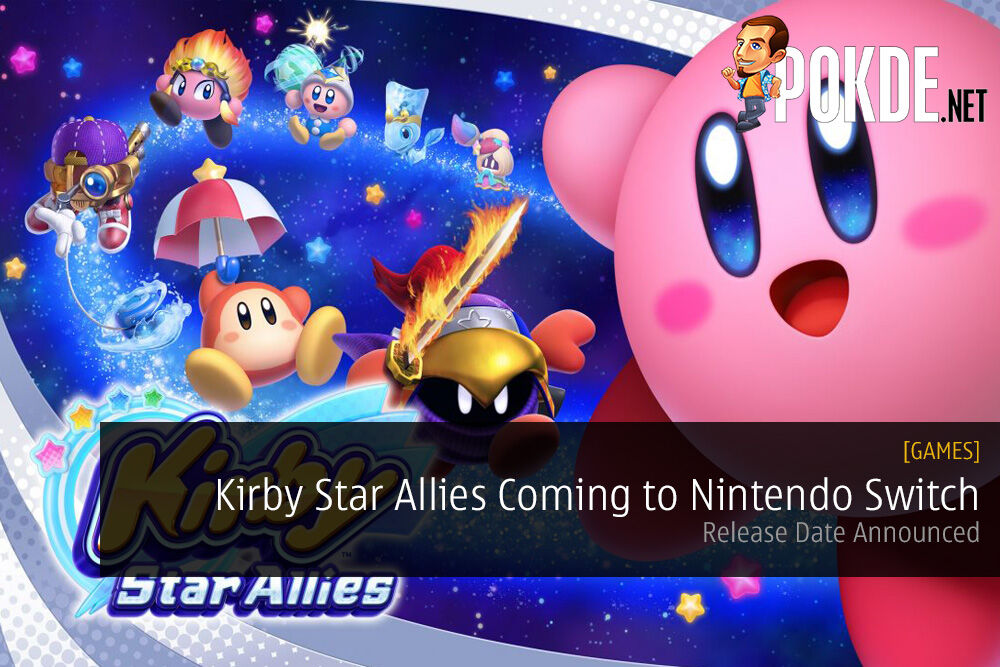 vivo announces their NEX big thing for RM2799 — no notch for maximum screen!
Next