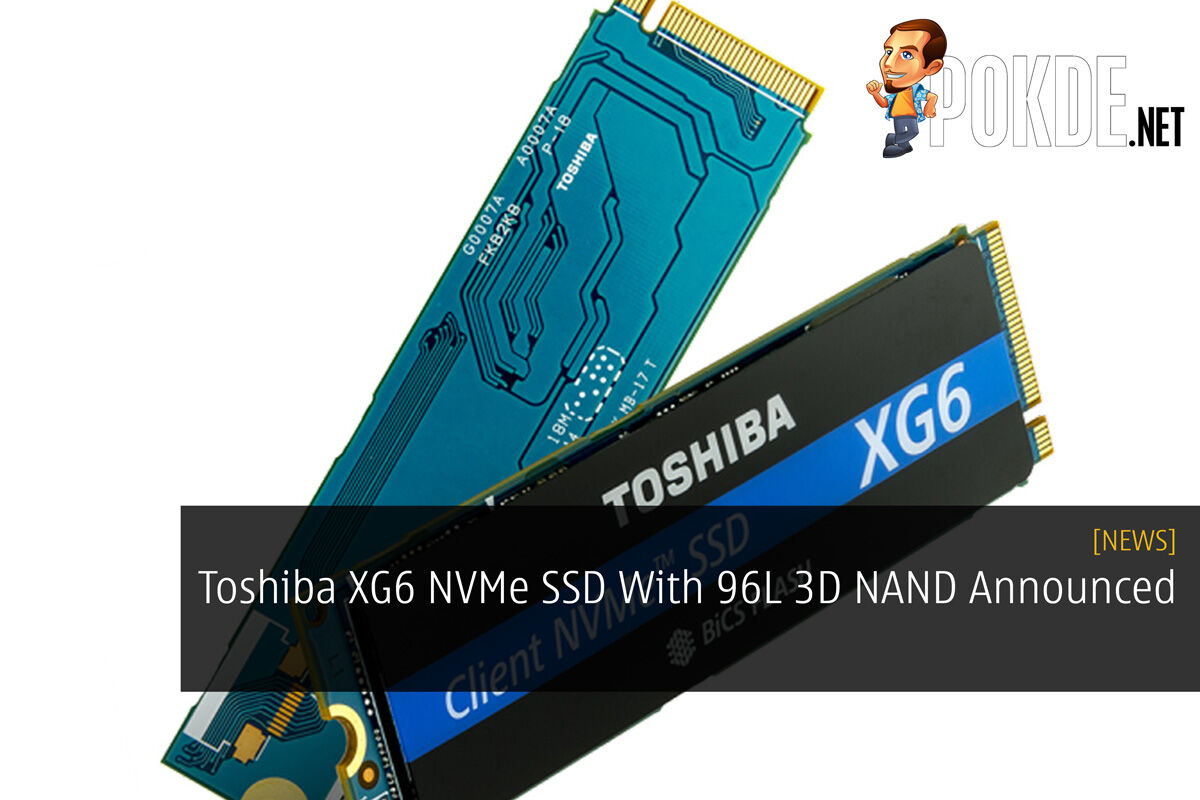 It seems that Toshiba will be introducing their first ever SSD that uses 96-layer 3D NAND flash memory in the form of the new Toshiba XG6.

The new Toshiba XG6 features a PCI Express Gen3 x 4Lane and NVM Express 1.3a interface. With a combo of the company’s fourth generation BiCS FLASH memory technology and SLC cache, it delivers write performance of up to 2960 MB/s.

Besides performance, it is also superior to its predecessor, the XG5 series in efficiency. It uses a maximum of 4.7W in active mode and 3mW during stand-by in the lowest power mode.

The new Toshiba XG6 will be available in three capacities; 256GB, 512GB, and 1024GB, where all of them comes on a single-sided M.2 2280-S2 form factor. Self-encrypting drive (SED) models supporting TCG Opal Version 2.01 will also be offered.

Pricing and availability is yet to be confirmed here in Malaysia.

Pokdepinion: Personally, I don’t think I know anyone that uses a Toshiba SSD. I wonder why is that so.. Anyways, we will update more on the product if it does come here to Malaysia. Till then, stay tuned.

Raja Idris
The name's King, Kingky King. Likes to keep it simple and straightforward. A person who games regardless of what platform. Need value for money performance? Get AMD.
Pokde Recommends
3D NANDNANDNVMeSSDToshibaNewsPCStorageSystem
MORE
Read More
3389