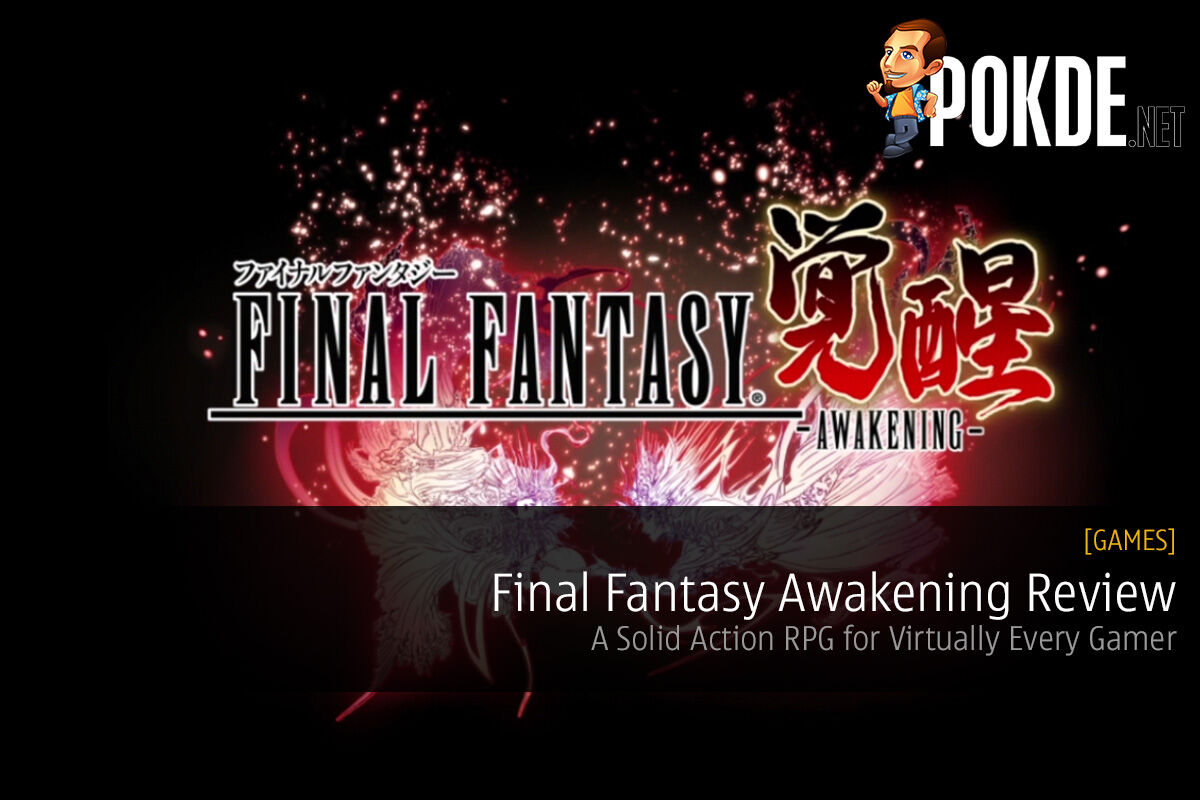 + It's a legit Final Fantasy game
+ Surprisingly addictive
+ Easy to get into, and has plenty of challenges in latter parts of the game
+ Difficulty ramps up smoothly so players can easily get used to it
+ Flexible in the sense that it can be played for long hours or for a short time

- You need to consume energy points to play. No energy points = you can't play
- Rival players may resort to pay-to-win tactics
- Requires some familiarity with Final Fantasy Type-0

Our review of one of the hottest mobile games to hit the App Store and Play Store, and it’s based on Final Fantasy Type-0, Final Fantasy Awakening. 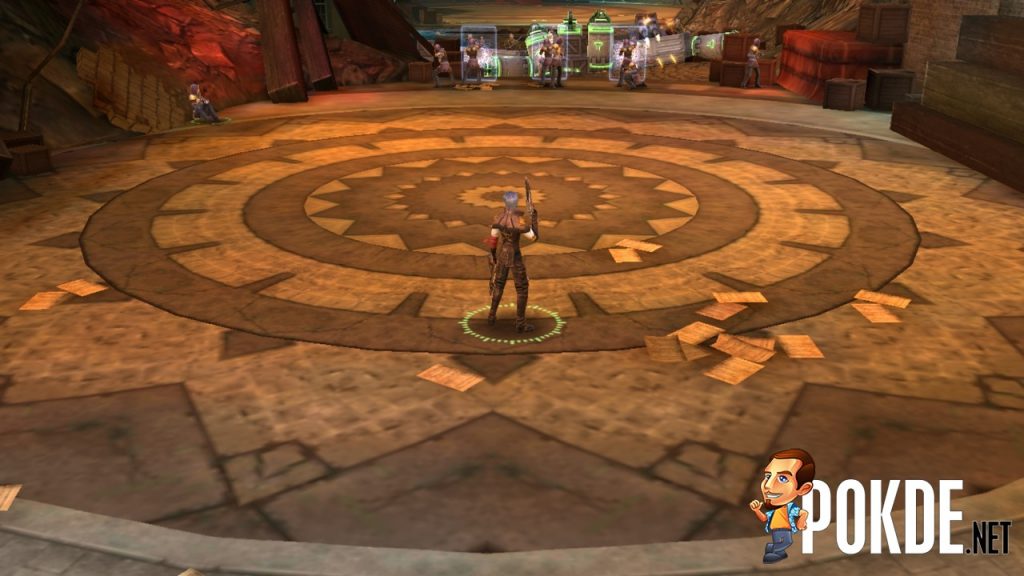 When you think of mobile games, there are tons of them out there to the point where it’s tough to choose which one to download for fear of disappointment. The Final Fantasy title is one of the most easily recognizable names that will make any game stand out, but having the ability to attract people is one thing.

Having people actually enjoying the game is another. Today, we have an MMO action role-playing game for mobile platforms that has been making waves on the internet. It was created by Efun Games Co.,Ltd., and the game is simply known as Final Fantasy Awakening. 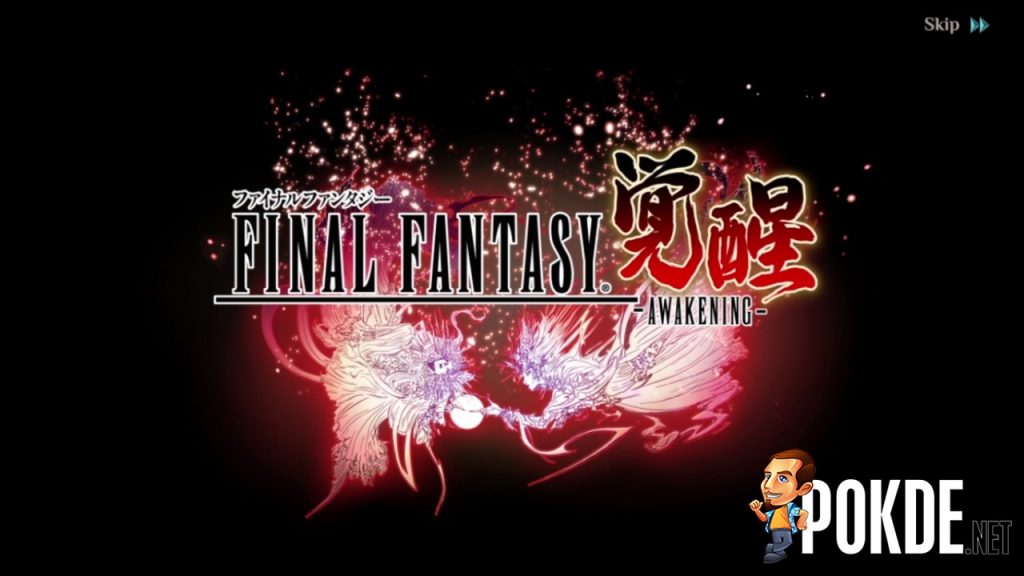 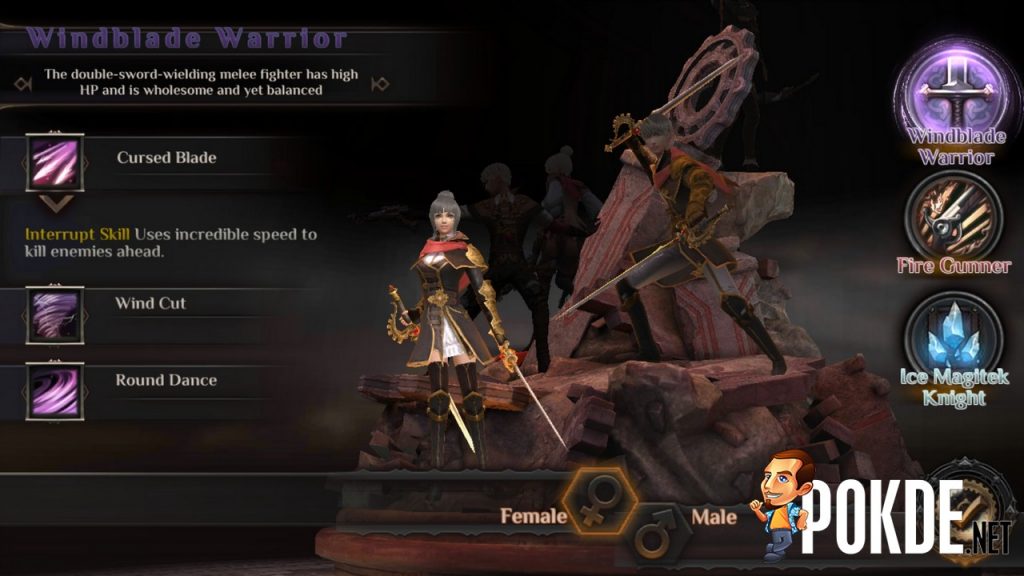 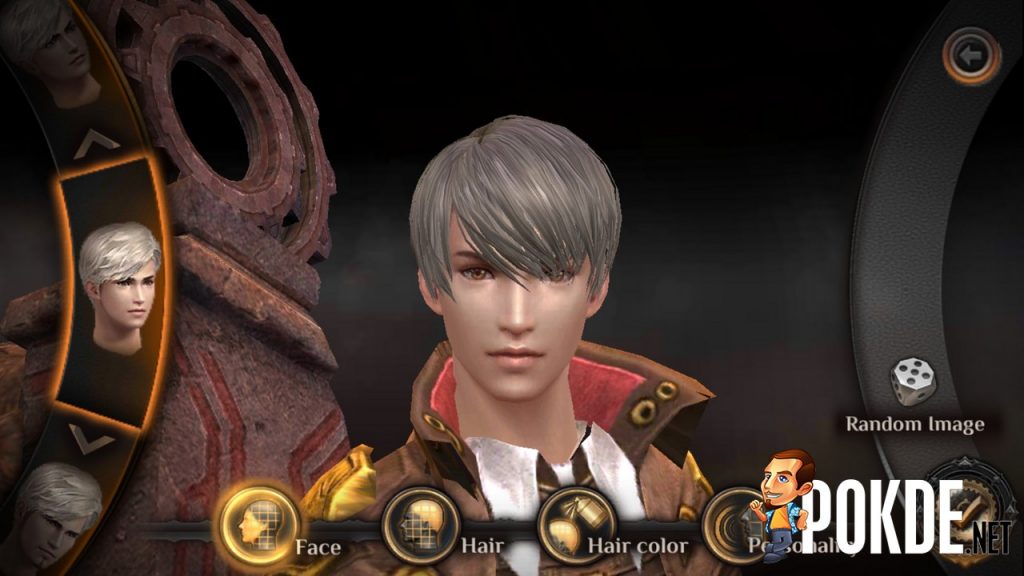 After going through the cutscenes, players will be taken to the character creation menu. There’s enough depth here for players to customize their characters to their liking. The important part is when the game asks you to choose from 3 playable classes; Windblade Warrior, Fire Gunner, and Ice Magitek Knight. Personally, I chose Fire Gunner as I prefer a stylish ranged fighting style. 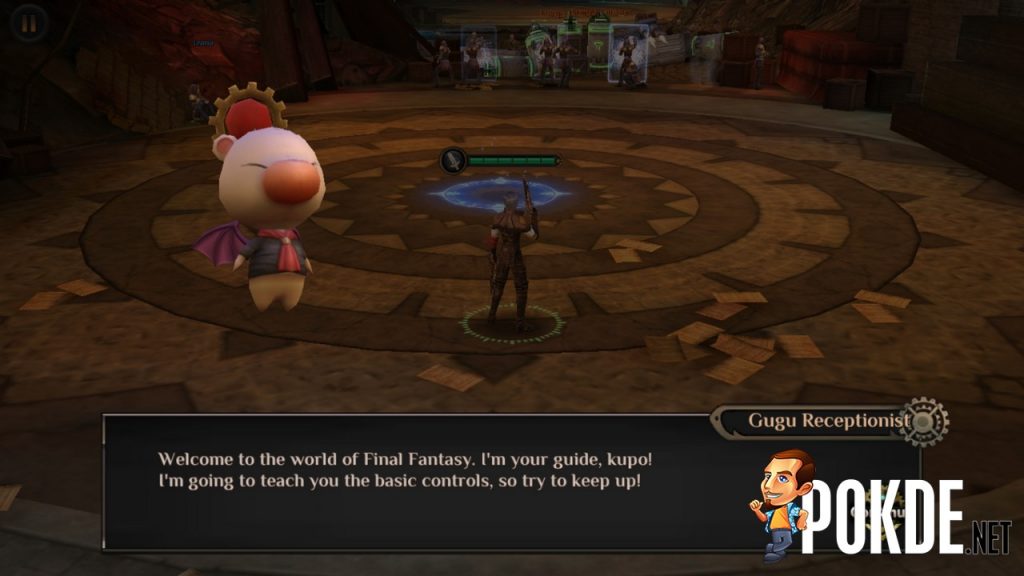 Immediately after, players will be thrusted into a mission, albeit a tutorial-style mission so everyone can get a proper grasp of the game’s mechanics. There will be several tutorial missions lined up for new players so if you’re afraid that you might not be able to understand a lot of things in the game, it will teach you and you will be applying it in the game so the learning curve isn’t steep, especially for avid RPG gamers. 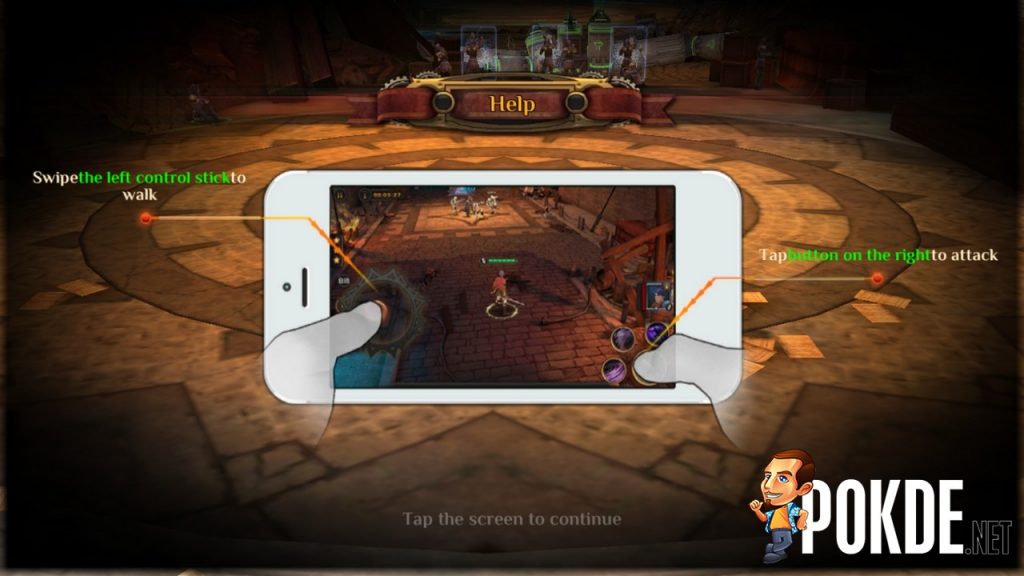 As this is an action RPG, there is no turn-based combat. You will be allowed to freely move around using your left thumb on the screen via a virtual joystick, attack whenever you can, and use skills whenever it’s not on cooldown with your right thumb on the bottom-right of the screen. The closest game I can relate it to in terms of combat would be the Diablo series. It can get surprisingly addictive as there are a lot of things happening in each mission, and the fast-paced nature of the game makes it even more exhilarating.

Generally speaking, each mission is usually brief. I doubt you’ll find yourself spending more than 5 minutes on each mission most of the time. This makes it a great option if you’re just looking to take a breather from your daily grind, fill up the time while you’re on public transport, or simply can’t afford to spend too much time playing games.

There’s Plenty of Things for People to Enjoy 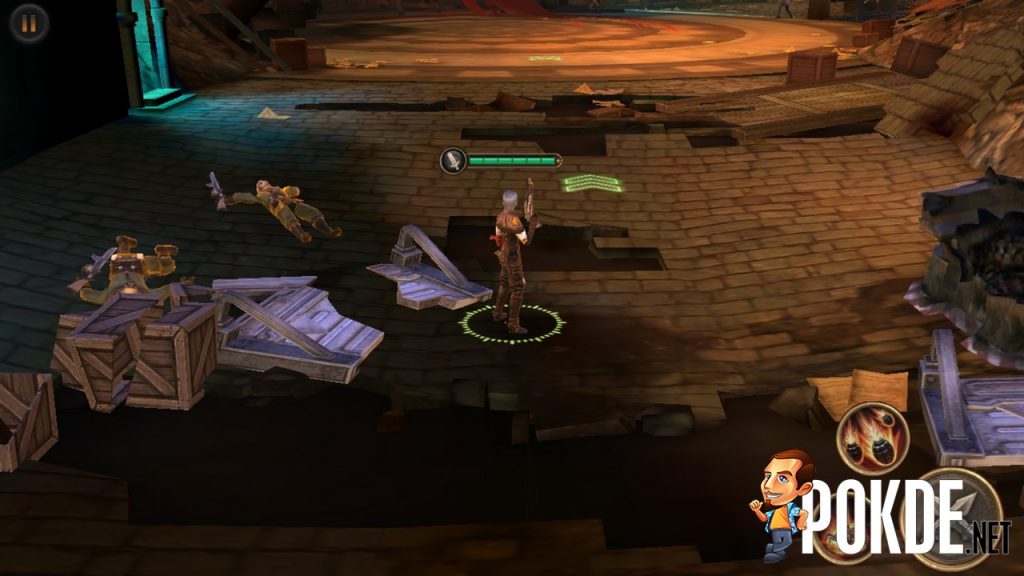 Initially, the game is pretty easy to play as I managed to take down enemies and bosses without breaking a sweat. The more you play it, the harder the game gets but the difficulty doesn’t spike up unevenly. If anything, it slowly ramps us so players can easily get more accustomed to taking on tougher enemies. 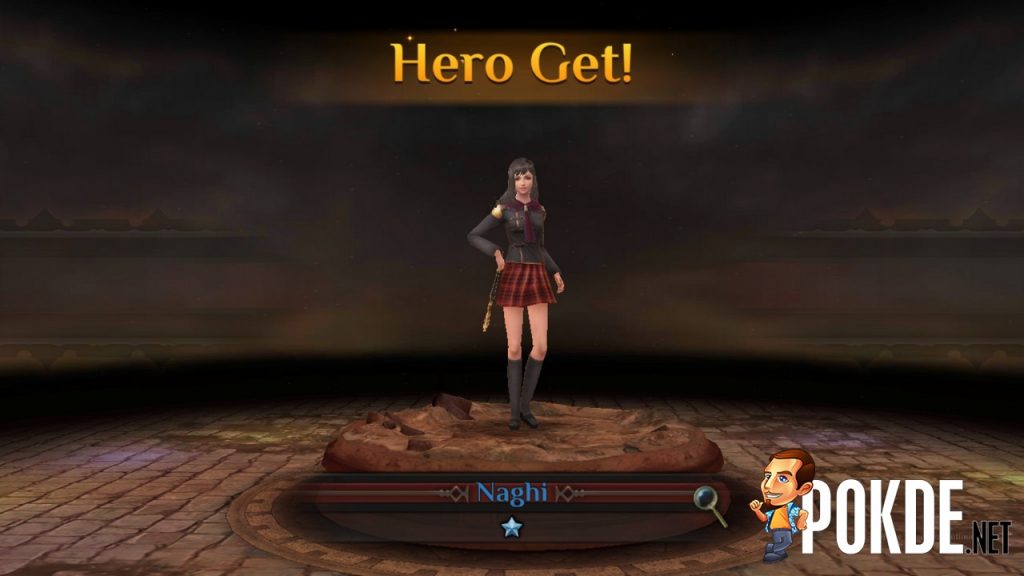 Along the way, players can add more characters to their party. While you can only add 1 character at first, the additional character slots will be unlocked later on. Players can continuously recruit more characters, including those from the original Final Fantasy Type-0, through fulfilling certain conditions such as logging in a certain number of days. 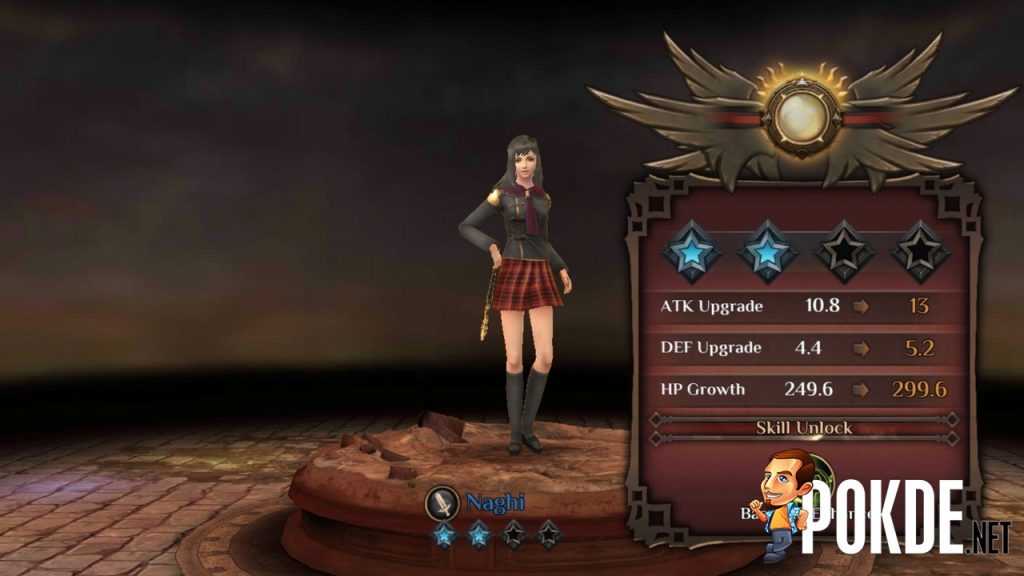 Just like any other RPG or MMORPG even for that matter, your character will be leveling up and getting stronger after each battle. Your party members however will need to level up manually, which is pretty easy to do. You can also “star up” your party members, such as ranking them up from a 1-star to a 2-star character, to further strengthen them. The game is also well-balanced in the sense that every party member can never exceed the level of your main character.

There’s a wide variety of things you can do in Final Fantasy Awakening. From going through regular missions, fighting in the arena, or doing PvP battles with other players, it feels like a full-fledged RPG game right in your smartphones. The only thing to keep in mind here is that the amount of things you can do in the game is limited by the amount of energy you have. Even so, the energy doesn’t take forever to recharge so you will find yourself glued to the game for quite some time. 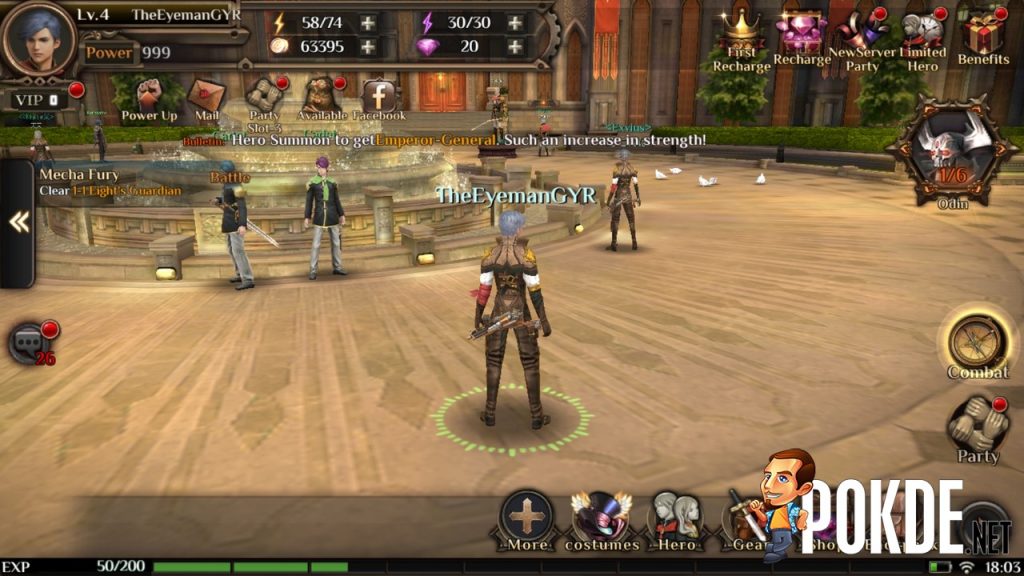 Surprisingly, the game looks pretty good on smartphone. I am personally playing Final Fantasy Awakening on my ASUS Zenfone 3 Zoom, and the graphics reminds me of the original Final Fantasy Type-0 on the PlayStation Portable, albeit in higher resolution and smoother gameplay. If you’re using today’s high end smartphones, you will most likely see even more breathtaking visuals than what I am experience myself. 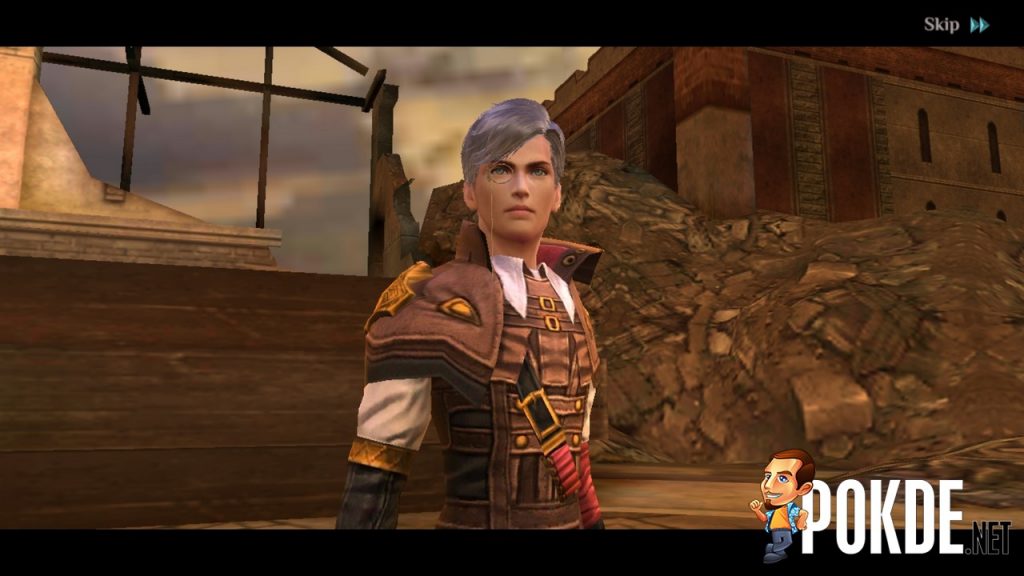 Final Fantasy Awakening is a great game for the mobile platform. It’s suitable for both casual and hardcore gamers, and the fact that it’s a mobile game means that you can play it whenever you want and wherever you are. Above all else, Final Fantasy Awakening is a free game so virtually everyone can enjoy it. Sure, there are a number of in-game items that you can choose to purchase with real money, but it is not mandatory to get the full experience. It’s not Super Mario Run, that’s for sure.

I honestly have nothing to complain about the game apart from the energy recharge mechanic but that’s a good thing. If I could play the game endlessly with infinite energy, I would be glued to the my smartphone for 24 hours straight, every single day. While having knowledge on Final Fantasy Type-0 will help you in immersing yourself, it is not needed. What’s definitely needed is a very primitive understanding of the role-playing game concept. With that being said, I award Final Fantasy Awakening with our coveted Gold Pokdeward!

Aiman Maulana
Jack of all trades, master of none, but oftentimes better than a master of one. YouTuber, video editor, tech head, and a wizard of gaming. What's up? :)
Pokde Recommends
action RPGFinal FantasyFinal Fantasy AwakeningJ-RPGMobileRPGAndroidGamingiOSMobileReview
MORE
Read More
1508