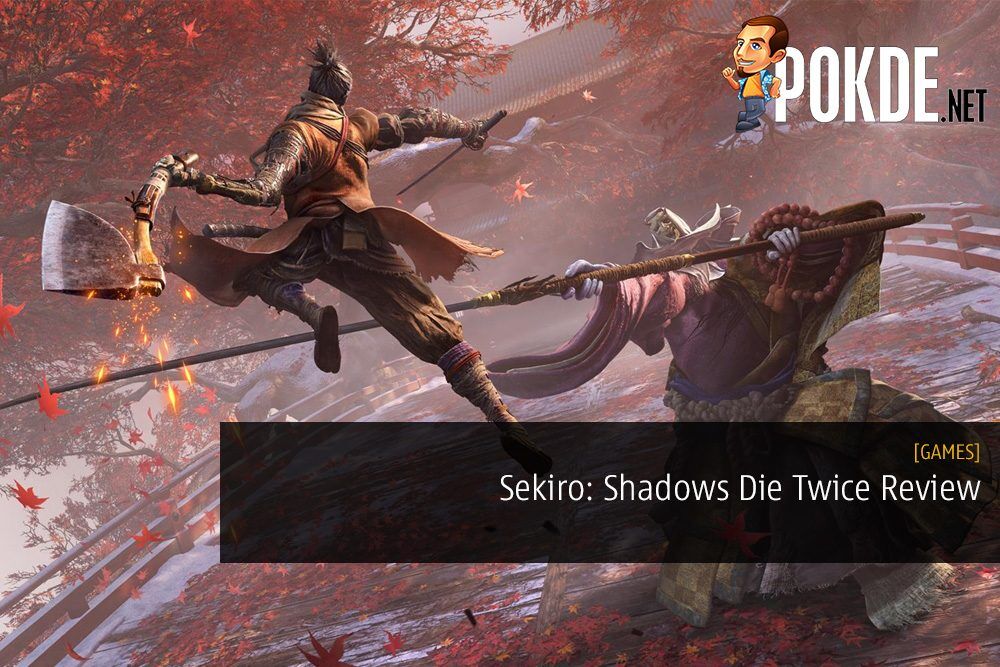 + Smooth and exhilarating combat experience.
+ Posture Gauge system adds more depth to combat.
+ Enthralling storyline.
+ Shinobi Prosthetic customization is surprisingly fun.
+ Early parts of the game are designed to ease you into it.

- Notorious difficulty makes it unsuitable for many gamers.
- Players may find themselves lost midway through the game.
- It’s a game that many gamers may never complete.

Sekiro: Shadows Die Twice is a difficult, yet rewarding game that will certainly allow many action role-playing game enthusiasts have a great time, but it's not a game for everyone.

What is Sekiro: Shadows Die Twice About? 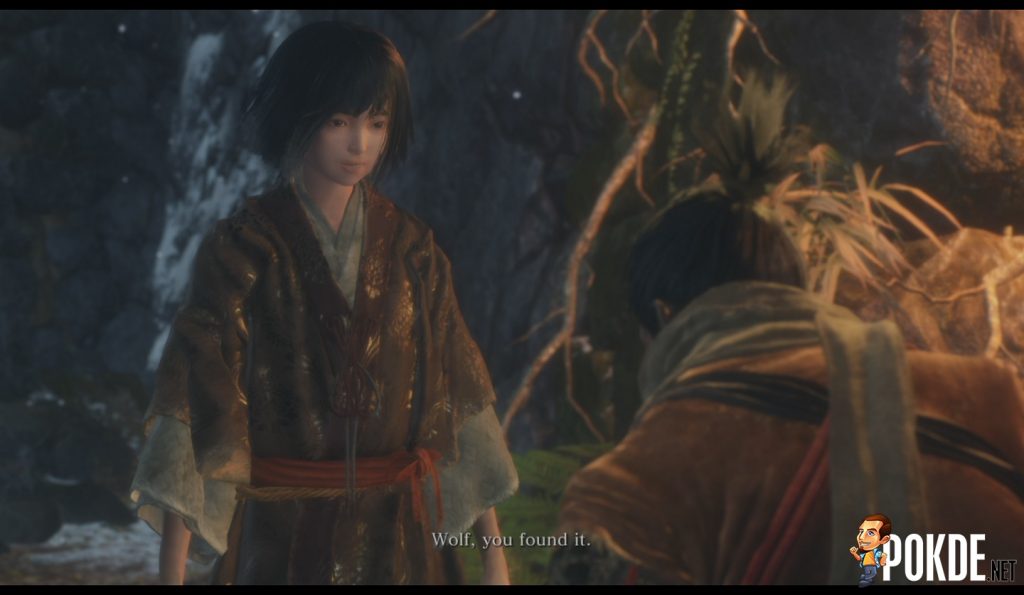 Sekiro: Shadows Die Twice takes place in a reimagining of 16th century Sengoku period in Japan. At the end of the Sengoku era, warlord Isshin Ashina stages a bloody coup and seizes the land of Ashina. During this time, a nameless orphan is adopted by the wandering shinobi Owl, who names the orphan “Wolf”.

Twenty years later, the Ashina clan are on the brink of collapse. Desperate to find a way to prevent the fall of his clan, Isshin’s grandson Genichiro captures the Divine Heir Kuro, in hopes of using his “Dragon Heritage” to create an immortal army. Wolf, now a full-fledged shinobi and Kuro’s personal bodyguard, attempts to stop Genichiro but is defeated and his left arm is cut off. 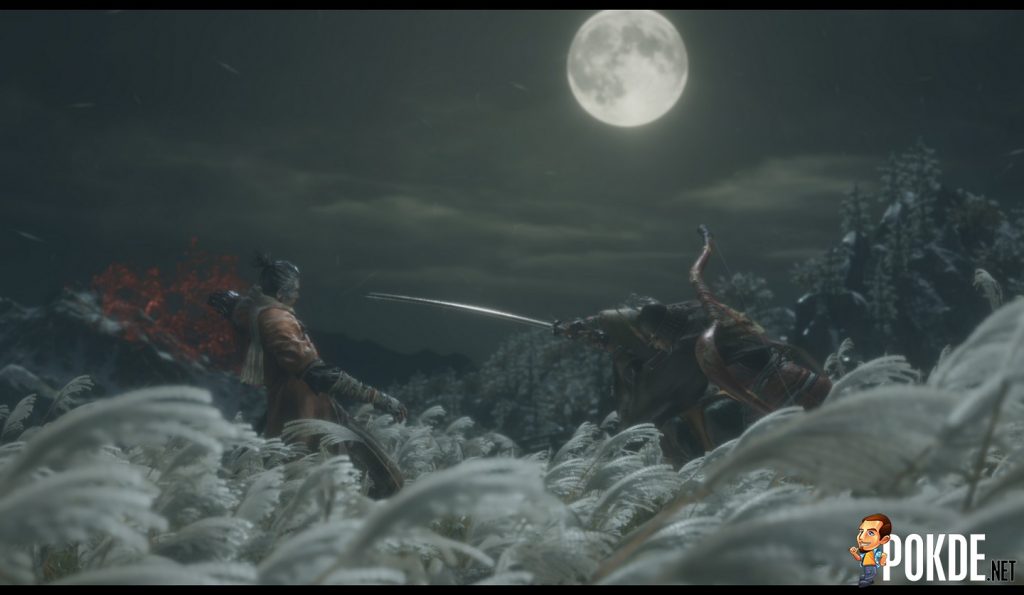 Miraculously, Wolf survives his wounds thanks to the Dragon Heritage and finds himself in an abandoned temple. In the temple, he meets the Sculptor, a former shinobi has replaced Wolf’s lost arm with the Shinobi Prosthetic, a sophisticated artificial arm that can wield a variety of gadgets and weaponry. With a new lease on life, Wolf sets out for Ashina Castle in order to save Kuro. 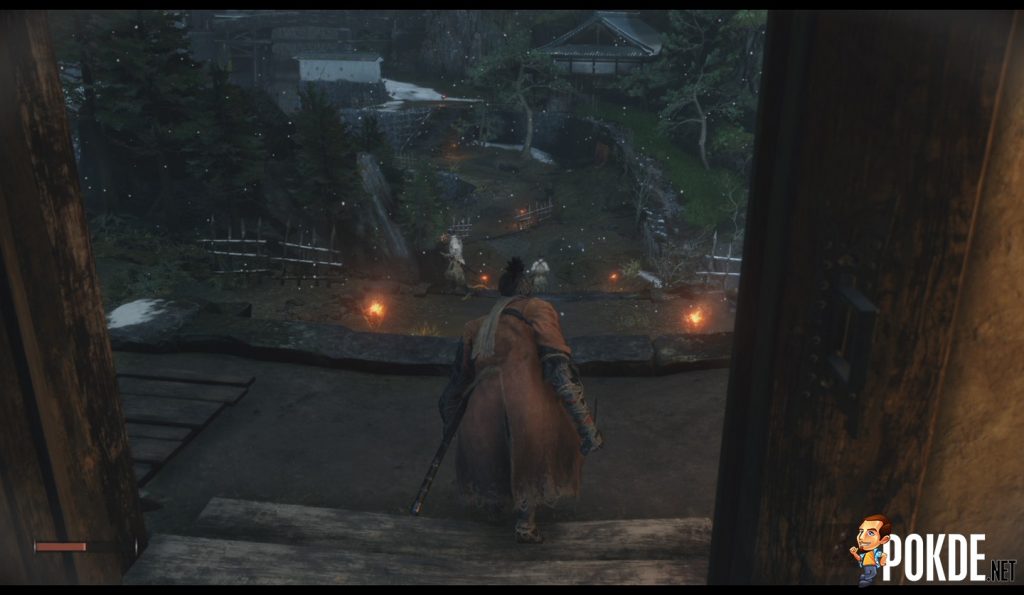 At its core, Sekiro: Shadows Die Twice is an action role-playing game with epic proportions on difficulty. The best way to describe the game is Onimusha spliced with the Dark Souls DNA. Players will have to face a wide variety of enemies in which plenty of battles will not be in your favour if you aren’t prepared or your sense of timing is bad. 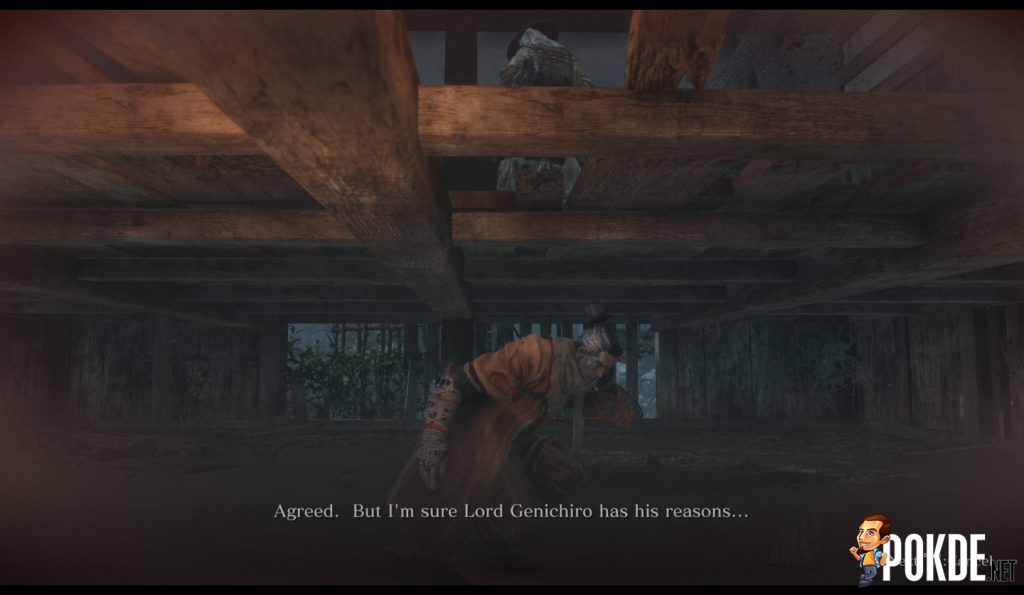 The first part of the game teaches you some of the basic actions you can take, including eavesdropping, movement, and combat. With movement, dodging is key as you will need to time it accordingly with enemy attacks. If you dodge too early or too late, the enemy attacks will hit you and quite possibly kill you. I say possibly because it doesn’t take much for you to die in this game.

To fend off enemies, you will be able to do so as soon as you obtain your katana in the game. It’s not as simple as slashing your enemies to their death as the enemies will almost always block after a couple of hits. You will have to find an opening in your enemies either by timing your dodges or defending as soon as an attack is about to hit. This will create an opening and lead to tons of damage. 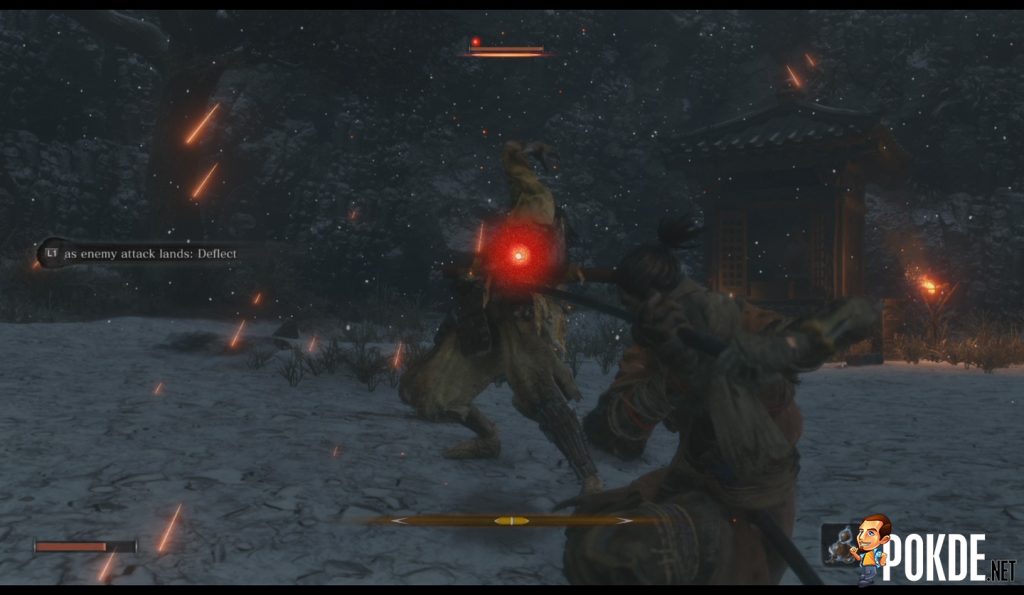 Another key element in combat is the Posture Gauge. The gauge is present for both yourself and the enemies, and it fills up when deflecting incoming attacks from enemies or taking damage. When the gauge has been filled up, the user will be in a vulnerable state. For the player, you will be staggered and not allowed to defend but for the enemies, you will be allowed to perform a ‘Deathblow’, an attack that will instantly kill them.

Gamers will have to be extra careful as some enemies have access to ‘Perilous Attacks’, which cannot be guarded against regardless. Gamers will have to perform the right counter for it like a rock-paper-scissors game based on the enemy’s attack stance. If direct combat isn’t your thing, stealth is an option as you can sneak behind enemies and swiftly land Deathblow attacks on them. 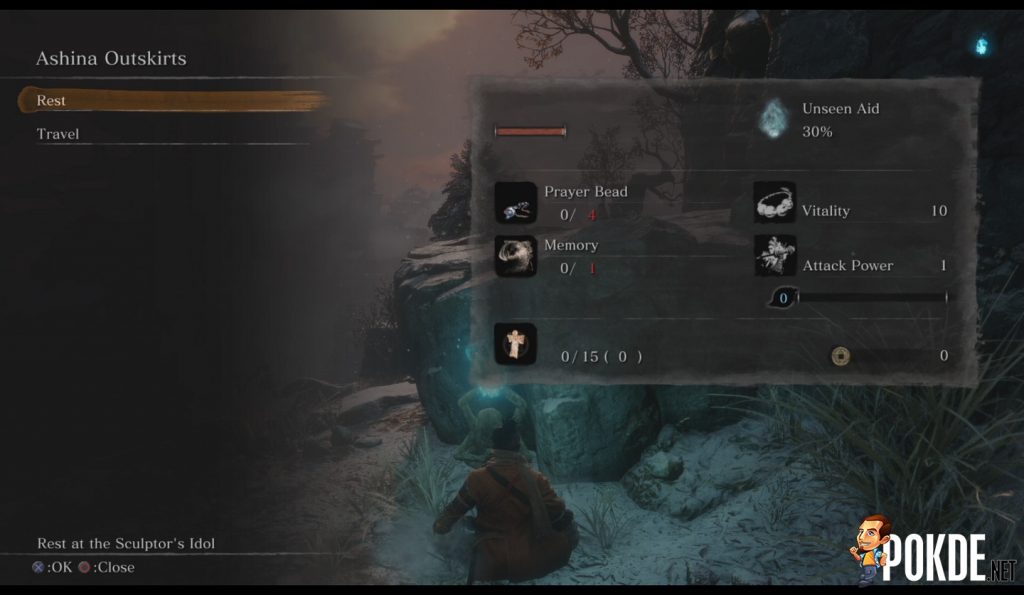 This simple system alone added to the Dark Souls formula makes for a surprisingly refreshing and rewarding combat experience. Sure, the difficulty can be frustrating and boss-type enemies will require multiple Deathblows to kill them but if you can overcome this, you will be able to enjoy a smooth yet exhilarating gameplay experience.

Shape Your Own Adventure 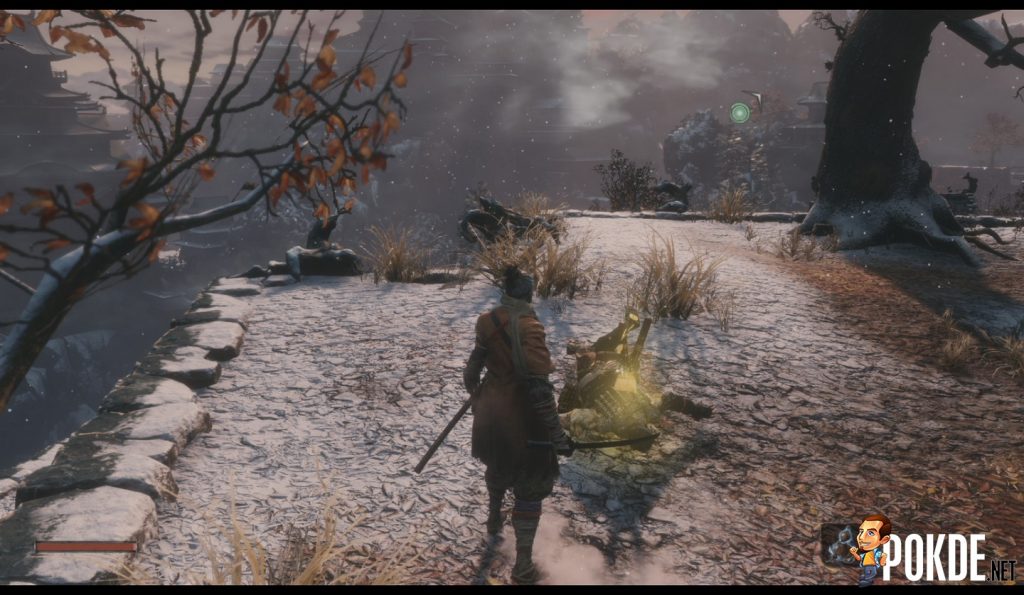 When the game first starts out, gamers will have to go through a rather linear path. This is particularly important as it gives you a good feel of the game’s explorable world. This will go on until the about midway through the game when you are allowed to explore the world at your leisure do what you feel is best to enjoy the game.

In a sense, the game holds your hand until you’re truly ready to experience everything that the game has to offer. This by no means make the first half of the game easy however, just that it becomes exponentially harder later on. The downside to this is that when it happens, you may end up feeling lost and unsure of what to do. In this case, the best thing you can do is just travel around and eventually, you’ll find your way to your objectives again. 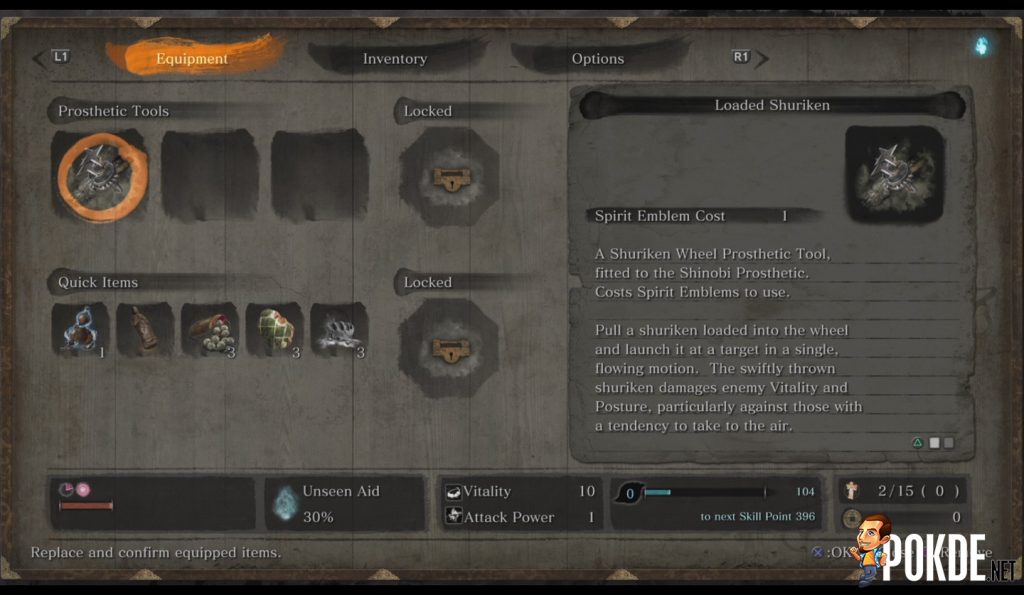 To maximize your survivability, you will need to take everything you can get from items to experience points. While some items are rather straightforward like healing items, there are some which serve a specific purpose, which is to strengthen your character. While experience points can be used to power up your character via the skill tree, you will need to find the specific item to unlock a specific part of the tree. 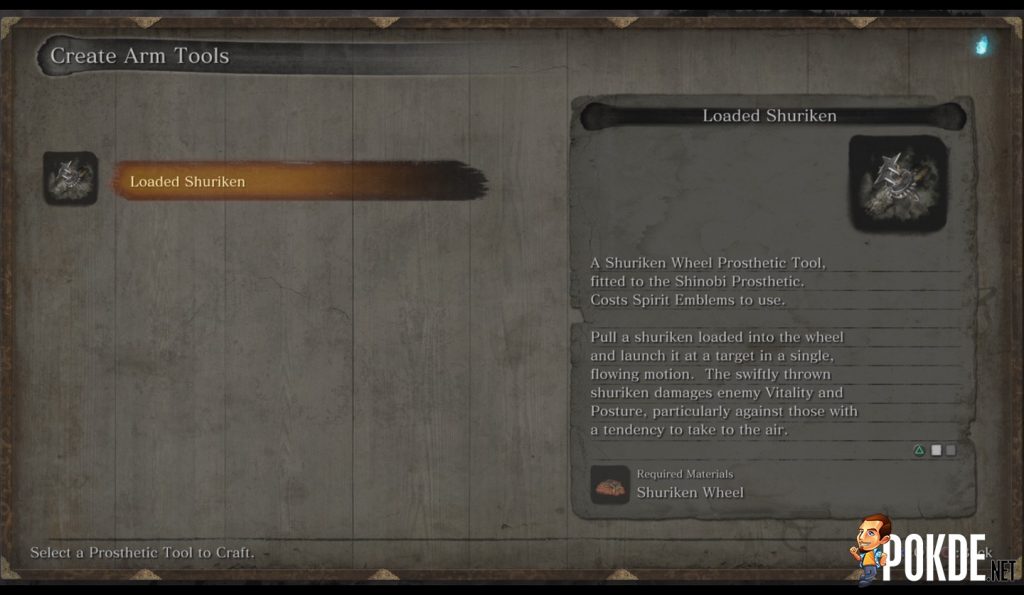 Apart from that, you will also be travelling the world and discovering new gadgets to equip on your Shinobi Prosthetic. While this may sound a bit troublesome, it does give you a purpose on traveling the world aside from finishing the main objectives. For some upgrades, you will definitely need it in order to survive the latter portions of the game. 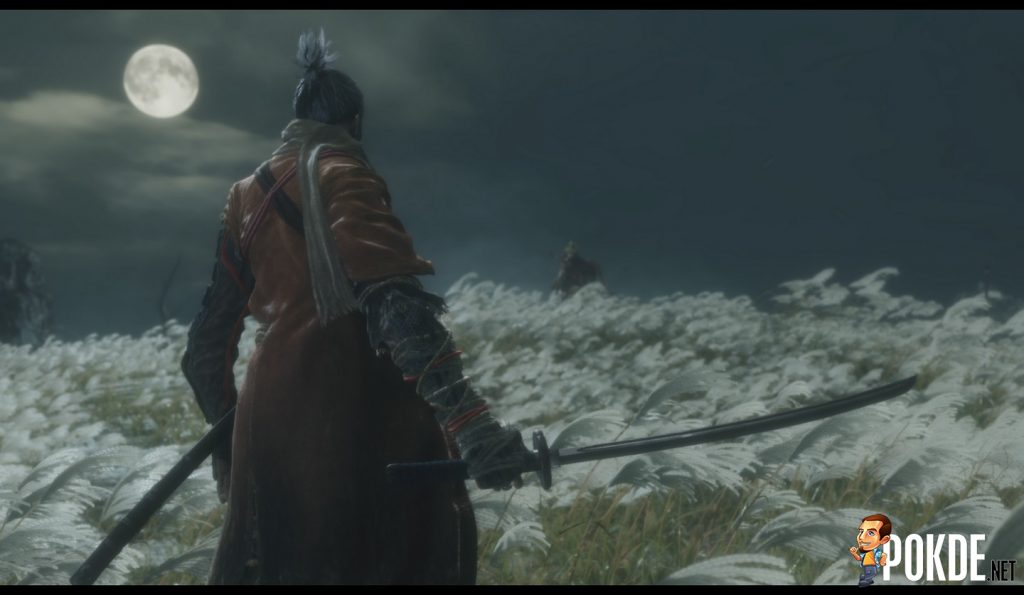 Sekiro: Shadows Die Twice is a difficult, yet rewarding game that will certainly allow many action role-playing game enthusiasts have a great time. Due to the sheer difficulty, it’s not a game for everyone and introducing an easier difficulty may ruin the overall experience. If Dark Souls and difficult games are to your liking, then this will be a great addition to your game library. With that, I award Sekiro: Shadows Die Twice with our Gold Pokdeward.

Aiman Maulana
Jack of all trades, master of none, but oftentimes better than a master of one. YouTuber, video editor, tech head, and a wizard of gaming. What's up? :)
Pokde Recommends
ActionDark SoulsDifficultdifficultyFrom SoftwaregameGame Reviewhack and slashGamingPCMRPS 4ReviewSony
MORE
Read More
9408

Why Are Fans Angry Over Tales of Arise Multiplayer Situation?
Read More
4832