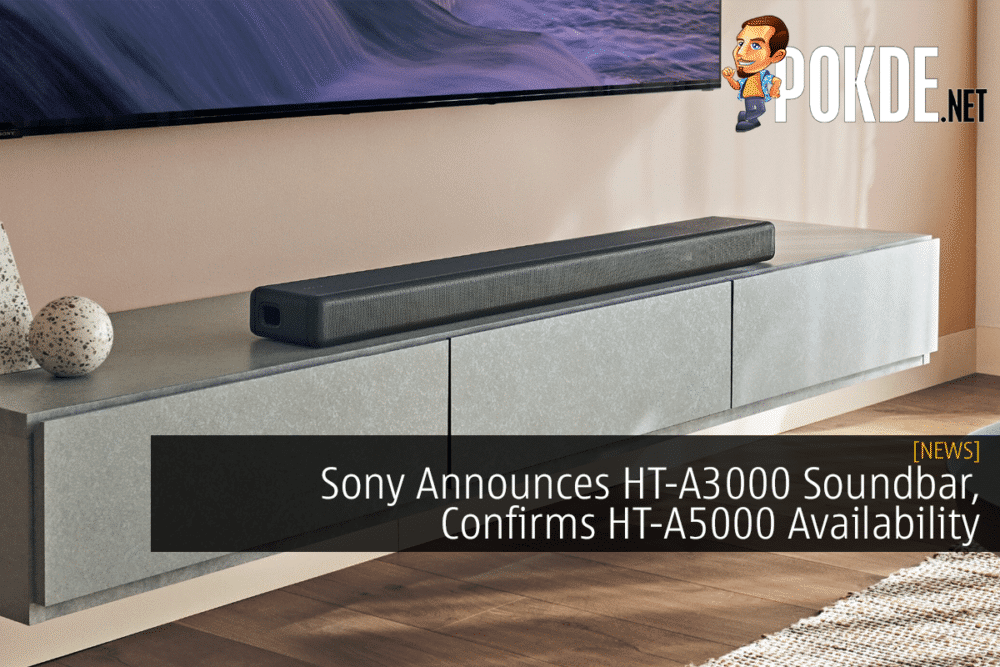 Sony reveals the latest model in its soundbar range, the HT-A3000, delivering their revolutionary 360 Spatial Sound technology to a wide range of customers.

The HT-A3000 features 3.1 channels, with three front facing speakers and a dedicated centre speaker for clear dialogue, alongside a built-in dual subwoofer for deep bass. Coupled with Vertical Surround Engine and S-Force PRO Front Surround, this soundbar creates virtual surround sound that makes use of Dolby Atmos and DTS:X technologies.

Optionally, select models of Sony’s wireless speakers range, SA-RS5 and SA-RS3S can be paired to the soundbar to enhance the spatial effect, courtesy of 360 Spatial Sound Mapping technology. For those who wants the extra punch in the bass, SA-SW5 and SA-SW3 subwoofers are offered to provide extra sound fidelity.

The A3000 allows users to enhance their home cinema experience further by pairing with supported BRAVIA XR TVs – by utilizing the Acoustic Center Sync feature, both the soundbar and the TV becomes the center speaker in the home cinema system, providing accurate positioning of dialogues and sounds.

On top of aforementioned features, the A3000 supports 360 Reality Audio on supported platforms, and provides easy access to popular music streaming platforms like Spotify. Users can stream their playlist through Chromecast, Spotify Connect™ or Apple AirPlay 2, DSEE Extreme™ is featured here, using Edge-AI to perform real-time restoration of compressed digital music files, giving users a fuller, richer listening experience. It also supports Google Assistant with Chromecast built-in, for those who prefers to control the device through Google Home app.

The A3000 and optional speakers have been designed under a common Omnidirectional Block concept. Its sophisticated rounded edges represent a single solid block providing wide-spreading sound, while the combination of rich material textures emphasise an affinity with any living room environment.

The HT-A3000 will be available starting December 2022 in Malaysia.

Following the unveiling of the A3000, Sony Malaysia can also confirm the availability of its highly anticipated A5000 soundbar. The 5.1.2 channel A5000 brings the thrill of the cinema to your own home thanks to Dolby Atmos, DTS:X and Sony’s renowned audio technologies, including Vertical Surround Engine and S-Force PRO Front Surround. The A5000 additionally comes equipped with Sony’s revolutionary 360 Spatial Sound Mapping technology, bringing a new frontier of surround sound to your living space. 360 Spatial Sound setup can be accessed when connecting the soundbar to SA-RS3S rear speakers or the new SA-RS5 wireless rear speaker.

Pokdepinion: Sony has brought many of its features from high-end soundbars downstream, means you no longer need to pay as much for the great home cinema experience. 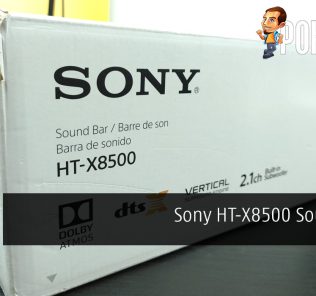 OBS Studio 28.0 Update Comes With NVIDIA Broadcast, And More
Next