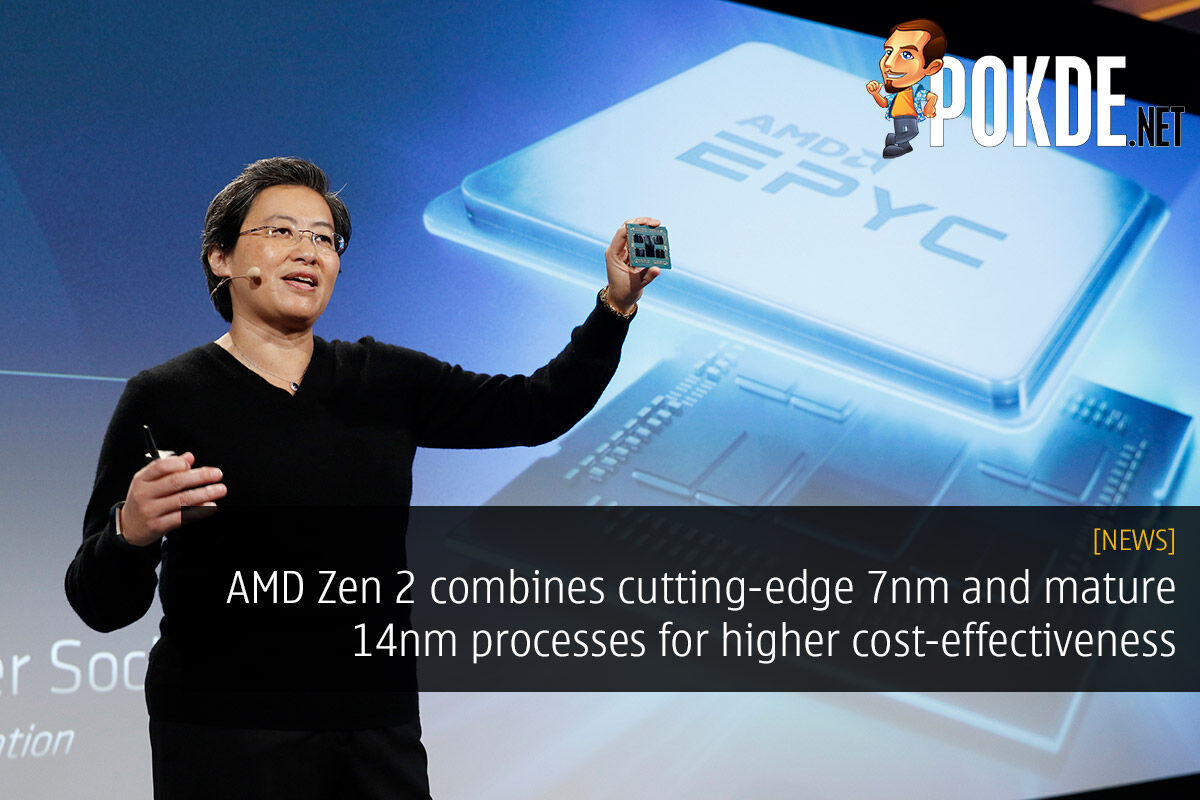 AMD has been laying the hurt on Intel’s latest processors with the AMD Ryzen processors. They look set to put in the final nail in Intel’s coffin with the upcoming AMD Zen 2 architecture which will be based on the latest 7nm manufacturing process. All while Intel is still struggling with their 10nm process. 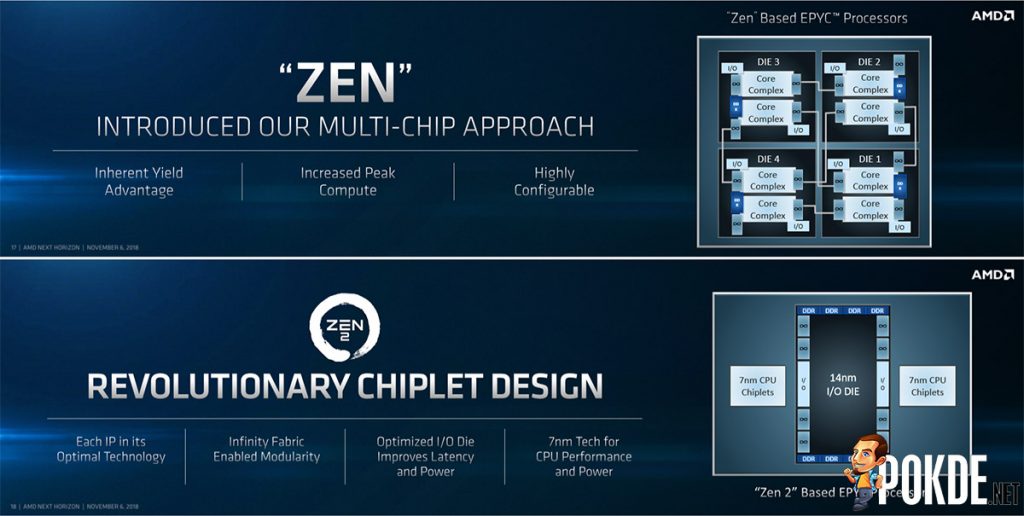 Thanks to the Infinity Fabric interconnect’s inherent modularity, AMD is even going to be able to do some cost savings here by mixing the latest 7nm process and the mature 14nm process. The Zen 2 CPU cores will be using the 7nm process, while the I/O portion of the processor will be using the mature 14nm process. This allows AMD to deliver higher performance, while also saving costs to deliver better value. 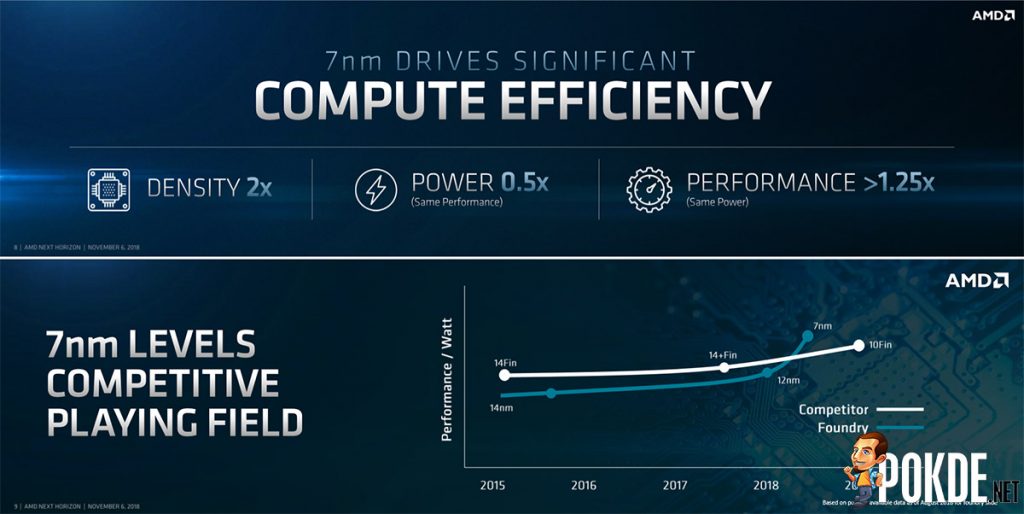 Aside from gains in the manufacturing process front, AMD is also claiming some nice upgrades thanks to the newer architecture. Among which include an improved execution pipeline to occupy the cores better, doubled floating point width to 256-bit, improved branch prediction and also hardware-enhanced Spectre mitigation.

AMD is pushing hard with the 7nm process, with new AMD EPYC “Rome” processors and AMD Radeon Instinct GPUs based on the latest process node. While there is little doubt that the next generation Ryzen 3000-series of processors will whoop Intel’s behind, will Vega 20 be able to compete against the GeForce RTX cards?

Pokdepinion: It’s truly a feat of epic (pun intended) proportions for AMD to be able to comeback hard and strong after their last generation of processors. Can’t wait to see AMD Ryzen 3000 CPUs!

Diablo 4 Is Actually in Development – Blizzard May Have Cut It From Bli...
Next 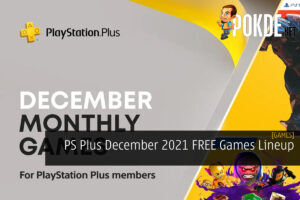