Intel announces the Cascade Lake-X CPUs — up to 50% more affordable than last-gen! 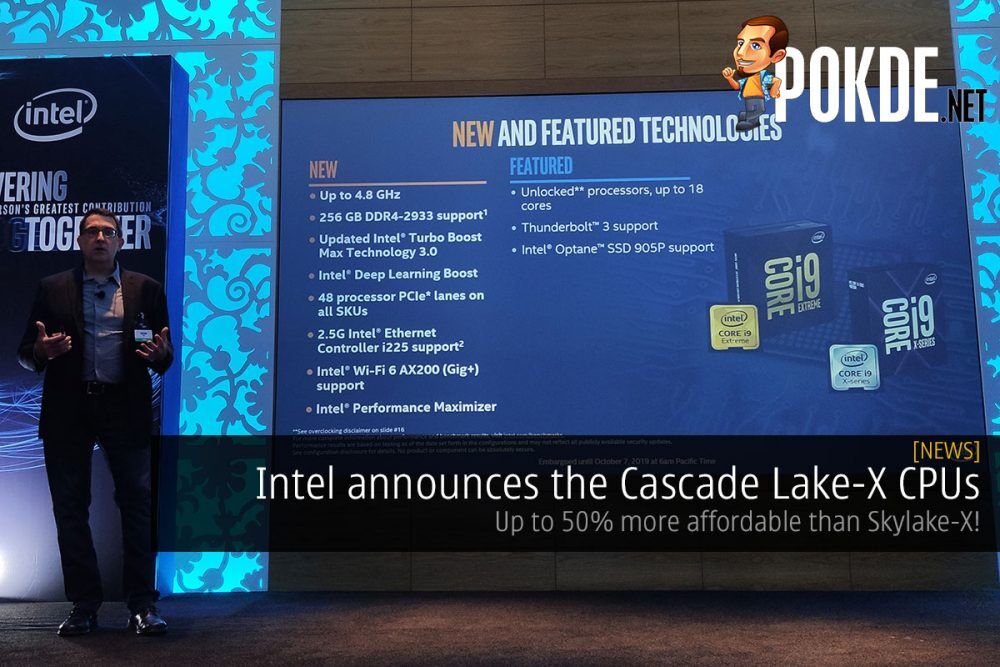 Just when you thought Intel has given up on fighting the bang-for-buck battle, in comes the Cascade Lake-X processors. The new Intel Cascade Lake-X HEDT processors are cheaper by up to 50% as compared to the 9th Gen Intel Skylake-X chips.

In addition to the more affordable prices, Intel also threw in support for faster DDR4-2933 RAM, higher clocks and also more PCIe lanes across the board. All the new Intel HEDT processors tout 48 PCIe 3.0 lanes. That’s four more than their respective predecessors, although it is still a far cry from AMD’s Threadripper class-leading 64 PCIe lanes.

Intel will still be making the Cascade Lake-X chips based on the Skylake architecture, which also means an older 14nm manufacturing process. However thanks to the optimizations over time, most of the 10th Gen Intel Core X-series processors can boost up to 4.8 GHz with Turbo Boost 3.0.

With that said, I believe those who are considering the new Intel Core HEDT processors would definitely be taking their time to compare them to the upcoming 3rd Gen AMD Threadripper processors as well. With both giants expected to launch their latest HEDT processors in November 2019, we can expect for some serious competition going on.

Pokdepinion: Seems like a nice deal, especially if you are upgrading within the X299 platform.