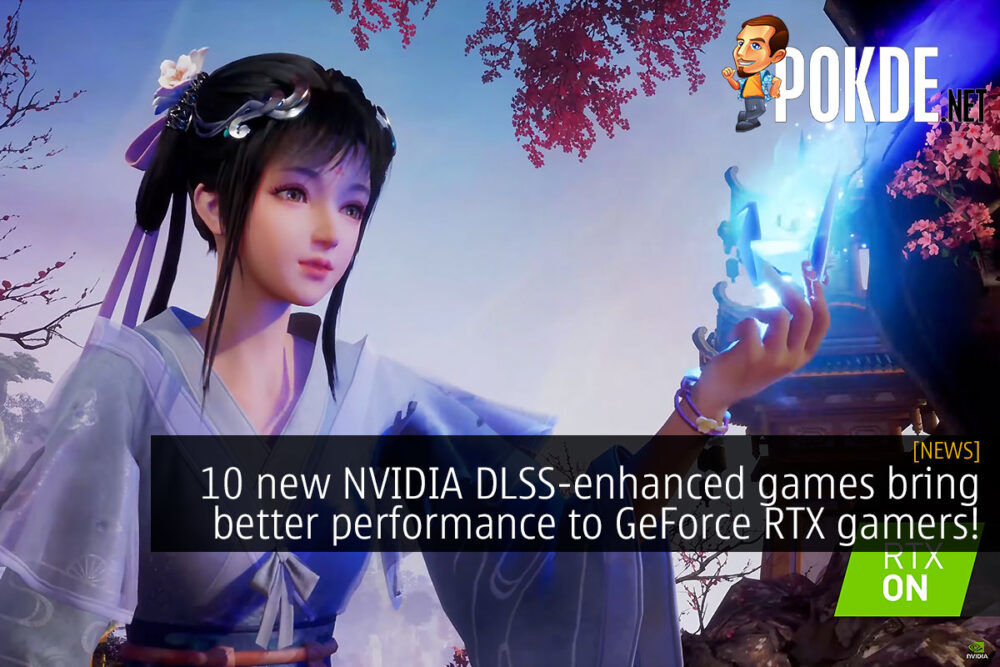 NVIDIA Deep Learning Super Sampling DLSS is a great technology for GeForce RTX gamers to enjoy better performance with better visual quality, and it is now available in 120 games and apps, with 10 NVIDIA DLSS-accelerated titles coming this month. NVIDIA has proven that NVIDIA DLSS can be added to not only the latest titles, but also older titles that launched without DLSS to improve performance in just about any game out there for GeForce RTX gamers. 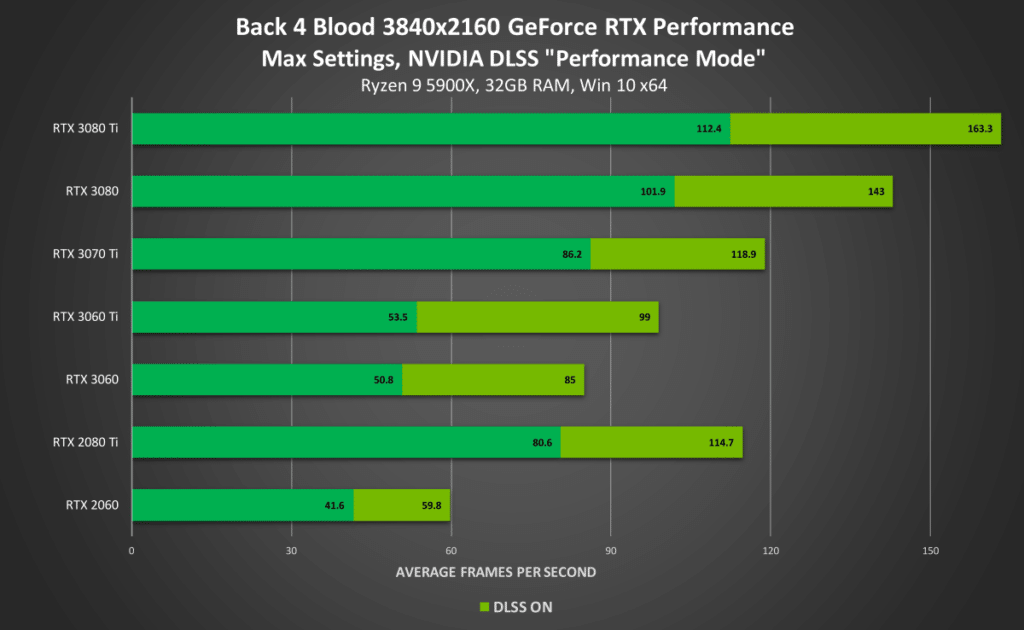 The 10 NVIDIA-DLSS accelerated titles coming this month include the just released Back 4 Blood. With NVIDIA DLSS enabled, virtually any GeForce RTX gamer can partake in the intense fights against the Ridden with all the graphical bells-and-whistles enabled at 4K 60FPS. The latest Game Ready driver featuring optimizations for Back 4 Blood is already available, so make sure to download it.

F.I.S.T.: Forged in Shadow Torch is also out now with NVIDIA DLSS and raytracing, as well as NVIDIA Reflex. With raytraced reflections, global illumination lighting and caustics, F.I.S.T. is set to not only look great, but also run at up to 3X higher framerates with DLSS while offering an ultra-responsive experience thanks to Reflex.

Alan Wake Remastered brings Remedy Entertainment’s hit from 2010 to 2021, now with improved graphics and also performance, thanks to NVIDIA DLSS. GeForce RTX gamers can look forward to up to 2X faster performance at 4K, which is definitely going to be noticeable, especially on the GeForce RTX 2060 where you can now game at 4K 60FPS with NVIDIA DLSS.

Crysis, the game that turned into a meme as the ultimate benchmark of PC gaming performance, has been remastered to better take advantage of today’s hardware. And what better way to take full advantage of the latest systems, than to implement NVIDIA DLSS and raytraced reflections? The entire Crysis Remastered Trilogy is now available with ground-breaking visuals, with all the latest technologies available.

Swords and Fairy 7 launched earlier this week with the full suite of raytracing effects, raytraced reflections, raytraced shadows, raytraced caustics, raytraced ambient occlusion and Spatiotemporal Importance Resampling for Many-Light Raytracing (ReSTIR) global illumination lighting. And with DLSS, you get to enjoy all that raytraced visuals without sacrificing on performance.

Marvel’s Guardians of the Galaxy has also arrived, bringing raytraced reflections and NVIDIA DLSS for an immersive experience. With the NVIDIA GeForce RTX GPUs, you get the definitive experience in this game, with stunning details and excellent performance, with up to 2X higher framerates with NVIDIA DLSS. And did we mention that you could get it for free with selected NVIDIA GeForce RTX systems?

We did mention that NVIDIA DLSS can be added as an update to existing games, and that’s what we will be seeing with Baldur’s Gate 3, Chivalry 2, Rise of the Tomb Raider as well as Shadow of the Tomb Raider. But wait, didn’t SoTTR already offer NVIDIA DLSS? Well, we will get to that in a bit.

Baldurs’ Gate 3 is a massively popular RPG title, with Steam reviews rating it Overwhelmingly Positive. The title launched last year, with consistent updates, and of course, the latest one brings NVIDIA DLSS to offer up to 88% higher performance at 4K. Gamers with the GeForce RTX 3060 Ti or newer can enjoy the game at 4K 60FPS at max settings with DLSS, while laptop gamers with most of the latest GeForce RTX 30 series laptop GPUs can also enjoy above 60FPS at 1080p at max settings.

Chivalry 2 is received its NVIDIA DLSS update to improve performance in the frenetic and quite often meme-worthy melee slasher. Get up to 45% higher framerates, with this update essentially giving every GeForce RTX gamer the ability to play at 4K60 with all the graphical settings enabled. 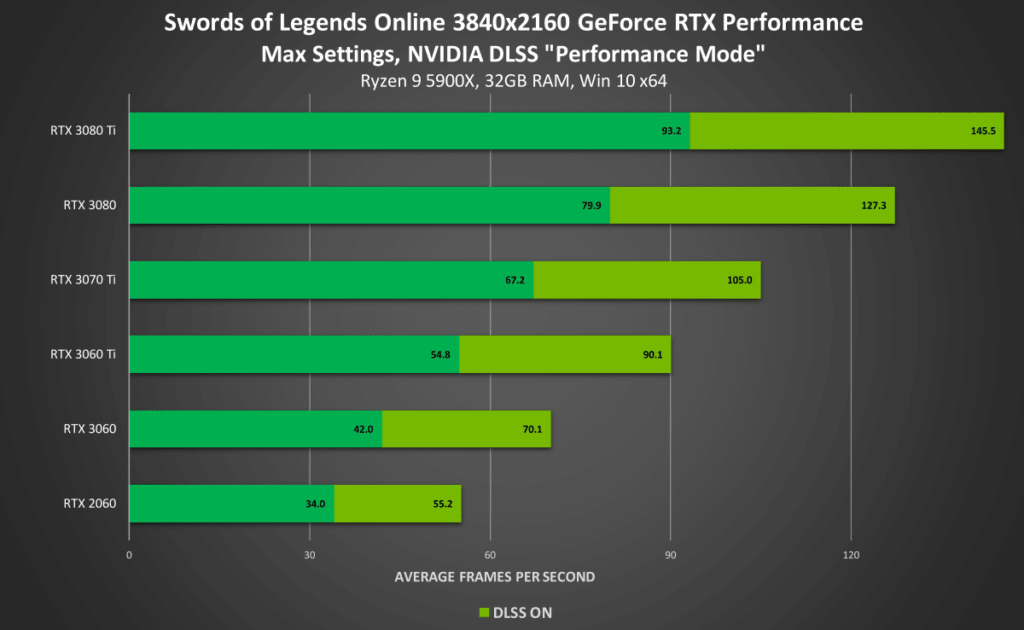 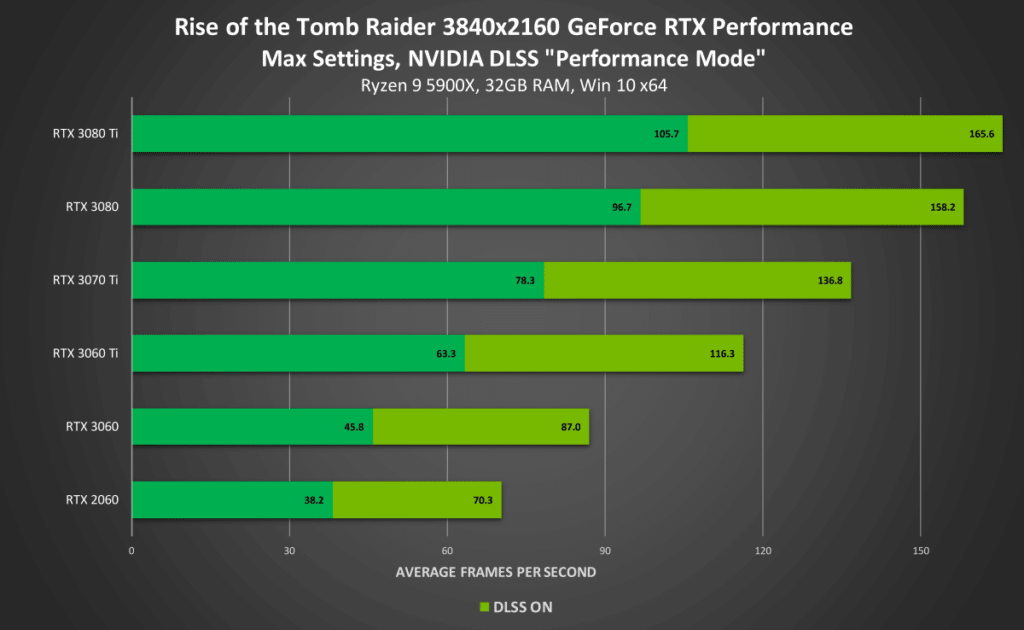 October 2021 marks the 25th anniversary of the Tomb Raider franchise, and Crystal Dynamics are celebrating it with NVIDIA. Rise of the Tomb Raider, a 2016 game, probably one of the oldest title to get NVIDIA DLSS aside from Minecraft or Quake. In any case you can look to enjoy up to 75% better performance, with the GeForce RTX 2060 also capable of 4K60 gaming. 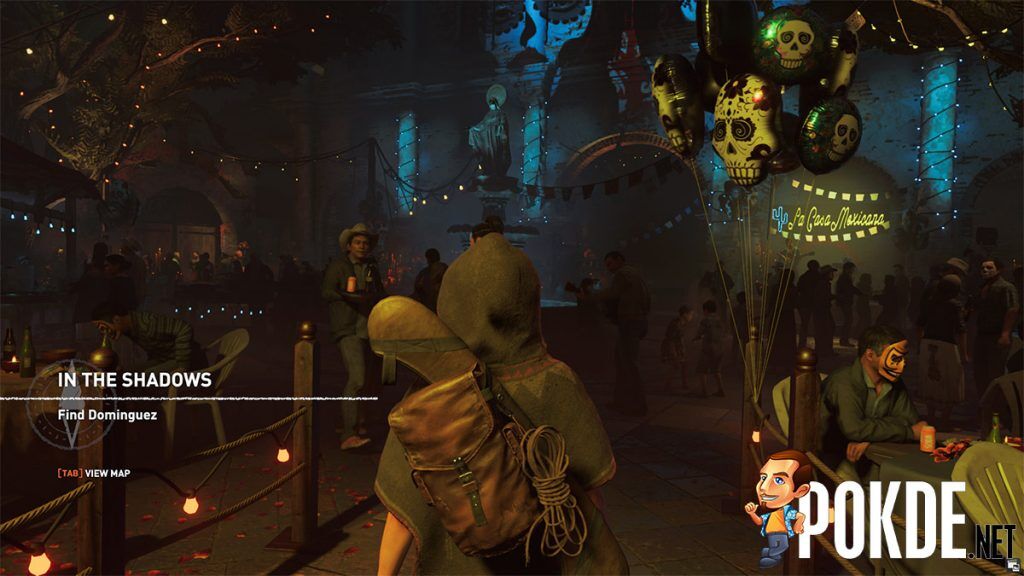 The list of games and apps that implement NVIDIA DLSS to accelerate performance will continue to grow, bringing upgraded performance to GeForce RTX gamers in the latest and greatest games, and as we have seen in this list of new titles, and it can even be added to older games as well for a nice performance boost.

Pokdepinion: I always love getting more performance in my games, especially when it doesn’t involve paying extra 😉

PokdePicks:Roborock S7 MaxV Review — when did robot vacuums get so smart?
Read More
1001

Mark Zuckerberg Finally Responds to the Facebook Papers Scandal
Next