ASUS GeForce RTX 3070 Noctua may be in the works 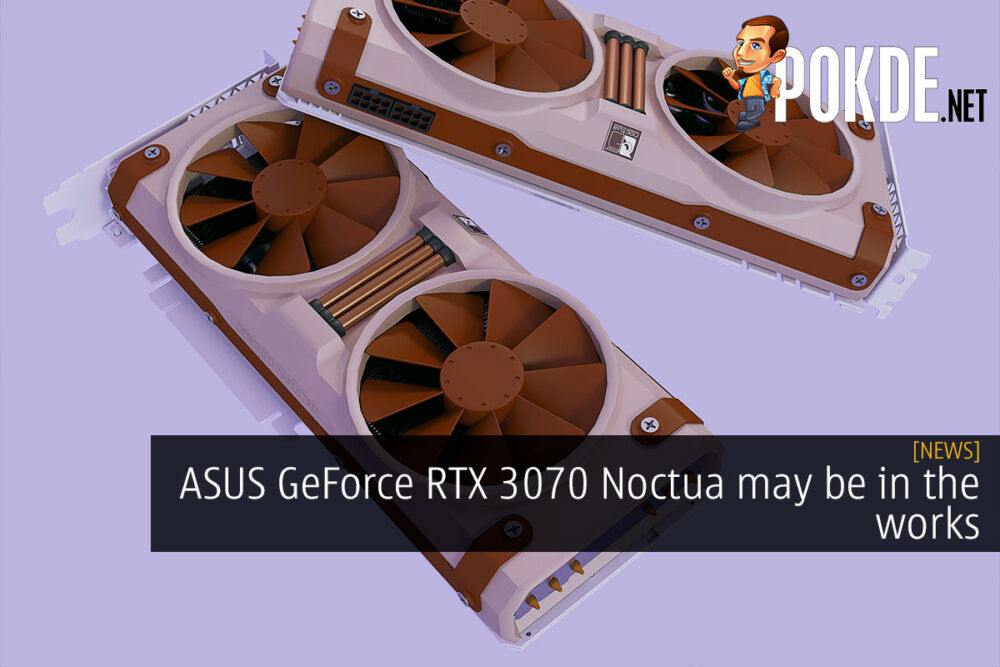 As usual, take this with a dose of salt. ASUS has apparently registered an RTX3070-8G-NOCTUA in a filing to the Eurasian Economic Commission (EEC), although we have seen graphics cards vendors register an absolute slew of cards, only to release several of them, so we might not actually see an ASUS GeForce RTX 3070 NOCTUA come to market.

With that said, there’s actually a pretty good chance that ASUS is actually working with Noctua. They have released both the ROG Ryujin and ROG Ryujin II with Noctua PPC fans, so at least there’s a working relationship in place. However how will they take advantage of Noctua’s know-how for GPU cooling remains to be seen.

Noctua is very experienced at making excellent fans and CPU coolers, but they don’t have any GPU cooling solutions in their lineup. Rumors of the ASUS x Noctua partnership has reportedly been around since late-July, so we might see something pop up soon enough.

The response that Hwcooling got when reaching out to ASUS and Noctua also seems to hint towards that direction, so for those who are looking forward to a silent and cool graphics card, keep your eyes open and ears perked up.

Pokdepinion: If it’s brown, that’s a very good reason to get Noctua’s CPU coolers. But I doubt that ASUS would want that since they have fancy AIOs to sell you.