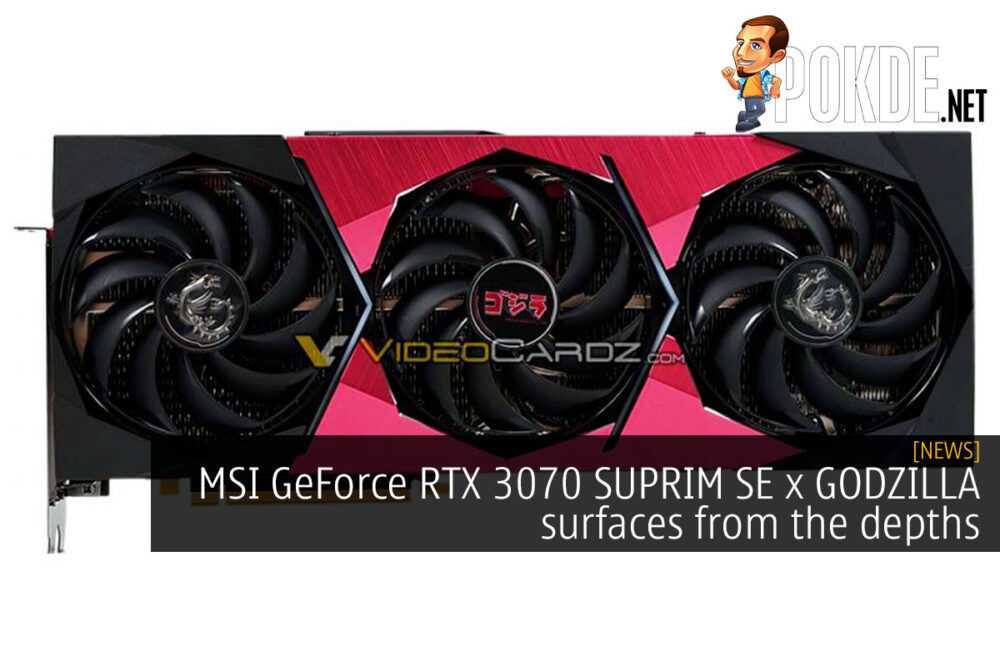 ASUS has partnered up with GUNDAM, and now we see MSI partnering up with GODZILLA for an upcoming MSI GeForce RTX 3070 SUPRIM SE x GODZILLA. It is probably extremely fitting for them too, as MSI’s mascot is Dragon Lucky, and Godzilla can be considered some sort of a dragon too?

In any case, the MSI GeForce RTX 3070 SUPRIM SE x GODZILLA is reportedly pretty similar in terms of specifications with the non-Godzilla GeForce RTX 3070 LHR SUPRIM SE, with the GA104 LHR GPU clocked at up to 1770MHz and a 240W TDP. That means that Godzilla will not be sent to the mines, which is a good thing. It is essentially just a reskinned variant of the GeForce RTX 3070 SUPRIM, but I guess we won’t be complaining since the card is quite a looker already. 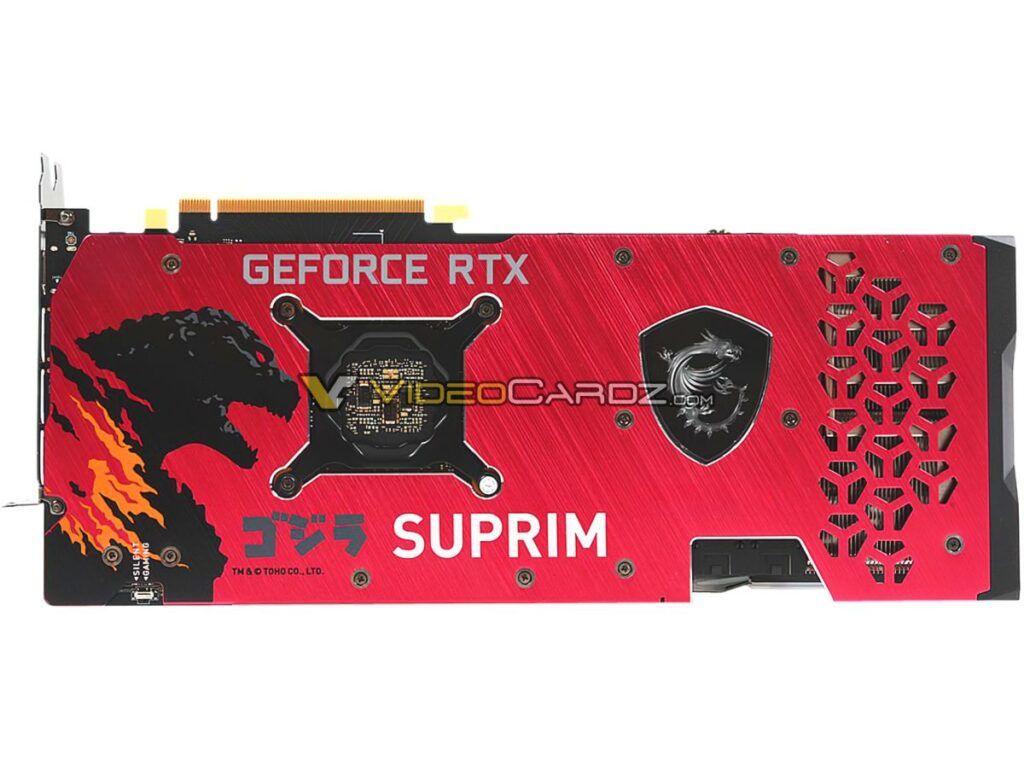 The MSI GeForce RTX 3070 SUPRIM SE x GODZILLA’s unique elements include more red-pink accents on the shroud, while the rear backplate is entirely red with Godzilla itself making an appearance near the PCIe bracket. At the moment, the card is allegedly a Japan-exclusive, but as we have seen with ASUS’ GUNDAM series, it might make its way globally if demand is strong enough.

Pokdepinion: I think MSI should reskin the GODLIKE motherboards. I mean, GODLIKE x GODZILLA is just waiting to be a thing, don’t you think?