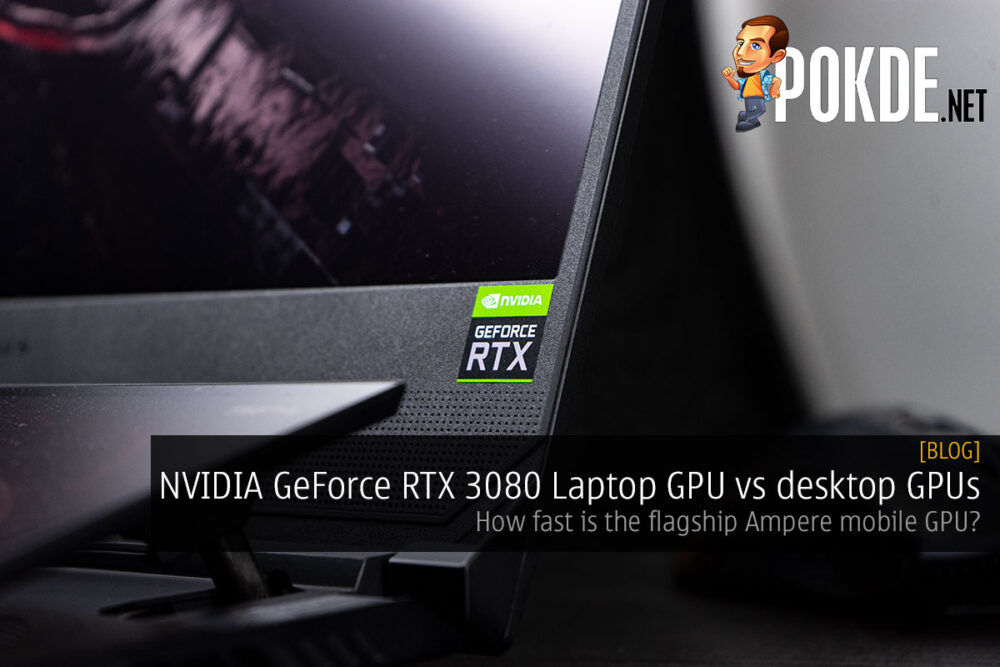 It is worth mentioning that we are testing on pre-release drivers on the ASUS ROG Zephyrus Duo 15 SE. This configuration allows the GPU to pull up to 130W, which is close to the upper limit of the GeForce RTX 3080 Laptop GPU. We will be keeping to synthetic benchmarks for now, due to the fact that we want to try our best to rule out the effects of the CPU. Different power limits in combination with varying cooling solutions and CPU configurations will yield wildly different results, so this is still a pretty rough idea of the performance level possibly with the NVIDIA GeForce RTX 3080 Laptop GPU. 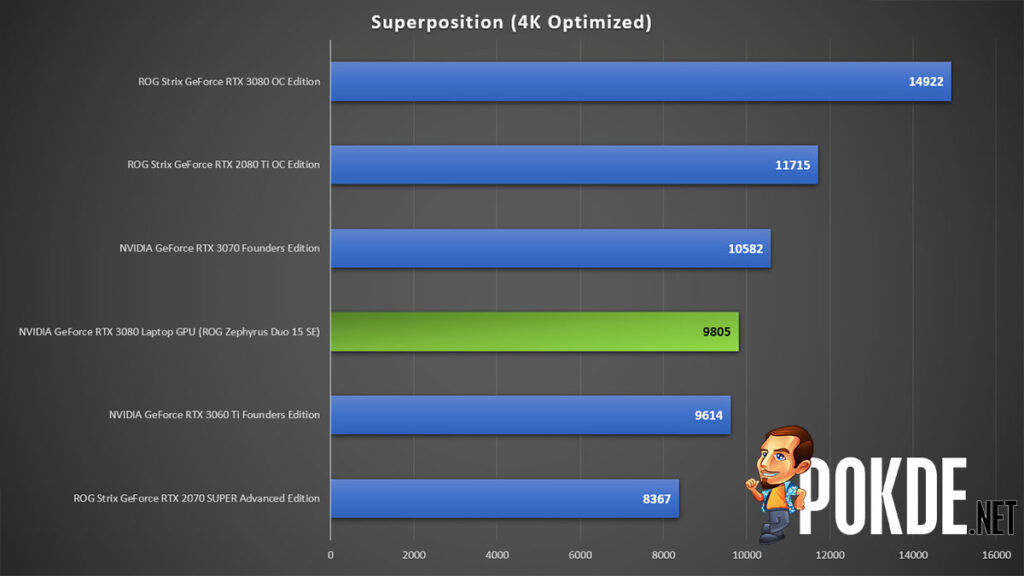 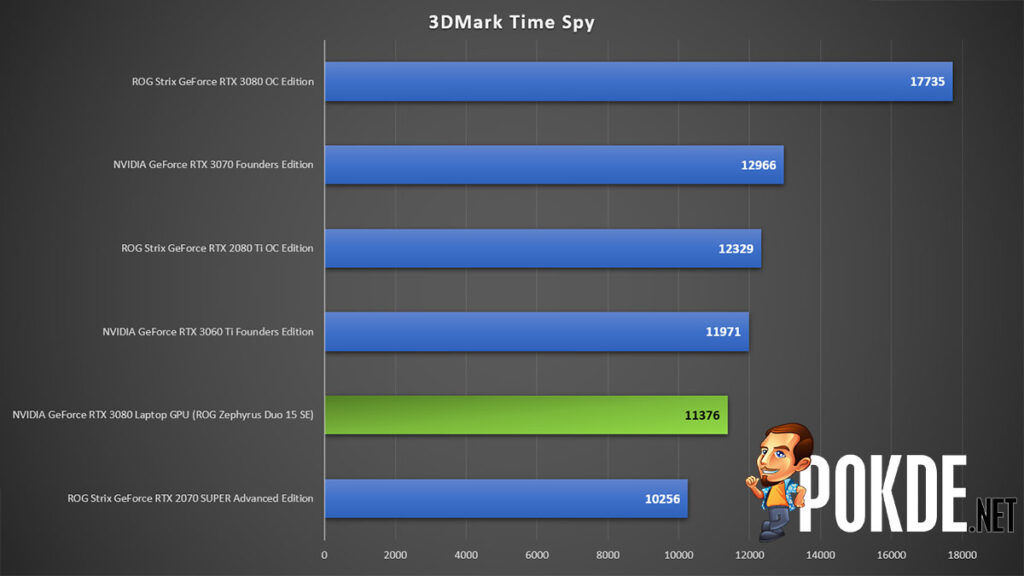 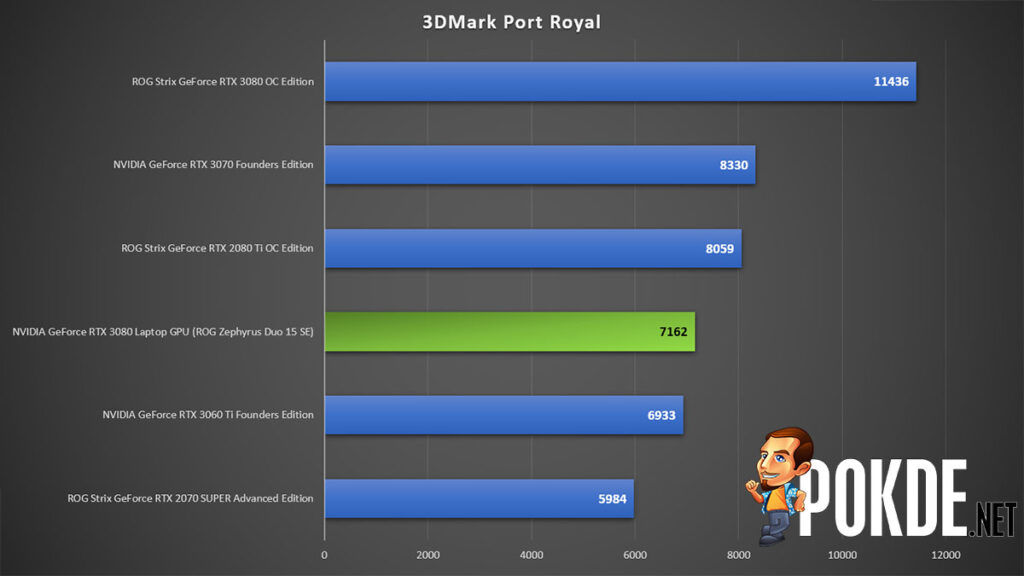 These benchmark scores point to the GeForce RTX 3080 laptop GPU being capable of trading blows with a GeForce RTX 2080 desktop GPU, which is pretty impressive considering that they are only one generation apart. 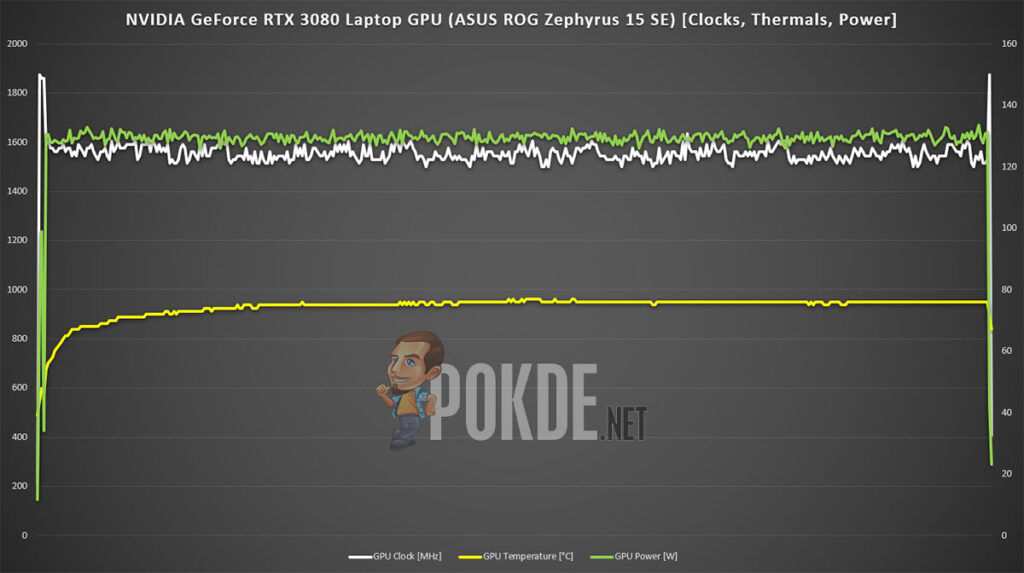 Now let’s take a look at the clocks, power and thermals of the GeForce RTX 3080 laptop GPU. Average clocks in Superposition are pretty low at 1554MHz, with a peak of 1635MHz. The maximum power draw is 133.5W, with an average of 129.6W with the GPU temperatures maintained by the ROG Zephyrus Duo 15 SE’s excellent cooling system at below 77°C at all times. Now this is where it gets quite interesting.

The low-ish clocks of the GeForce RTX 3080 Laptop GPU might be a downer to some, but it still allows for a lot of graphics horsepower at a lower power draw. On the other hand, the GeForce RTX 3060 Ti Founders Edition draws up to 200W, or 50% more power, to deliver similar levels of performance with a 20% smaller GPU. 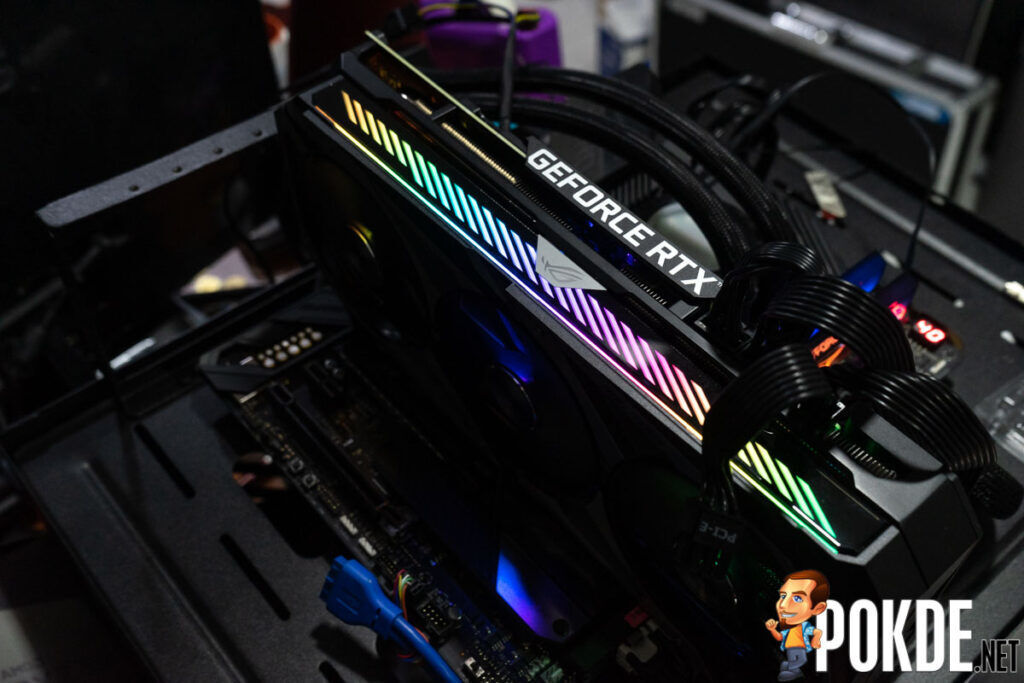 Compared against the ROG Strix GeForce RTX 3080 OC Edition that’s capable of drawing up to 370W, the desktop card draws about 2.7X the power for around 56% extra performance. Obviously, it will be impossible to even power, not to mention cool, a 370W GPU in a laptop. In terms of efficiency, it is hard to argue with NVIDIA’s decision to use a big but slow GPU as their flagship mobile Ampere graphics solution, considering the limitations in terms of cooling and power delivery in laptops.

The higher capacity 16GB of GDDR6 memory running at a leisurely 14.3Gbps is also quite an interesting decision on NVIDIA’s end. The large VRAM should be great for content creators, who are also a target audience of the GeForce RTX 3080 laptop GPUs. However it probably won’t affect gaming performance in a huge way. We will be checking out gaming performance in the full in-depth review of the ROG Zephyrus Duo 15 SE soon. 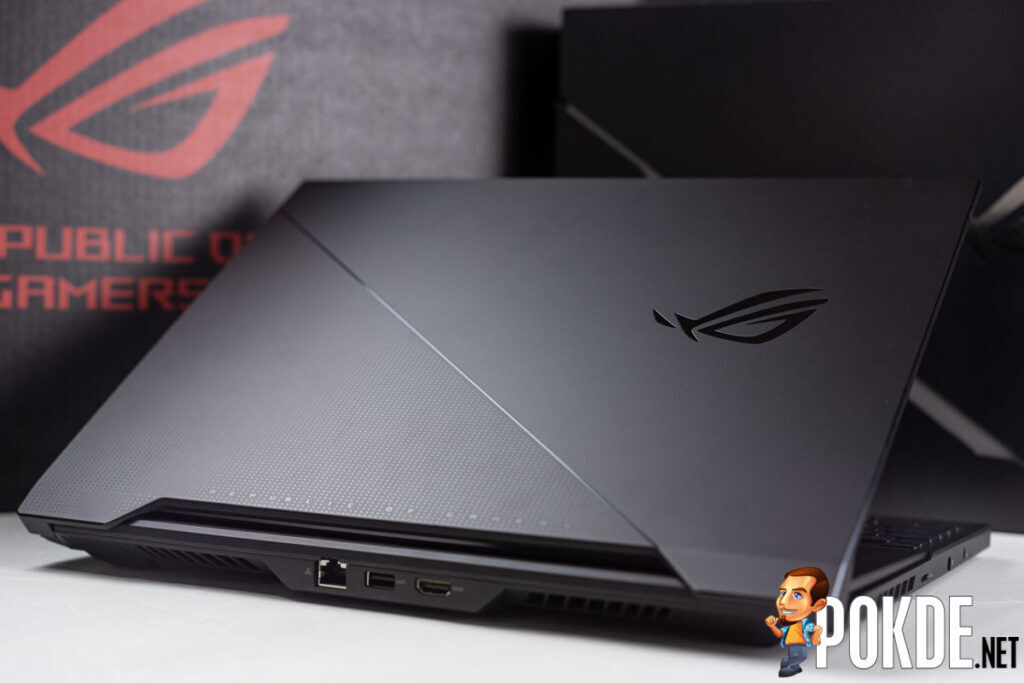 NVIDIA’s Ampere laptop GPUs are quite significantly slower than their desktop counterparts, but I think that should surprise no one. On top of a lower power limit, we are looking at a lower core count as well, which will definitely result in lower performance. We have always said that you cannot compare desktop and laptop GPUs directly, and it is all the more true with the GeForce RTX 30 series laptop GPUs. 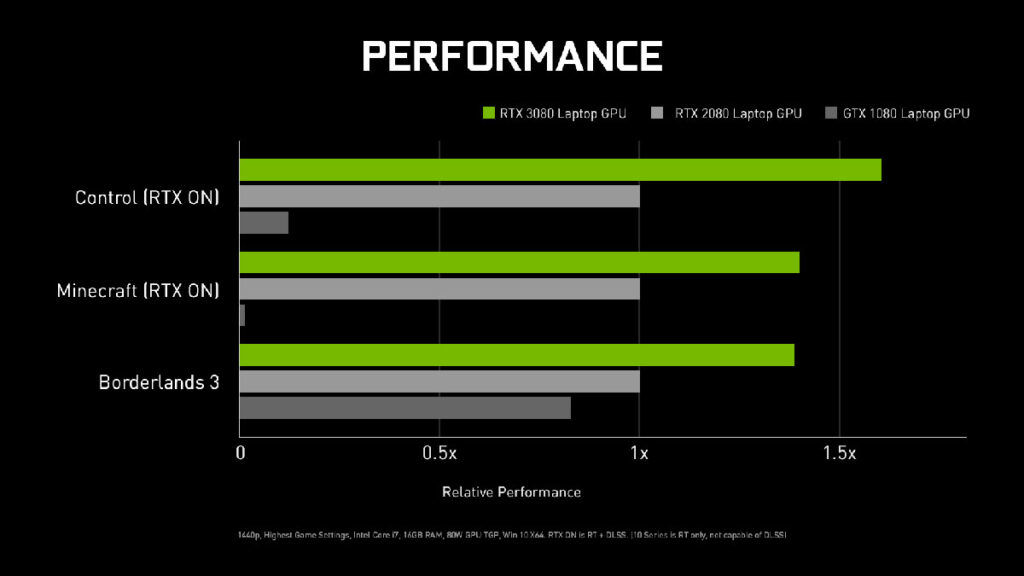 With that said, they are still going to be a huge upgrade over the last-gen mobile GPUs. Also, there’s still some power headroom left in the GeForce RTX 3080 laptop GPU. As far as we know, the only GeForce RTX 3080 laptop GPU configured to run at 150W is in the ROG Flow X13’s XG Mobile Dock, so maybe that will offer performance closer to the desktop GPUs. Putting that aside, we will be testing more of the ROG Zephyrus Duo 15 SE in more detail soon, so stay tuned for the review!