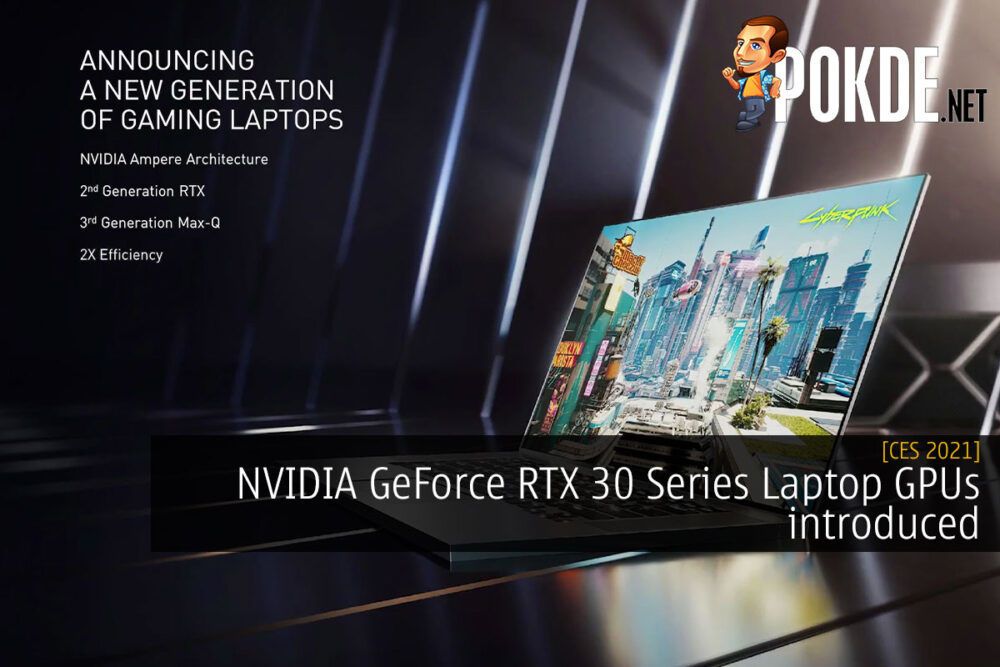 The GeForce RTX 30 series marks a departure back to the days when the mobile GPU is significantly different from its desktop namesake. While we definitely wouldn’t expect NVIDIA to cram a 300W TGP GPU into a laptop, NVIDIA is not only changing the power limit, but also the core count and memory specifications of the Ampere GPUs with the newly announced laptop GPUs.

We will be comparing them side-by-side here for you to get a quick idea of the differences: 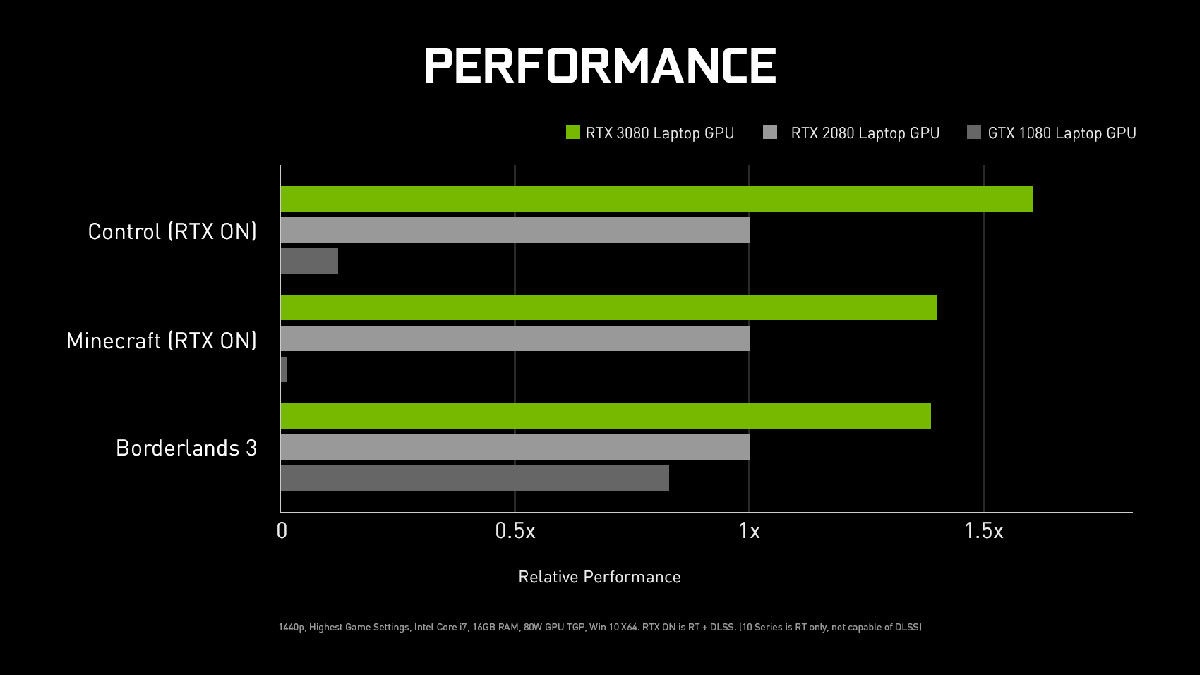 Of course, comparing desktop GPUs to laptop GPUs is a very moot point given the vast difference in power and also thermal headroom. Against the last-gen GeForce RTX 2080, NVIDIA claims a performance uplift of up to 50% with the GeForce RTX 3080 laptop GPU. So yeah, these are really beefy mobile GPUs. 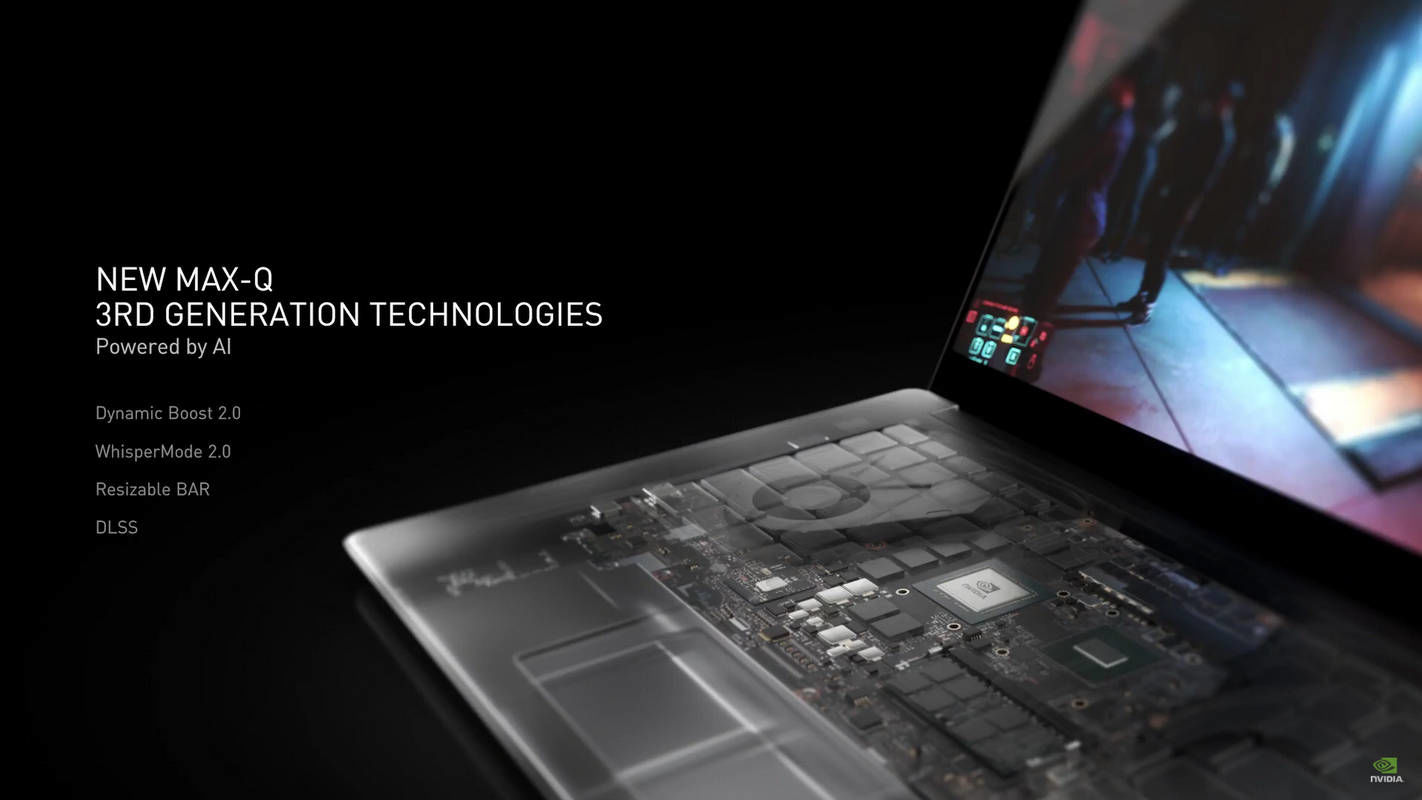 Performance is only one aspect of laptops, and NVIDIA is also set to improve the user experience of the upcoming Ampere-based laptops with the 3rd Gen Max-Q Technologies which encompasses Dynamic Boost 2.0, WhisperMode 2.0, DLSS and also Resizable BAR.

Dynamic Boost 2.0 uses AI to balance the power between CPU, GPU and VRAM on a per-frame basis to deliver the best performance in your applications. Meanwhile, WhisperMode 2.0 uses AI to tune your  CPU, GPU, fan speed and game settings depending on your fan noise preferences. NVIDIA DLSS definitely needs no introduction, using AI to upscale graphics for increased performance. Resizable BAR is probably the most interesting of them all. 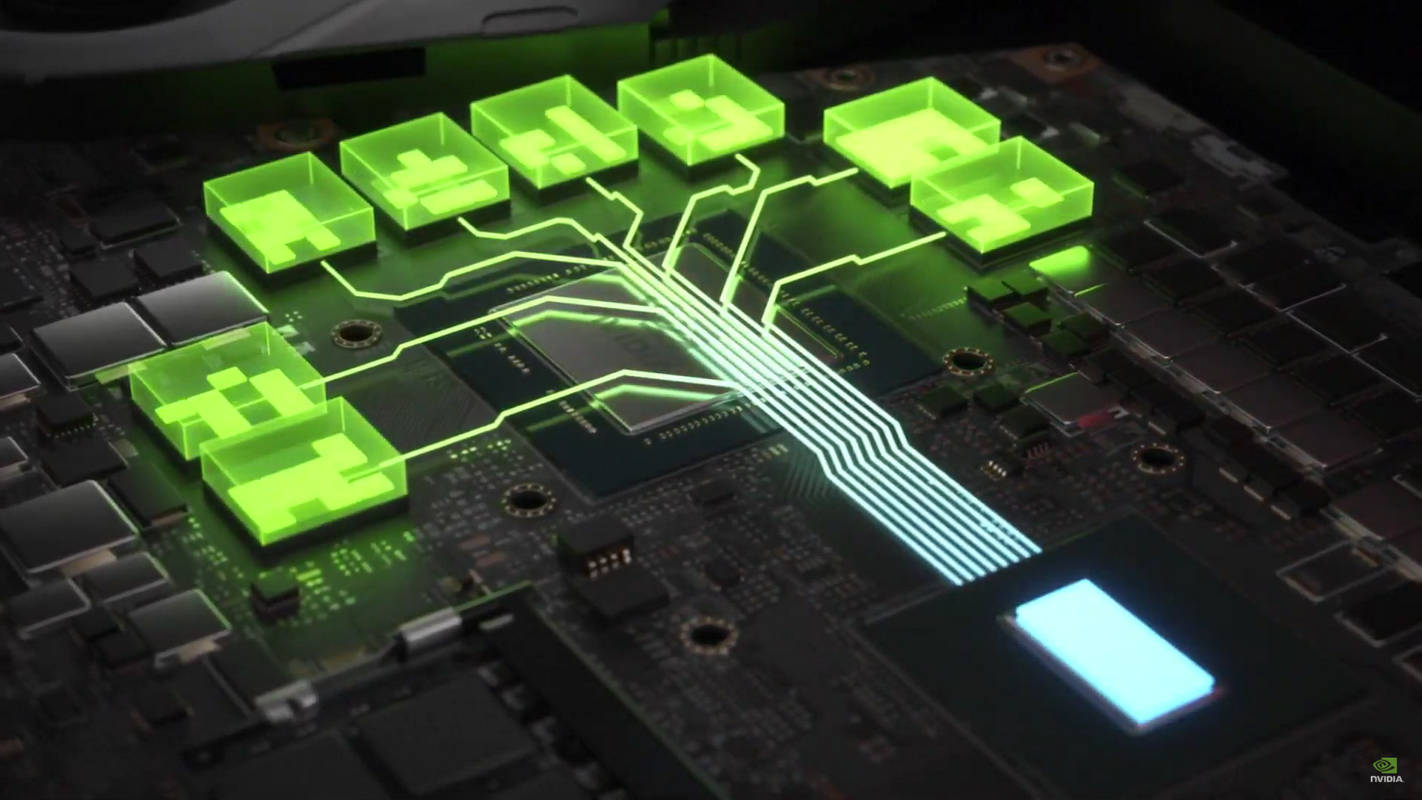 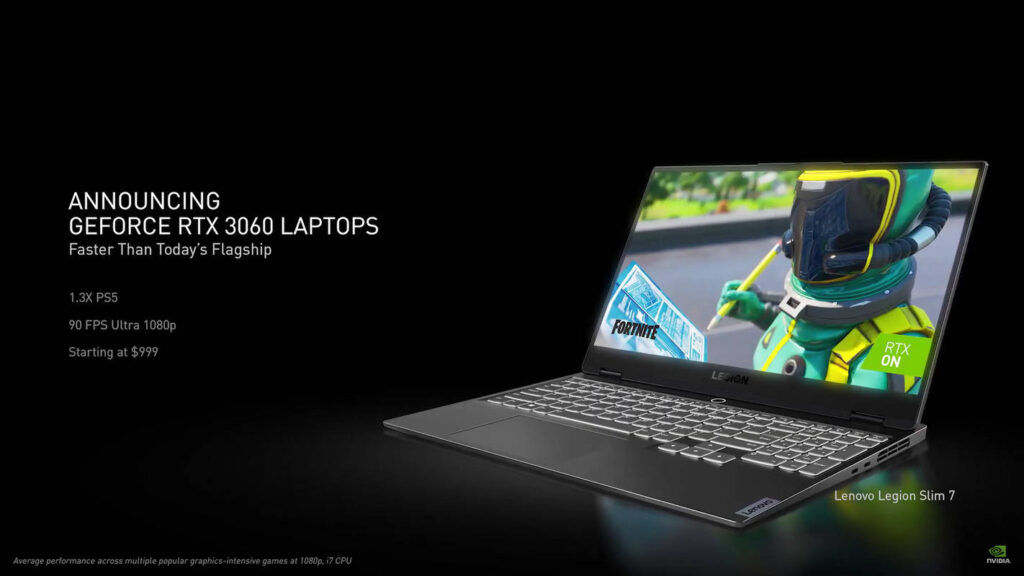 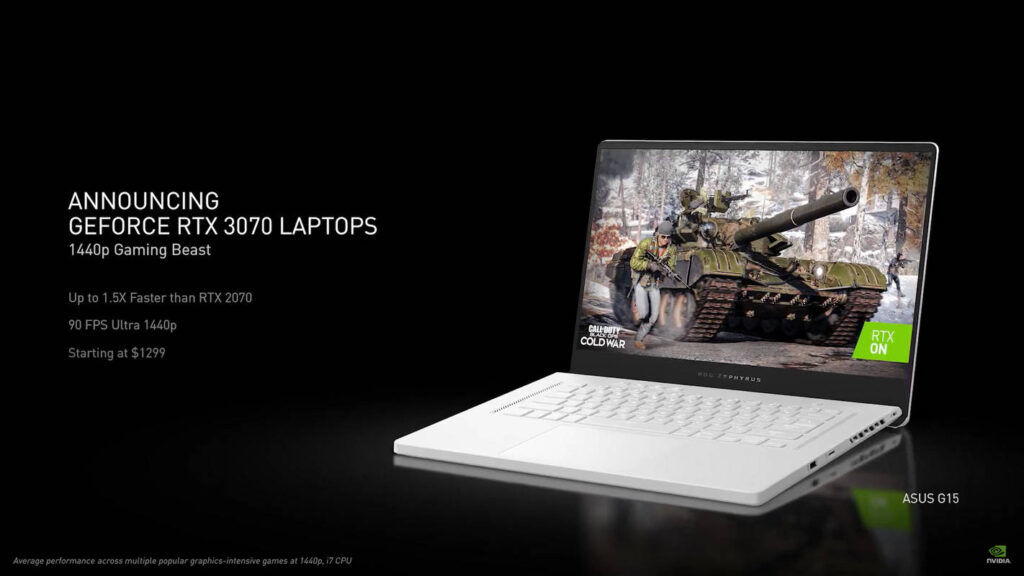 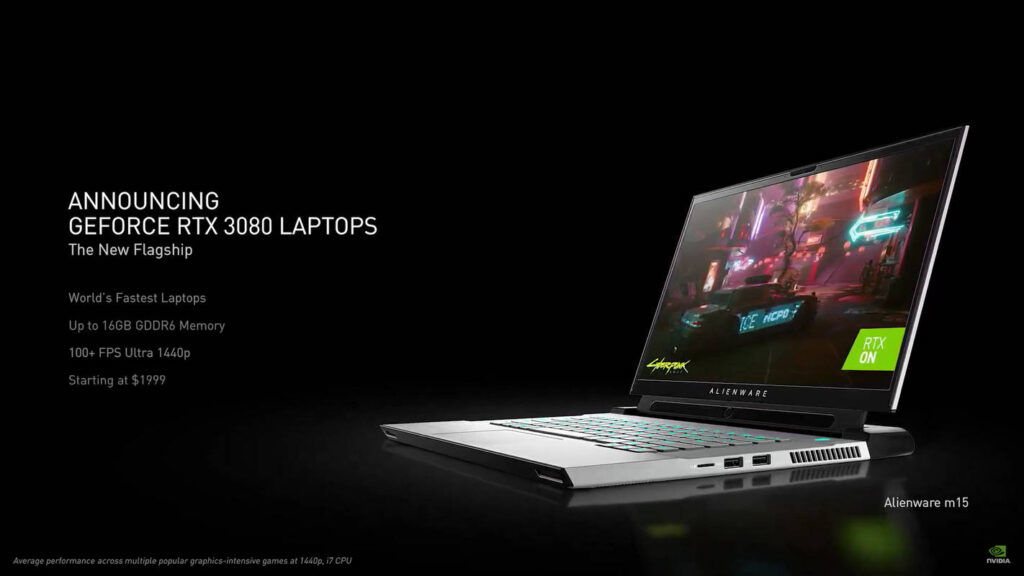 Pokdepinion: It is definitely time to replace my ROG Strix SCAR II with its GTX 1070…