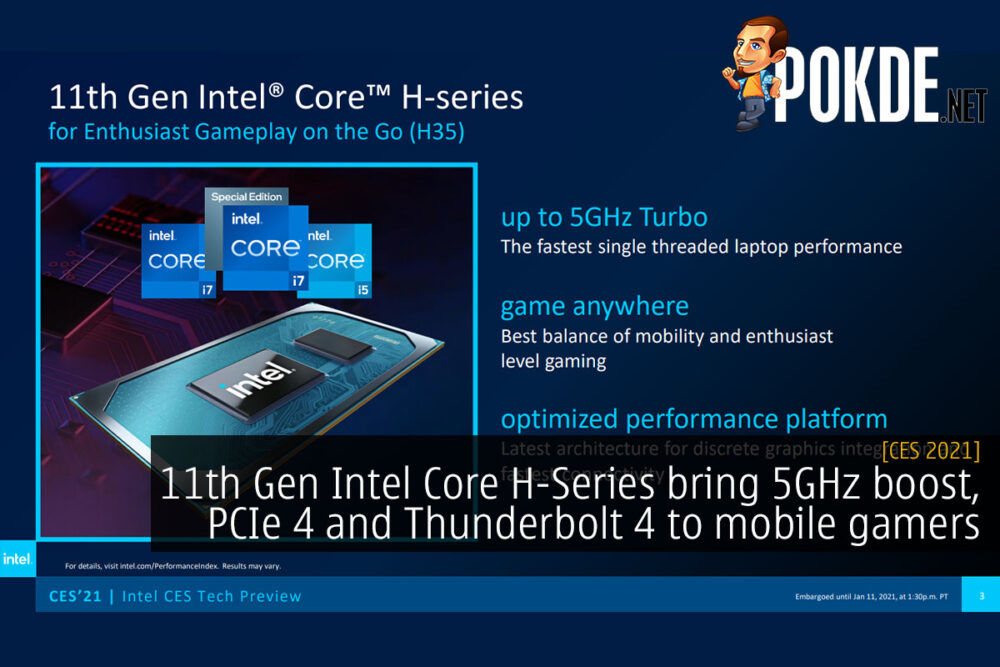 The recent 11th Gen Intel Core processors were a pretty stunning leap forward for Intel, bringing greater CPU and GPU capabilities in ultraportable form factors thanks to new architectures on both fronts. Now they are offering the Tiger Lake processors with a higher 35W TDP, aptly dubbed the new Intel H35 series.

These new 11th Gen Intel Core processors are pretty similar to the Tiger Lake processors we already have in the market right now, with a similar four-core, eight-thread configuration across the board. The benefit of the higher TDP comes in the form of higher clocks, with the Intel Core i7-11375H promising up to 5GHz boost frequencies.

Only the Intel Core i7-11375H Special Edition is capable of such lofty boost though, with the Intel Core i7-11370H rated for up to 4.8GHz. Of course, the maximum boost clocks achievable will still depend on the thermal headroom afforded by the cooling system of your specific laptop, so you wouldn’t be missing out that much after all. 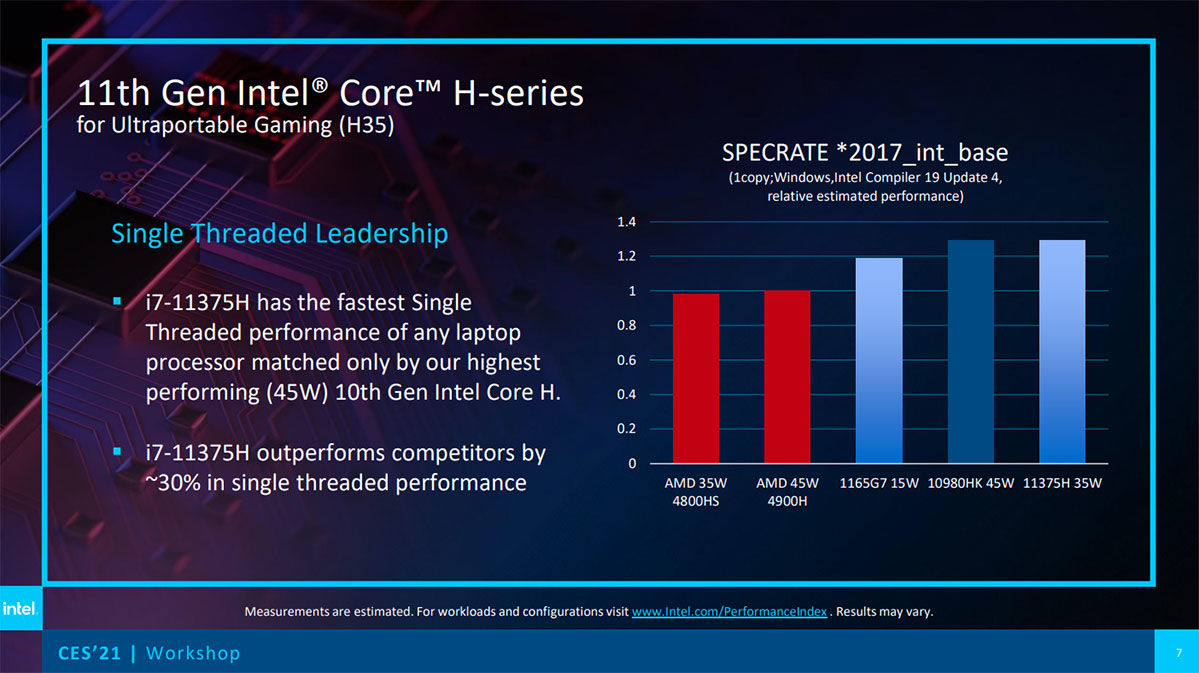 On top of all that CPU horsepower, the new Tiger Lake H35 series processors will also bring four PCIe 4 lanes to the table, and Intel has been working with NVIDIA to add Resizable BAR support as well to allow better communication between CPU and GPU. There support for up to 64GB DDR4-3200 and 32GB LPDDR4X-4266 too for memory. 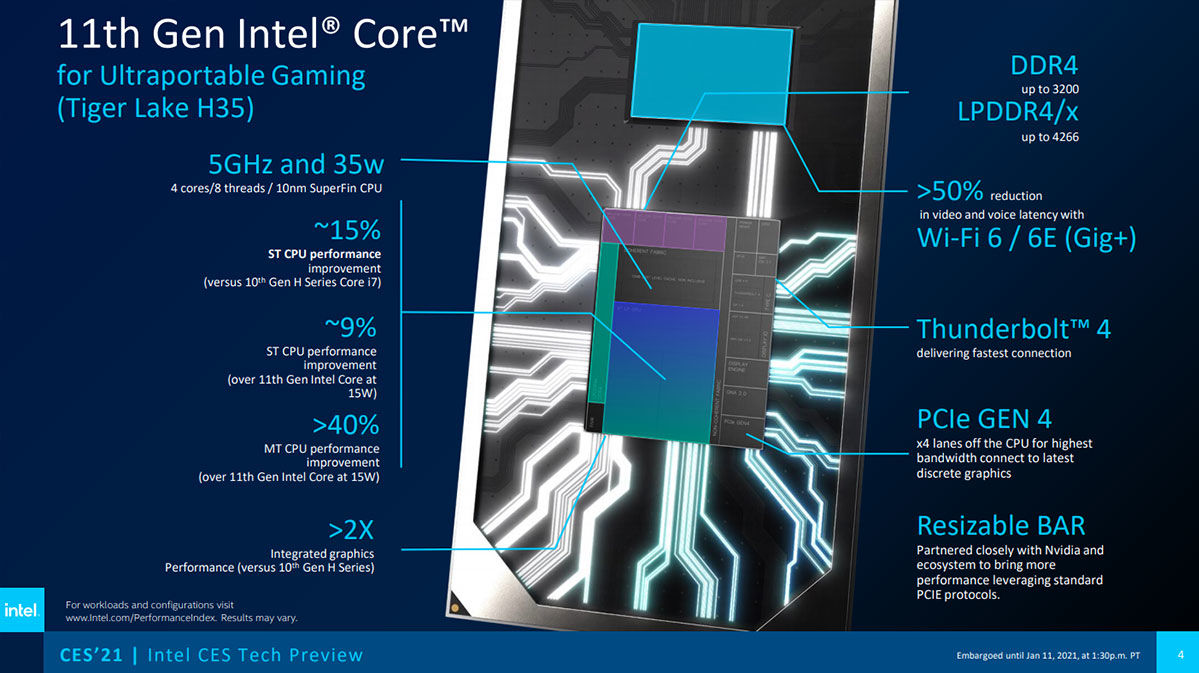 As expected from Intel’s latest mobile processor, the Tiger Lake H35 also comes with integrated support for WiFi 6, Thunderbolt 4 and of course, that sweet Intel Iris Xe Graphics. Both the Intel Core i7 options come with the full 96 EU integrated GPU, while the Intel Core i5 has to settle for the cut-down 80 EU version. 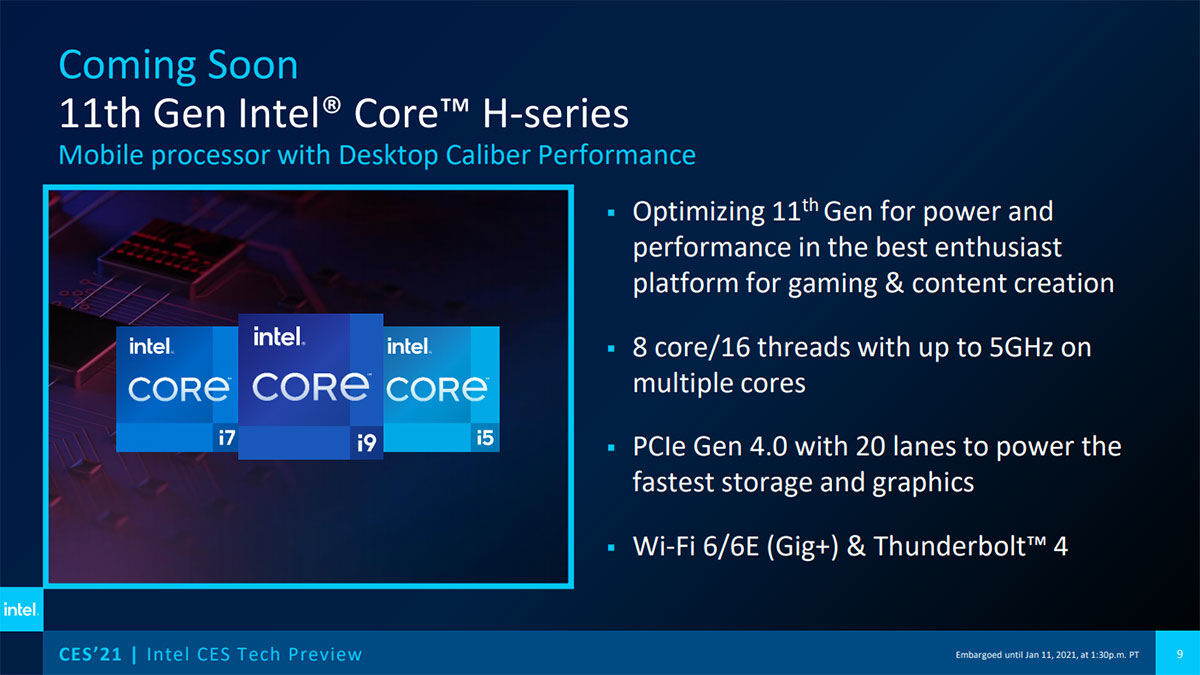 For those who demand even greater performance, Intel has announced that the 11th Gen Intel Core H-series with higher core counts ranging up to 8C/16T configurations is “coming soon”. The upcoming CPUs will also tout 20 PCIe 4.0 lanes for even better performance with all the latest GPUs and SSDs. Those will presumably fit into the higher 45W TDP category, so if you want an ultraportable gaming laptop, the Intel Tiger Lake H35 is going to be your best bet.

Pokdepinion: I wonder if the 4 PCIe 4.0 lanes is enough to feed the latest Ampere-based GPUs? 🤔