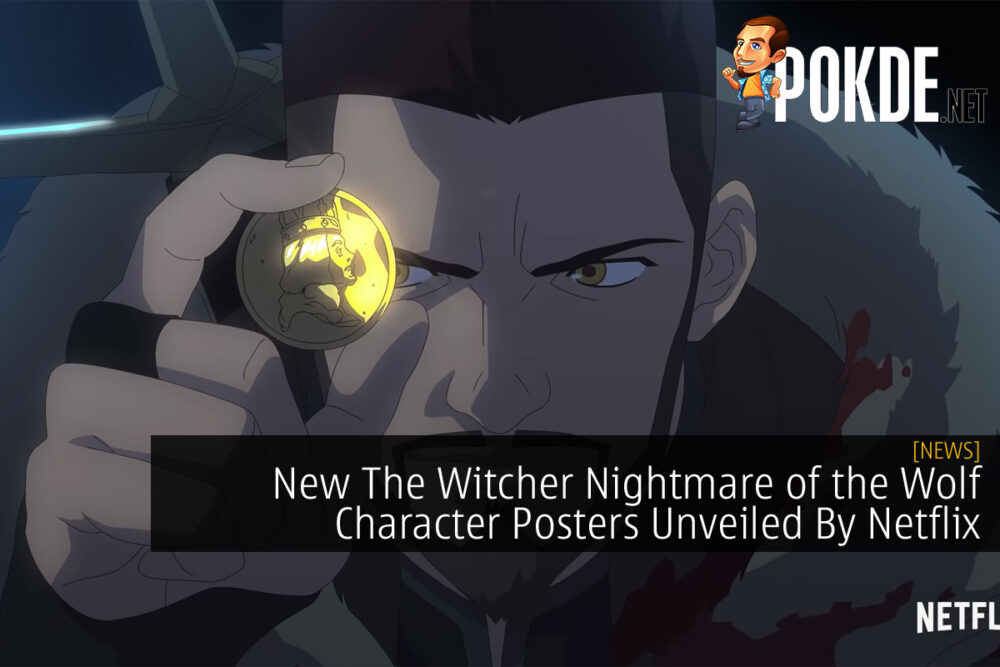 In celebration of The Witcher Nightmare of the Wolf animated movie coming to Netflix this 23 August, the streaming platform has released a bunch of new character posters, bios and additional voice cast list.

The Witcher Nightmare of the Wolf animated movie is a prequel to The Witcher series and tells the tale of Geralt’s mentor and friend, Vesemir. Here’s a brief synopsis of the upcoming film.

Before Geralt, there was his mentor Vesemir — a swashbuckling young witcher who escaped a life of poverty to slay monsters for coin. But when a strange new monster begins terrorizing a politically-fraught kingdom, Vesemir finds himself on a frightening adventure that forces him to confront the demons of his past…

Vesemir (voiced by Theo James in the English dub and Yuuya Uchida in the Japanese dub, Young Vessemir voiced by David Errigo Jr. in the English dub and Daiki Yamashita in the Japanese dub) grew up as a servant on a nobleman’s estate, working long days for too little coin. He yearns to break free of his social standing and to explore the Continent to find his destiny. 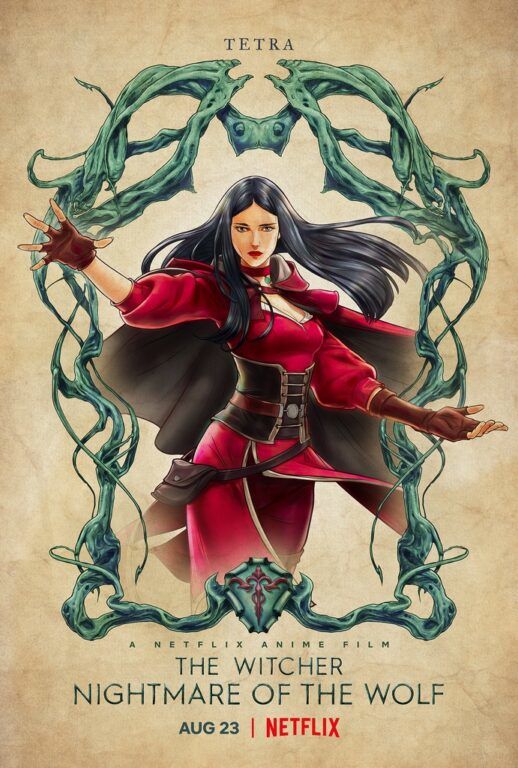 Tetra Gilcrest (voiced by Lara Pulver in the English dub and Mie Sonozaki in the Japanese dub) is a powerful sorceress who is descended from one of the Continent’s first mages, Tetra believes magic connects all things of beauty. She and her followers work to keep peace on the Continent by ensuring that magic is not abused. 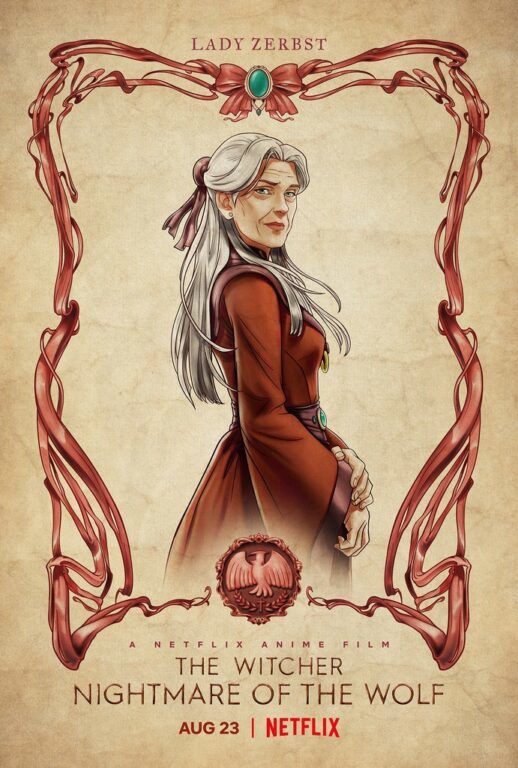 Lady Zerbst (voiced by Mary McDonnell in the English dub and Yukari Nozawa in the Japanese dub) is a Kaedwen noblewoman who inherited her husband’s seat on the king’s advisory council after he passed at an early age. She has since risen to become one of the king’s most trusted advisors, and a fierce supporter of the witchers. 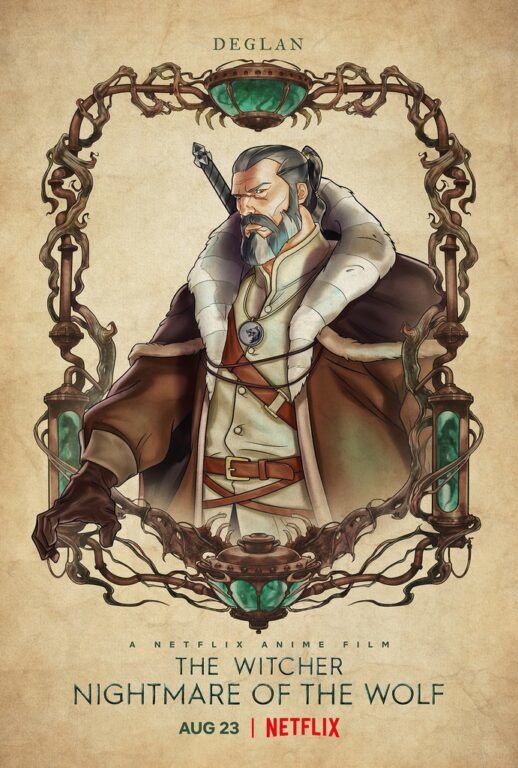 Deglan (voiced by Graham McTavish in the English dub and Masafumi Kimura in the Japanese dub) was raised on the harsh, unforgiving Skellige Isles and is the hardened warrior-leader of the witchers. He is fiercely loyal to his “boys,” and committed to doing whatever is necessary to protect them. 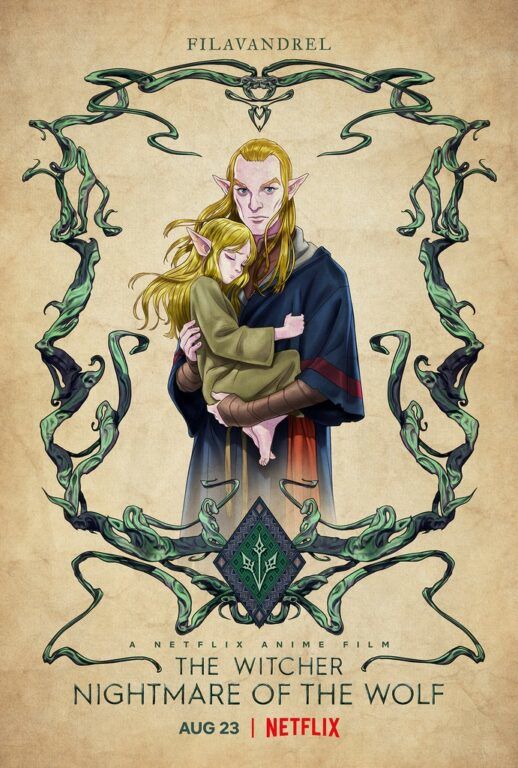 Filavandrel (voiced by Tom Canton in the English dub and Motoyuki Kawahara in the Japanese dub) is a fallen elf king from the Blue Mountains and an old friend to Vesemir. He is also known as Filavandrel of the Silver Towers. 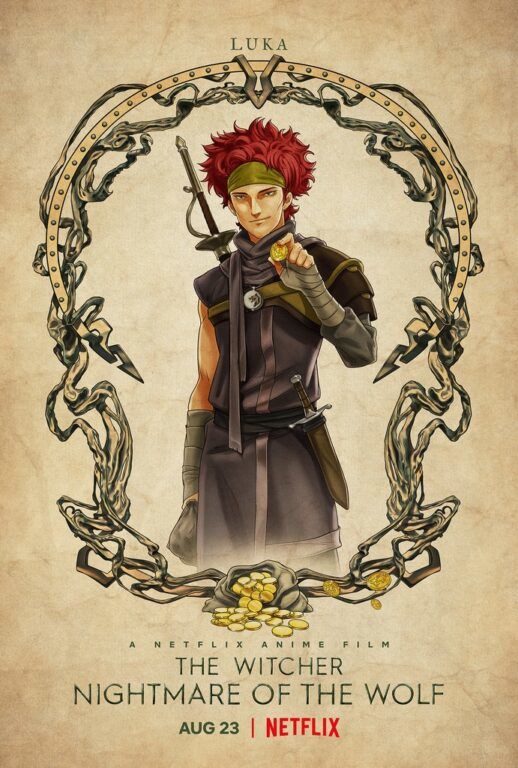 Luka (voiced by Matt Yang King) is a pessimistic witcher who resents his profession and trained with Vesemir and Sven. Unlike other witchers, Luka never quite learned to love his profession. Maybe his pessimism is merely a shield, maybe it is really how he feels, either way: Luka is vocal about nearly everything — and that gets him in trouble more than once.

Tower of Fantasy: Will This Be The Genshin Killer?
Read More
3142 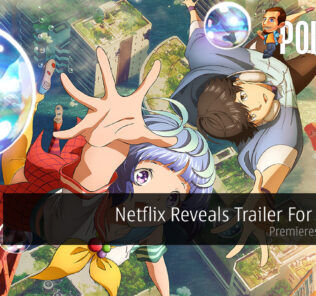 Play As Will Smith in Fortnite? Yes, It Might Just Happen
Next