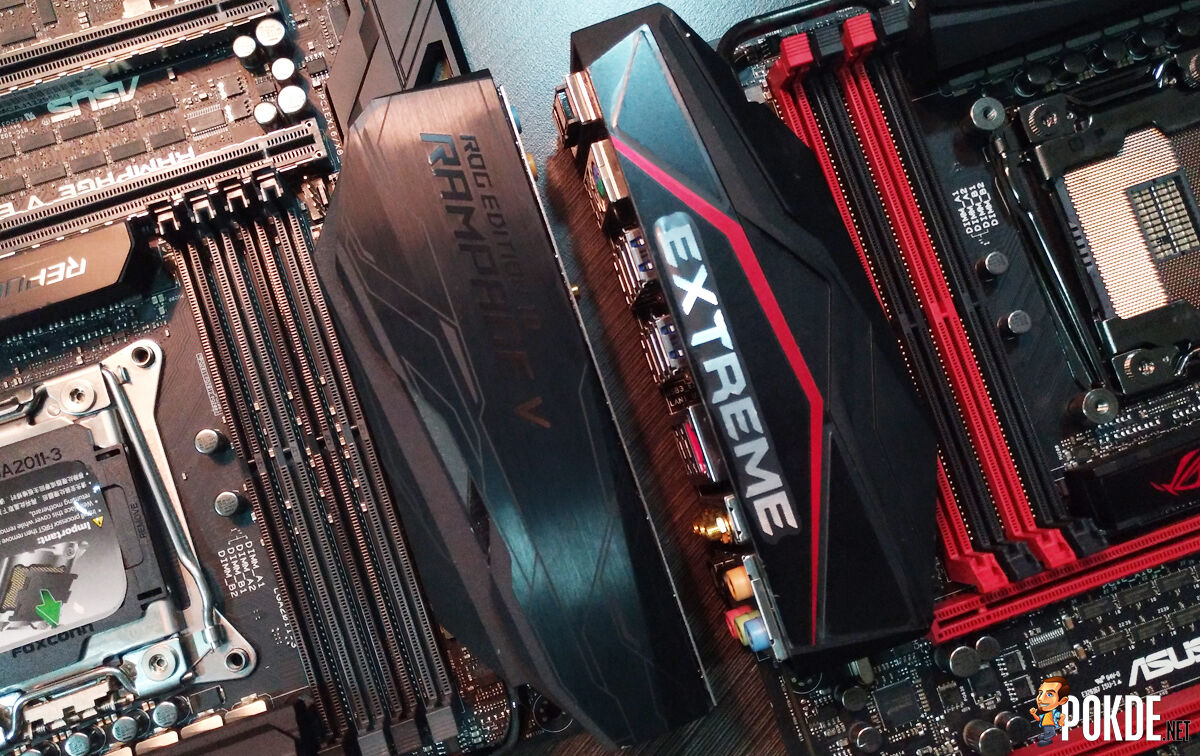 This entry is dedicated to compare the differences between the two boards, as there is more to the ASUS ROG Rampage V Edition than just new ASUS AURA RGB lighting and an all-black color scheme. 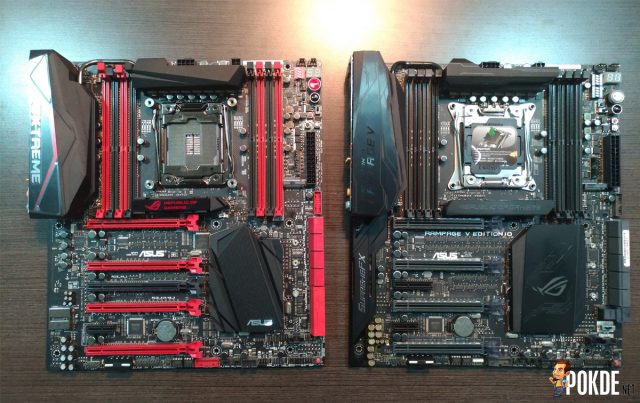 Taking a top down look, we can clearly see the differences in the heat-sinks’ designs and colour schemes. ASUS has decided to go with matte black throughout the board with the ASUS ROG Rampage V Edition 10 instead of the trademark red and black color scheme. 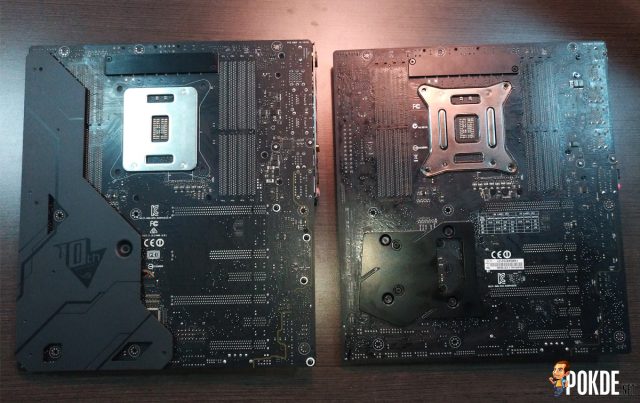 A large backplate behind the PCH covers the SMD RGB LED circuitry. The ROG 10th anniversary logo is emblazoned on it too. The CPU socket support is also different, with the cooler mounts no longer going through the board. 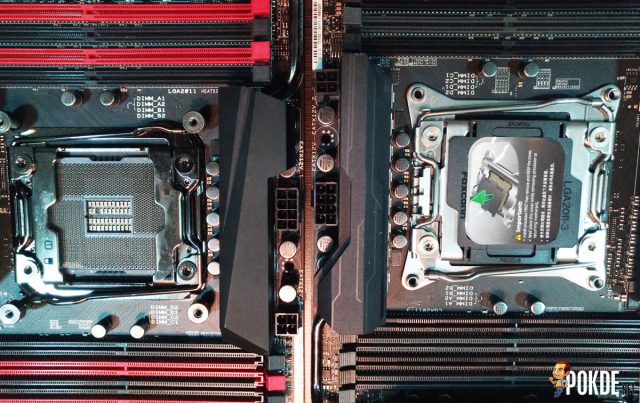 The different CPU socket backplate does not affect compatibility with different coolers at all, as the ASUS ROG Rampage V Edition 10 features the same threaded holes on the front to mount the coolers.  Both motherboard are fed with 8+4 CPU pin power connectors. Other than that, the two boards are quite similar except for the VRM heat-sink design and a darker and shinier nickel finishing on the heat-pipe connecting the two chunky heatsinks keeping the power delivery system cool. 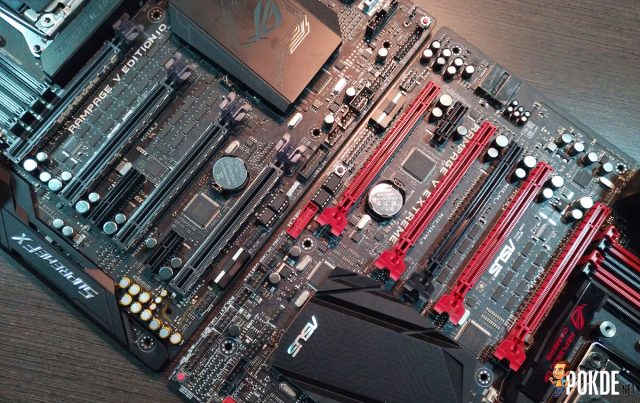 Both motherboards support Quad SLI/CFX setups, with the PCIe slots configured electrically X16, X8, X4, X16, X1 and X8, which effectively gives up to X16, X8, X8, X8 in Quad SLI and CFX configurations if your CPU has 40 PCIe lanes. The ASUS ROG RVE’s third PCIe slot is full length though, unlike the ASUS ROG RVE10 which has a shorter standard X4 slot. 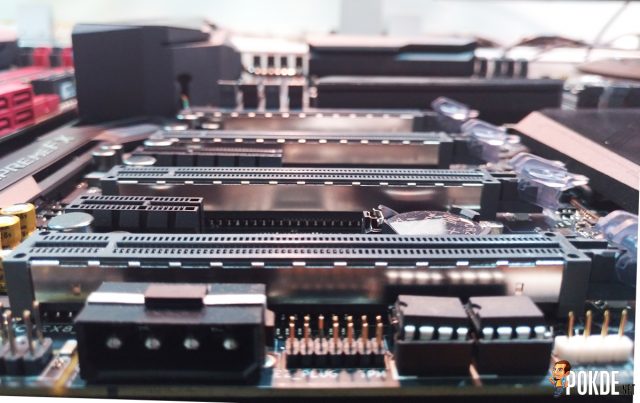 Unlike the common plastic PCIe slots on the ASUS ROG RVE, the ASUS ROG RVE10 comes with the patent pending SafeSlot which are an innovation by ASUS, reinforcing the PCIe slots to provide superior retention and shearing resistance. It is said to have up to 1.6X stronger retention force and up to 1.8X stronger in shearing test. Also the PCIe clips are lit up with RGB lighting with SMD LED beneath it. 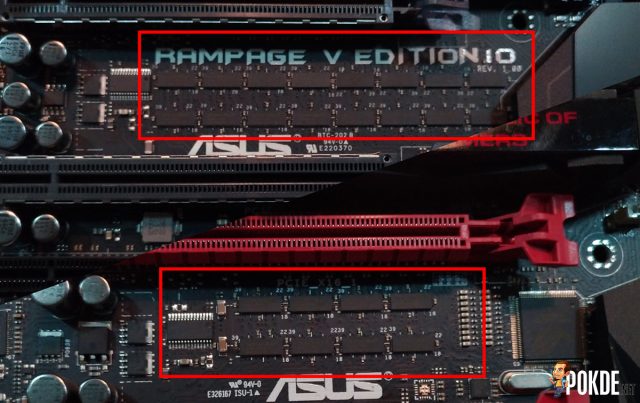 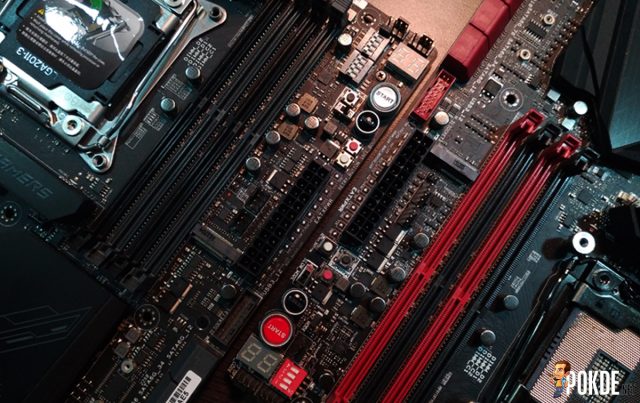 Near the top corner of the board, instead of one switch to manage the DIMM on the ASUS ROG RVE, now there are two on the ASUS ROG RVE 10, one handling the DIMM and one controlling PCIe slots. What these two switches do is allow you to manually activate or deactivate the DIMM/PCIe socket without removing the memory modules or graphics card. This offers a great way to configure your memory or PCIe setups, enhancing stability. Troubleshooting is also made easier with these switches. 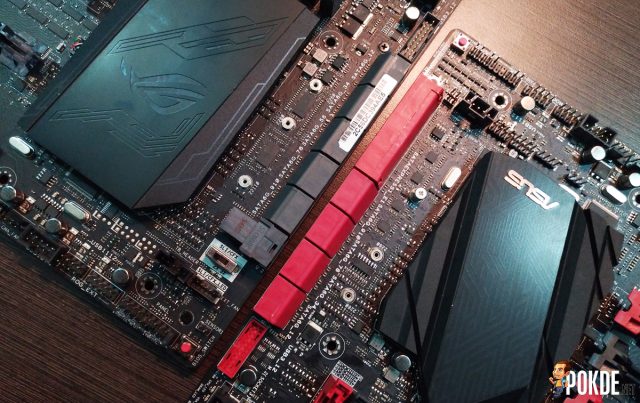 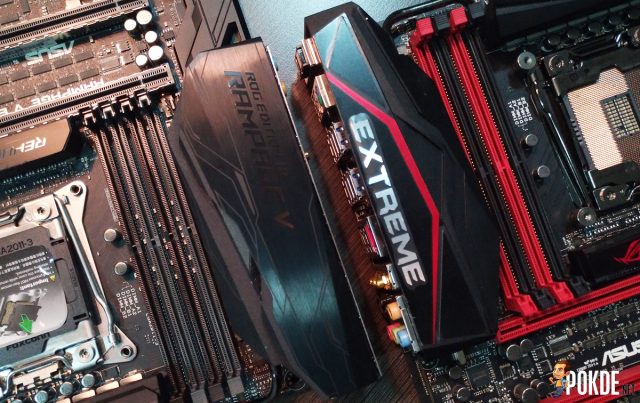 The I/O cover on the ASUS ROG RVE10 is more visually appealing, as it features customizable AURA RGB lighting. 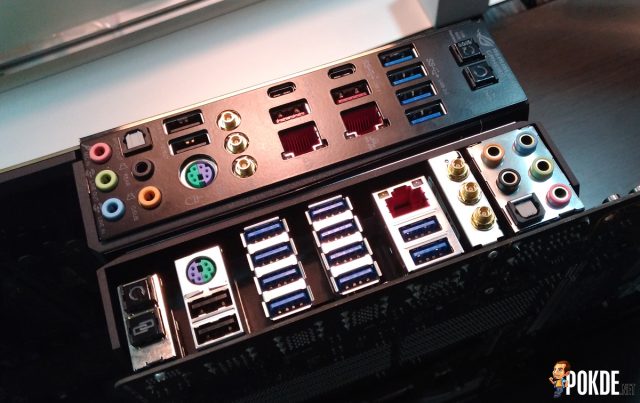 The pre-mounted I/O shield on the ASUS ROG RVE10 is another patent-pending feature by ASUS, which is not only for great aesthetics but it also makes PC DIY easier than before. Also in the I/O we can clearly see the most obvious change is in the ASUS ROG RVE 10 are the additonal LAN Port, both powered by Intel Gigabit Ethernet chipsets. Other than that the ASUS ROG RVE10 also equipped with two USB 3.1 Type-C and two Type-A USB ports, compared to the ASUS ROG RVE which has 10 USB 3.0 ports and no USB 3.1 ports here. 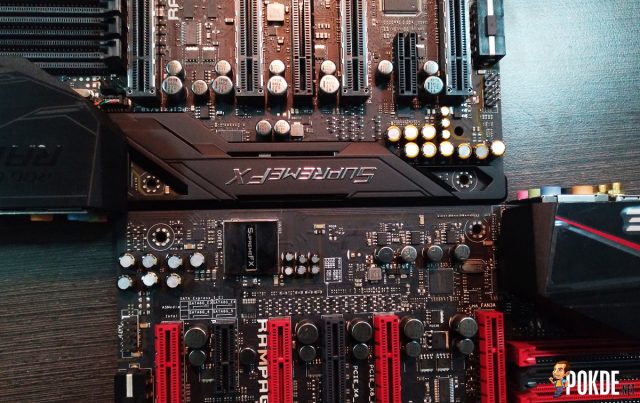 Cooler Master CK351 Review — raising the bar for the CK series!
Dimensity 900 is a mid-range 6nm 5G chipset
Fake MSI Afterburner was hosted on a website impersonating MSI’s official page
Xiaomi Mi Mix Fold has a PC Mode so good that it trounces all other foldables out there!
MSI Unveils New Gaming And Creator Laptops Powered By RTX 3080 Graphics
Latest Reviews
Read More
1971

PokdePicks:GIGABYTE Z590 AORUS PRO AX Review — great on paper, but not so much in practice…
Read More
6712