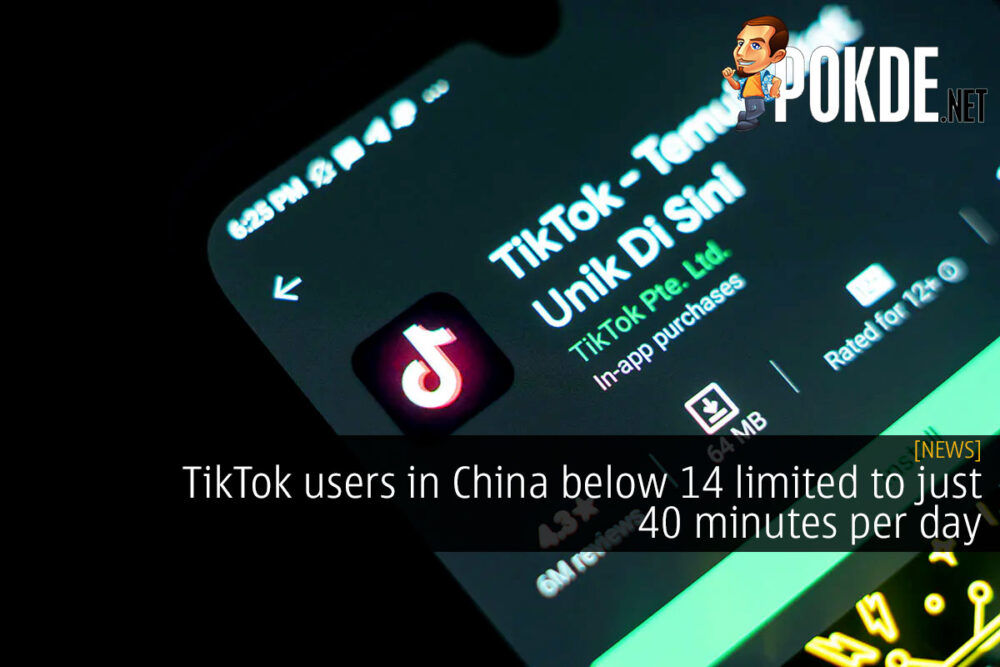 China is probably well known for draconian laws by now, especially regarding their youth and internet use. After cutting back on their gaming time, the Chinese government is also slashing the amount of time that they can spend on TikTok. Children below the age of 14 can now only use the popular social app for 40 minutes a day.

And as if that restriction isn’t enough, there are also restrictions on when they can use TikTok. The apps will only be accessible between 6am to 10pm for the underaged group. This follows Chinese authorities calls for minors to be protected from “blind” and “chaotic” worship of Internet celebrities.

The restrictions will be enabled via the app’s “youth mode”, which aside from the time restrictions, will also prevent the kids from being exposed to inappropriate content on the app. It isn’t clear whether this youth mode will be available outside of China, as I am pretty sure that many parents would also like to be able to limit their children’s use of TikTok. At least I hope they do.

Pokdepinion: Hopefully this will also lead to less cringeworthy content on the internet…

HUAWEI nova 8 Review — The Looker With The Performance?
Next