Acer Unveils a Slew of New Laptops at [email protected] 2020 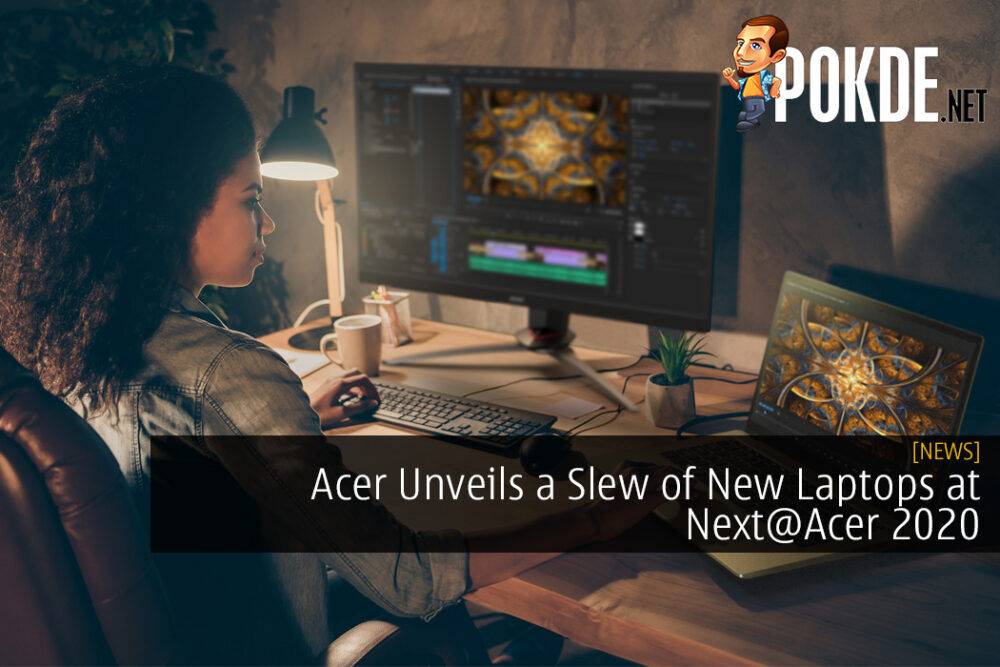 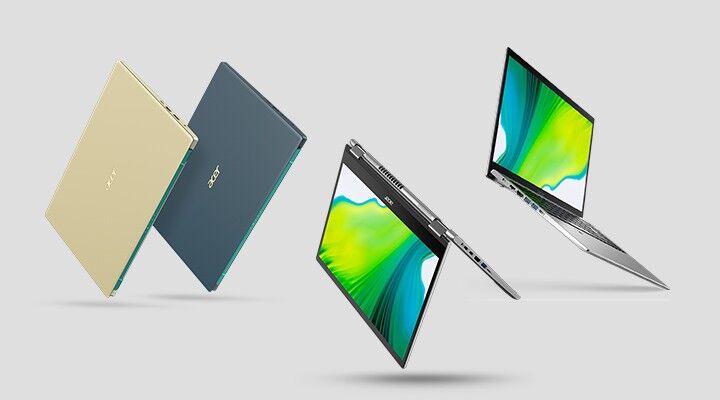 The folks over at Acer recently unveiled a wide variety of new products at the [email protected] global press conference 2020, including a slew of new laptops for you to enjoy. If you missed out on that, we got you covered right here.

Acer Unveils a Slew of New Laptops at [email protected] 2020 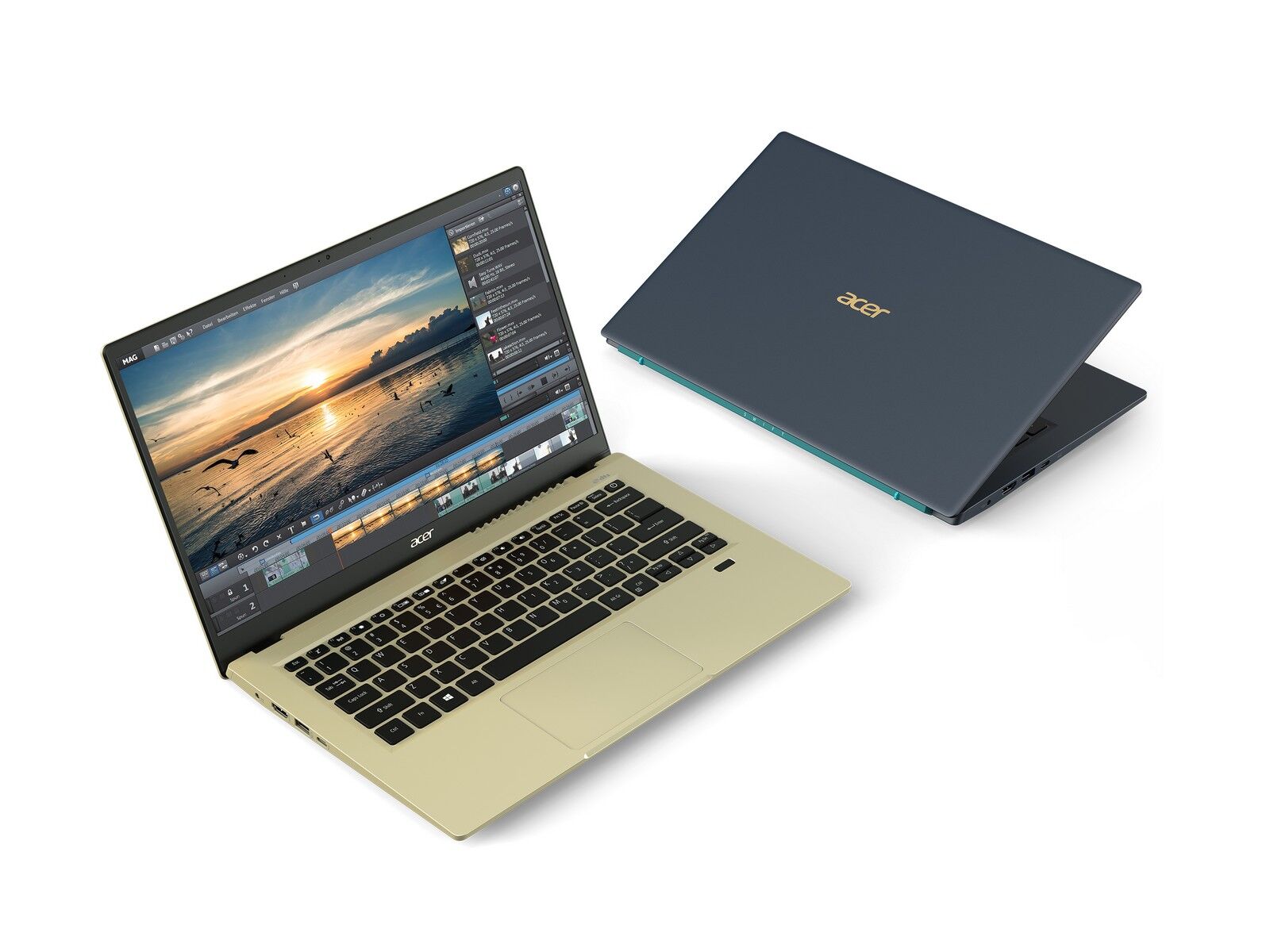 First up, we have the new Acer Swift 3X , which is powered by an 11th Gen Intel Core i5-1135G7 / i7-1165G7 and the Intel Iris Xe Max GPU. It’s expected to give content creators the necessary power to create videos and graphical elements while still have retaining an ultraportable body. It should also have enough power for light gaming.

The Acer Swift 3X is said to use a 14-inch Full HD IPS display with 72% NTSC and a maximum brightness of 300 nits. As for memory, you can opt for up to 16GB LPDDR4X RAM and 1TB PCIe NVME SSD. It weighs in at a mere 1.37kg with battery life lasting up to 17.5 hours per full charge. However, that will be dependent on what you’re using the laptop for. 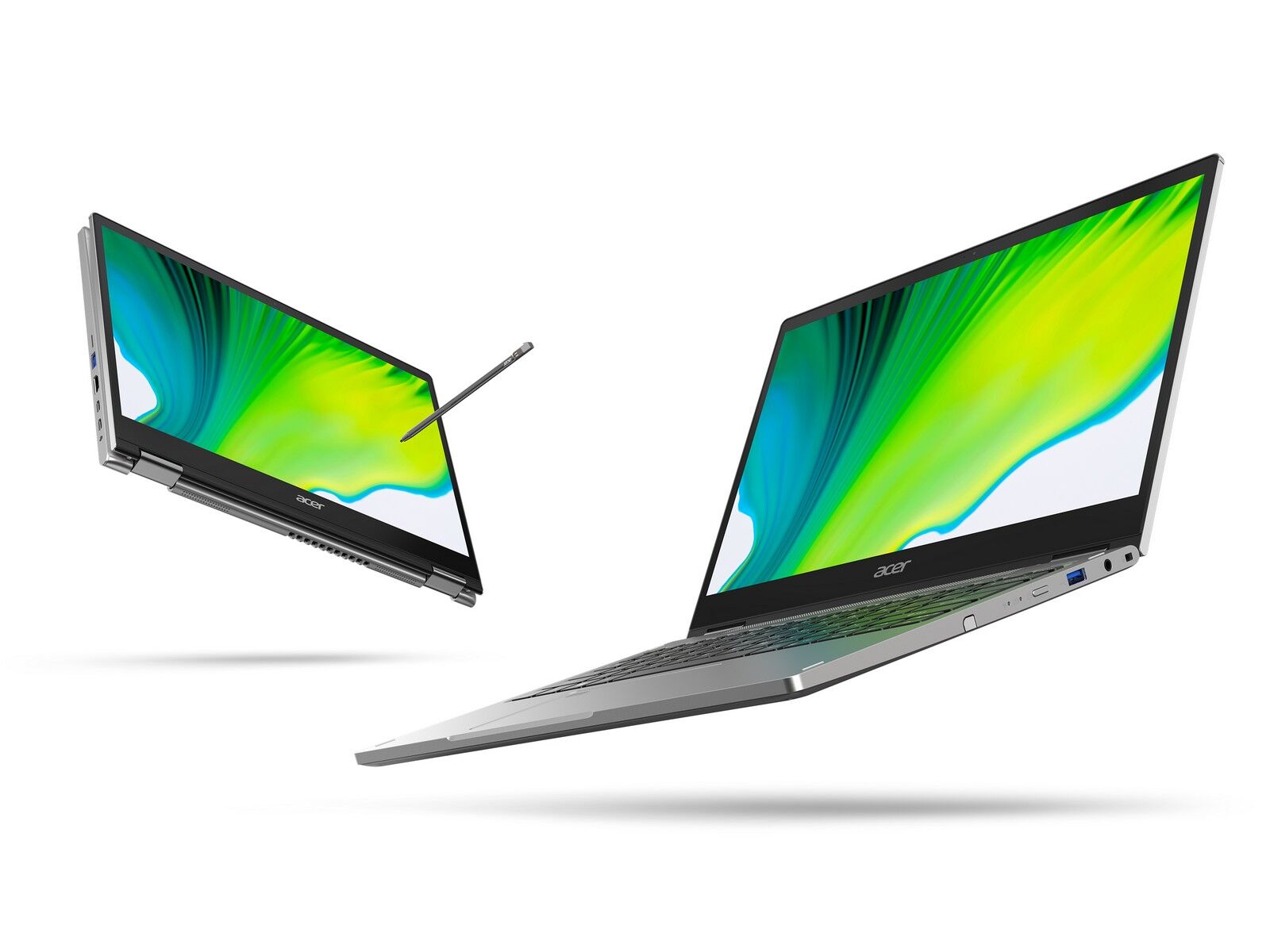 Starting off with the Acer Spin 3, it is an ultraportable productivity laptop with a 13.3-inch multi-touch IPS display with 16:10 aspect ration and WQXGA (2560 x 1600) resolution. It is powered by the 11th Gen Intel Core CPU with Intel Iris Xe graphics, and is capable of a 360° rotation for better versatility.

It also comes with an Acer Active Stylus built in with over 4,096 levels of pressure sensitivity, making it viable choice for writers and sketch artists. Apart from that, you can also expect dual SSD storage, two USB Type-C ports with Thunderbolt 4, and Killer 1650 Wi-Fi. 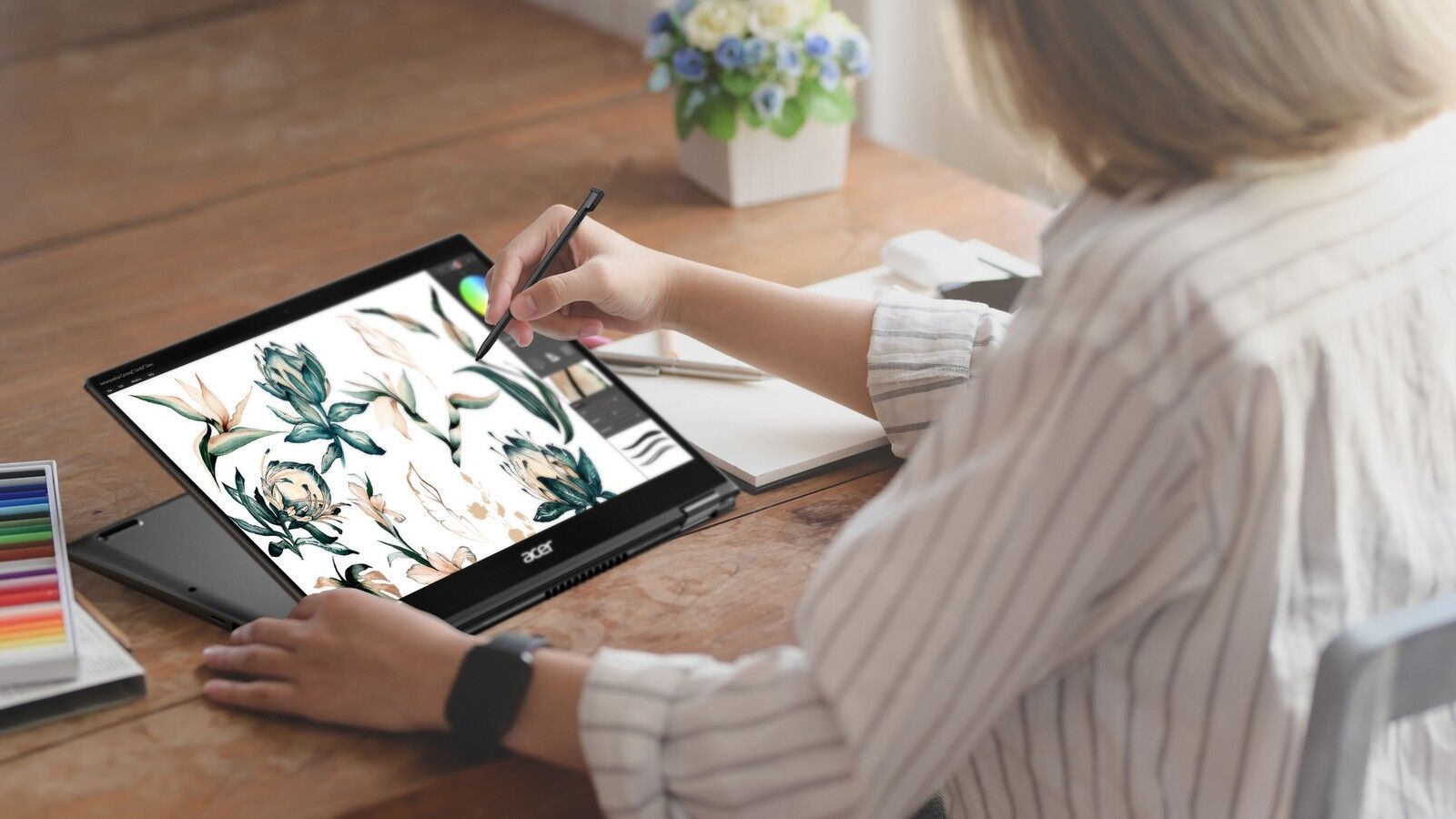 Then we have the Acer Spin 5, a laptop has already won the 2020 Red Dot Design Award. It’s a 360° convertible touchscreen laptop that weighs in at 1.2kg and just 14.9mm thin. Its keyboard has been slightly elevated for a more ergonomic typing experience and improved thermals. What’s interesting here is that the touchscreen and touchpad are covered by an optional layer of Antimicrobial Corning Gorilla Glass.

This one is powered by an 11th Gen Intel Core i7 CPU and Intel Iris Xe GPU. The display uses a 3:2 IPS VertiView display which is said to provied 18% more screen real estate compared to a regular 16:9 display. There’s also an integrated Acer Active Stylus with Wacom AES technology to cater to creatives. The battery life is said to last up to 15 hours per full charge. Apart from that, you’ll get Thunderbolt 3, Killer 1650 Wi-Fi and dual stereo speakers.

Lastly, we have the most interesting of the bunch, the Acer Spin 7. It also has a 360° hinge but what makes it truly special is that it’s powered by an Qualcomm Snapdragon 8cx Gen 2 5G SoC. It also receives the same Antimicrobial treatment. 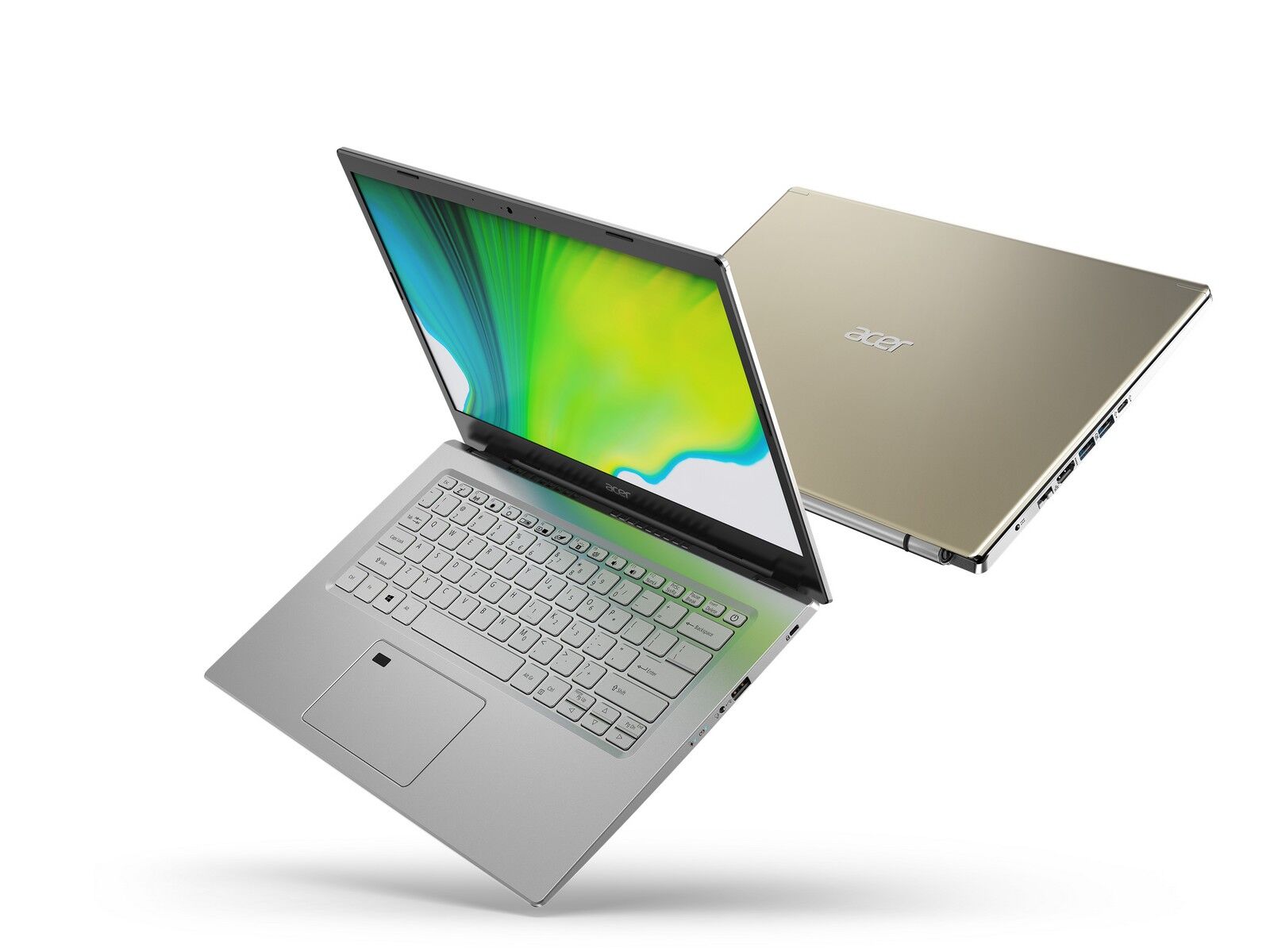 Next up, we have the Acer Aspire 5. It is powered by the 11th Gen Intel CPU and Intel Iris Xe GPU, but you can also opt for the NVIDIA GeForce MX450 dGPU instead if you need more power. On the memory side, you can get up to 24GB DDR4 RAM and 1TB M.2 SSD along with a 2TB HDD storage.

Apart from that, the hinge has a subtle lift which results in a tilt for the keyboard, thus making your typing experience more comfortable and improved the thermals. It also has the dual band Intel Wi-Fi 6 (Gig+). 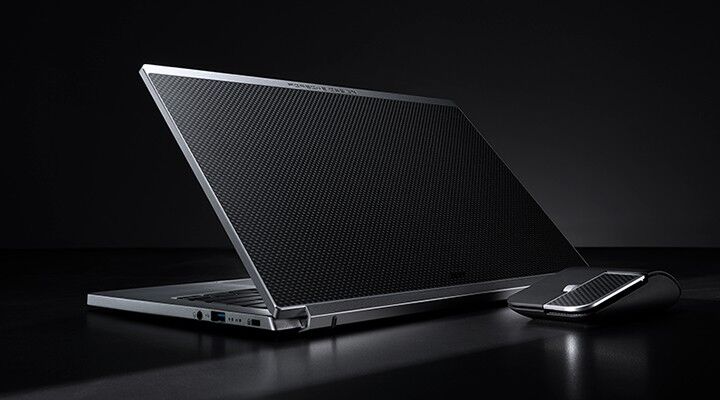 One of the more notable highlights on the premium end is the Porsche Design Acer Book RS. As the name indicates, you get a luxurious design, featuring an all-metal chassis and carbon fibre cover, married to performance, powered by the 11th Gen Intel Core i7 CPU and NVIDIA GeForce MX350 GPU.

As for memory, you can get up to 16GB RAM and up to 1TB SSD storage. This luxurious laptop is Intel Evo certified, which will sure a responsive user experience in and battery life of at least 9 hours. 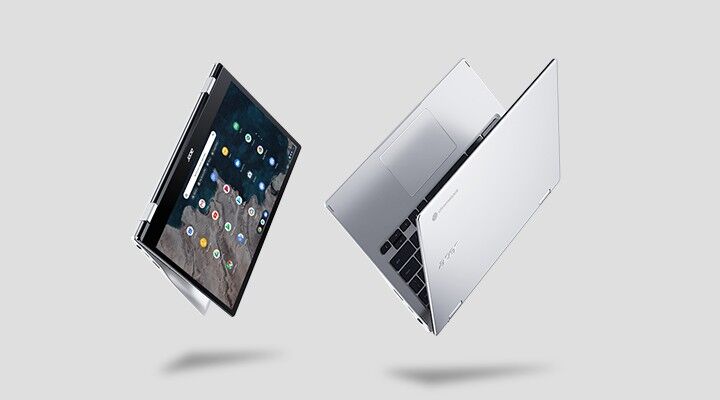 For Chromebook lovers, the Acer Chromebook Spin 513 and Chromebook Enterprise Spin 513. They are said to be the first Chrome OS machines to be powered by the Qualcomm Snapdragon 7c. Both laptops can be configured with 4G LTE connection for those who want constant internet access on the go.

Apart from that, you are expected to get up to 128GB storage, 8GB RAM, aluminum top cover, two USB-C ports, one USB-A port, and also a 360° hinge. Weighing it at just 1.19kg, it’s very convenient to bring around. The Enterprise variant will have a bunch of management and security features to cater to businesses.

Pokdepinion: I’m very keen on trying those Snapdragon laptops. I really hope it reaches Malaysia so I can try it out.

Aiman Maulana
Jack of all trades, master of none, but oftentimes better than a master of one. YouTuber, video editor, tech head, and a wizard of gaming. What's up? :)
Pokde Recommends
AcerAcer Aspire 5acer chromebookAcer Swift 3XChromebookglobalIntelLaptopGadgetLaptopNews
MORE
Read More
1157