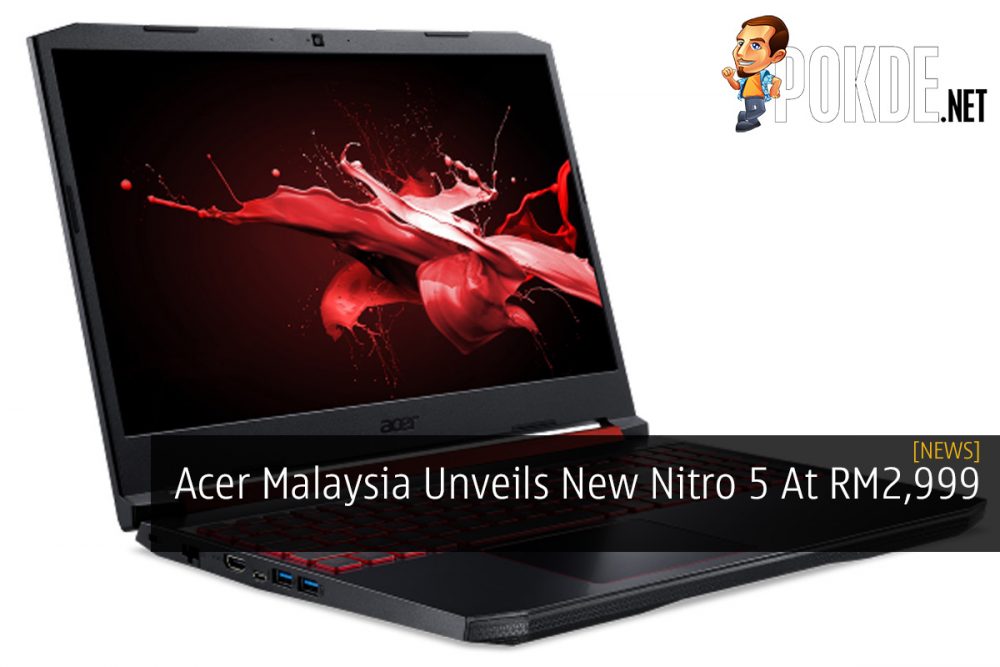 If you’re looking for a new laptop, well Acer Malaysia has introduced their new Acer Nitro 5 (AN515-43-R3B4) laptop, which is powered by a Ryzen 7 3750H processor and NVIDIA GeForce GTX 1650 graphics.

The Acer Nitro 5 also comes with 512GB PCIe NVMe SSD and 4GB of DDR4 RAM, which you can upgrade up until 32GB. There’s an additional m.2 slots plus a HDD Upgrade Kit, should you want to upgrade even further.

Aside from that, it offers a 15.6″ Full HD IPS display with a 120Hz refresh rate. As for the audio side of things, it offesr Waves MaxxAudio sound optimization technology with Acer’s TrueHarmony.

Its dual fans dual exhaust port design comes with Acer CoolBoost tech that they claim increase fan speed by 10% and CPU and GPU cooling by 9% compared to auto mode. For network, it comes with Killer Ethernet E2500 and Acer Network Optimizer allowing you to have a smoother connection while gaming online.

The new Acer Nitro 5 is now available at stores nationwide as well as their official online store at the price of RM2,999.

Pokdepinion: It looks like a solid laptop for those who are in a budget. Will you be getting one? Let us know.

You Are Now Able To Buy Fresh Groceries From Shopee
Next