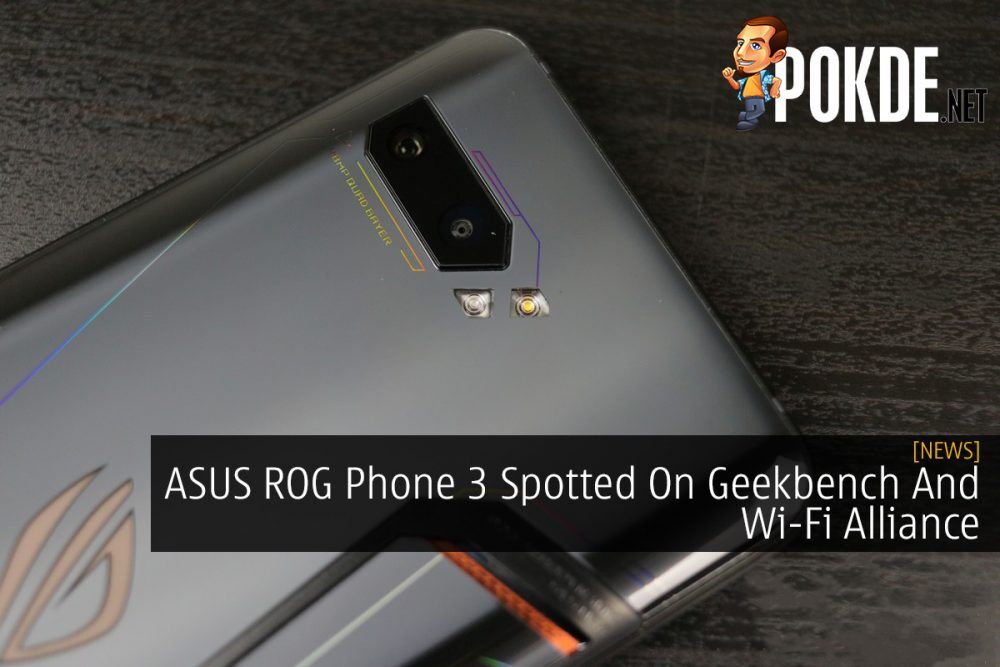 ROG fans have been waiting for the latest ROG Phone 3 and it seems that their wish is coming real soon as the it was spotted on Geekbench as well as WiFi Alliance.

As you can see, the phone hides itself as ‘I003DD’, both on Geekbench as well as on WiFi Alliance. As we’ve reported previously, there will be no Snapdragon 865+ chipsets around this year. Thus the ROG Phone 3 will be packing a standard Snapdragon 865 SoC.

Why is it suggested that the model listed is indeed the ROG Phone 3? Well it’s older brother, the ROG Phone II had a very similar codename before launch.

Whatever the case, we are all pumped up to see the new ROG Phone. We will keep you updated should there be any updates regarding the device. Till then, watch this space.

Pokdepinion: I’m quite excited to see how ASUS is going to step up on the device. Hopefully it arrives sooner rather than later.

Raja Idris
The name's King, Kingky King. Likes to keep it simple and straightforward. A person who games regardless of what platform. Need value for money performance? Get AMD.
Pokde Recommends
ASUSASUS ROGbenchmarkGaming SmartphoneGeekbenchleakMalaysiaRepublic of GamersGadgetNewsSmartphone
MORE
Read More
1815